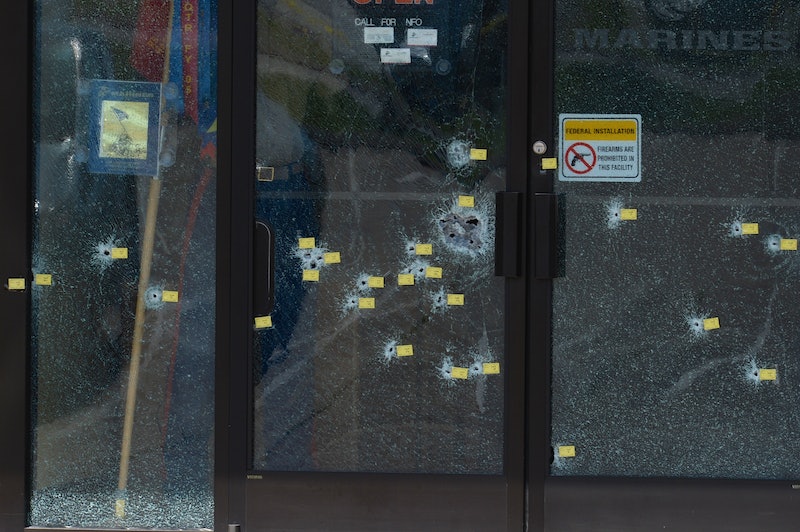 On Thursday, the nation was rocked by news of a deadly shooting in Chattanooga, Tennessee, an attack on a pair of military centers that left four people dead, all of them U.S. Marines. The alleged shooter, 24-year-old Mohammad Youssuf Abdulazeez, did not survive the encounter either — he was subsequently slain by the police, U.S. officials told CNN, which makes the job of determining his motivations that much more difficult. So, why did the Chattanooga shooter do it?

Here's what we know so far, and, importantly, what we don't. At about 10:45 a.m. local time, Abdulazeez descended on the first of his targets, a military recruitment office at a Chattanooga strip mall, and opened fire. He didn't kill anyone inside, thankfully — he hit one Marine recruiter in the leg, according to NBC News, while the others inside managed to barricade themselves inside a back room and wait out the harrowing attack.

But, some 30 minutes later, his assault on a second target reaped a heavy toll. Four Marines were slain at a Navy and Marines Crops Reserve Center, and a member of the Navy was critically wounded in the attack, reportedly shot several times, and is now undergoing treatment at a hospital.

The conclusion that most people have arrived at is obvious and familiar — that this could have been an act of terrorism, given the target (U.S. military sites), and the recent travel history of Abdulazeez. According to The Washington Post, U.S. authorities are now investigating a trip he took to the Middle Eastern nation of Jordan in 2014, although they've been careful to state that as of now, there's no evidence yet to suggest he was collaborating with any other people or groups.

The cause for concern elicited by a trip to Jordan is fairly obvious. Despite being a stable U.S. ally, it's one of the neighbor states to Syria, and prospective ISIS recruits have used it to enter the war-torn country. None of this is to say that such a connection exists, but it's surely part of what the authorities will be looking into in the coming days. Abdulazeez was reportedly a member of a middle-class Muslim family in Tennessee, so the investigation will likely try to trace whether or not he was radicalized abroad.

The most compelling view into Abdulazeez's potential motivations, however, may be a pair of blog posts attributed to him, which were discovered after the shooting. They present an overarching, fundamentalist vision of Islam — as The Daily Beast details, he wrote about earthly life being "designed to separate the inhabitants of Paradise from the inhabitants of Hellfire," and about the need to "establish Islam in the world."

We ask Allah to make us follow their path. To give us a complete understanding of the message of Islam, and the strength the live by this knowledge, and to know what role we need to play to establish Islam in the world.

Obviously, there's some need for care, here. The United States has been in varying states of war for more than a decade, predominantly motivated by an effort to snuff out extremist Islamic terrorism. It's a political and a military fixation that's cost thousands of lives, stigmatized many Muslim-American communities, subjected them to invasive mass surveillance, and given rise to a veritable cottage industry of Islamophobia.

But it's also an unavoidable truth that some, albeit few, adherents of Islam — like countless hardline members of various faiths throughout history — leverage violence for their spiritual causes. Hopefully, the way we talk and think about this will apply that crucial nuance, and hopefully the history of how Abdulazeez arrived at this bloody conclusion will become more apparent as investigations continue.

More like this
'The Capture' Is Finally Back – & S2 Looks Tense AF
By Sophie McEvoy and El Hunt
The Lionesses Are Calling For Equal Access To Football In Schools
By Sophie McEvoy
25 Things I've Reduced My Life To, In Addition To WFH In My PJs
By Ginny Hogan
Gassed Up Promises All Things Action, Risk, & Redemption
By Frances Stewart
Get Even More From Bustle — Sign Up For The Newsletter