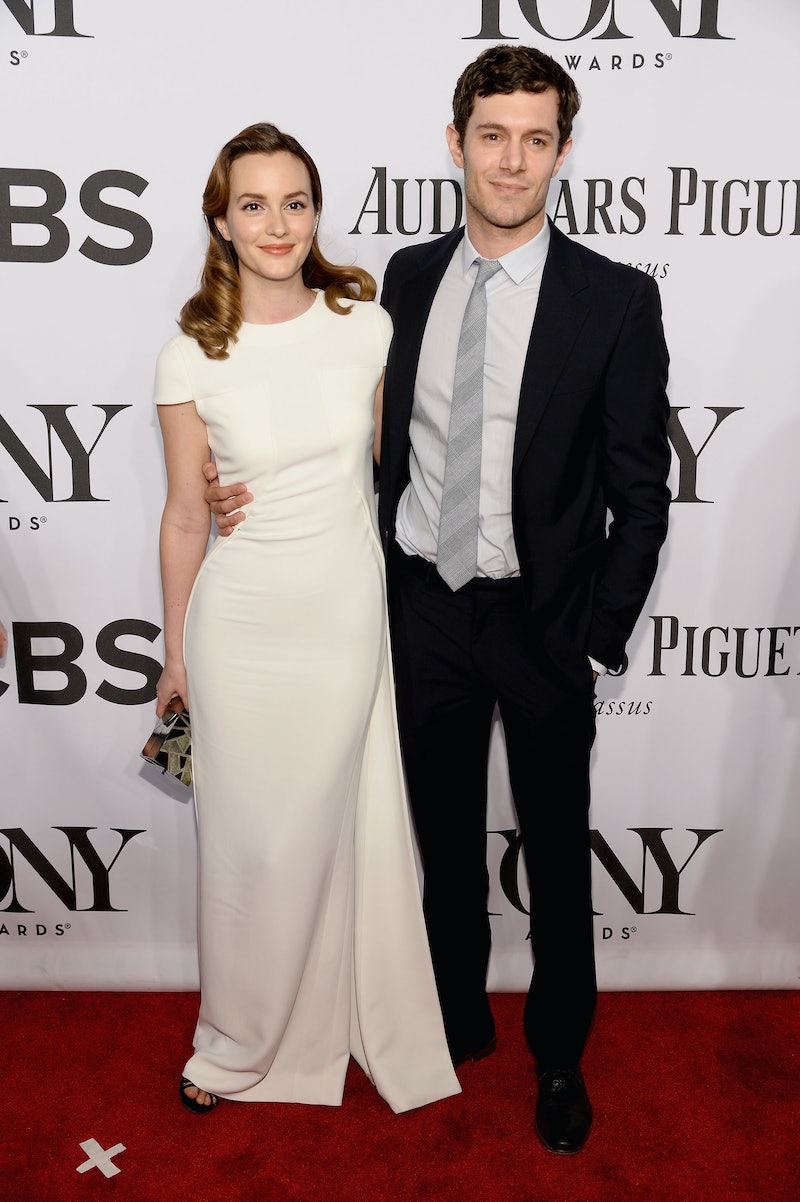 Well, it's official: Blair Waldorf and Seth Cohen had a baby. Who would have ever thought these two characters from Gossip Girl and The O.C. would get married and have kiddos? OK, OK, these TV characters never did any of that, but the actors who played them sure did. According to Us Weekly, Leighton Meester and Adam Brody welcomed their first child. Per a source, the baby was born last week. Of course, that's the only information provided, because they are one private couple. Bustle reached out to both Meester and Brody's reps, but did not receive an immediate response.

(Update: According to a TMZ report, the couple welcomed a daughter on Aug. 4 and named her Arlo Day.)

The couple never confirmed they were expecting, but based on a May 2015 photo of Meester sporting a baby bump, it definitely looked like the duo were indeed having their first child. Both Gossip Girl and The O.C. fans started freaking out at the thought of the actors having a child together. I mean, a mini-Blair Waldorf or a mini-Seth Cohen running around? Yeah, that's just phenomenal and bound to make anyone topple over because of the cuteness.

Anyways, just like they remained mum about their pregnancy and their wedding (yeah, Brody and Meester married in secret in February 2014), they'll probably be all secretive about their first child. However I can't blame them, because I'd probably want to keep things private too if I were famous.

With that said, let's wish them a huge congratulations!