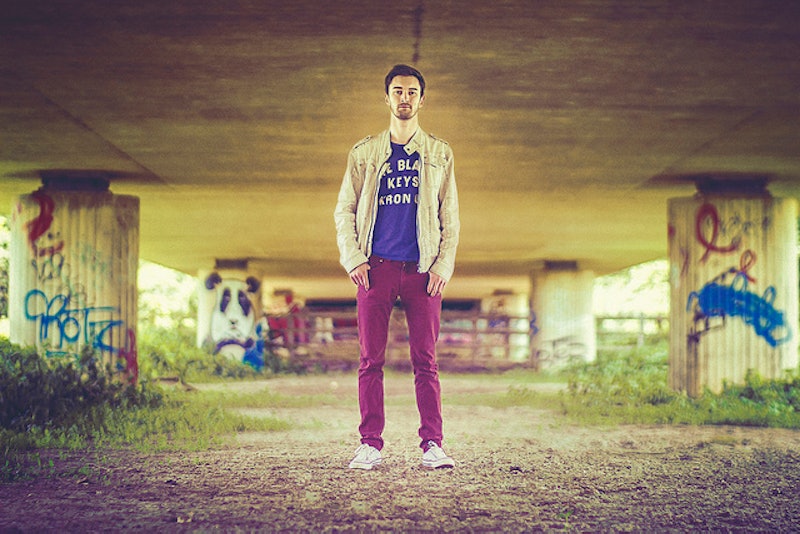 When you think of the hottest guys in America, chances are, you’re probably thinking they live somewhere in the SoCal region where the guys are all tanned, toned, and have beautifully sun-kissed California hair. However, while L.A. may be home to movie stars and the like, it didn’t even crack the top ten cities of where the most handsome men in America live. If you’re looking to score a good looking guy who is well groomed, takes care of himself and actually, you know, showers, you might try looking north. More specifically, the Pacific Northwest. A new survey found that Seattle tops the list of the “Nation’s Most Handsome Cities.”

The survey, which was conducted by Grooming Lounge, the men’s grooming company, ranked the most handsome cities in America by factoring in how much money men spent on things like personal care services and products, shaving products, apparel, and fitness.

“We are in the business of making men more handsome and as we expand and look for franchise partners, it’s important for us to know which cities will be most receptive to our mission,” Mike Gilman, Grooming Lounge Founder and CEO said in a press release.

According to the survey, Seattle guys spend an average of $3,413 on personal care items, showcasing the importance of good hygiene when it comes to overall attractiveness. As Gilmam told TODAY.com,

"You can be a handsome guy but if you don't take care of yourself, it's hard for that to shine through. … People who spend time and money and effort on taking care of themselves, they end up looking a little better, a little more handsome. Just like when people get dressed up, they tend to look a little nicer."

Other cities that made the top five include San Francisco and Washington, D.C. Surprisingly enough, major cities like Los Angeles and New York, which have been widely known for having the hottest singles, failed to make it to the top five.

Here are the top 10 Most Handsome Cities in America:

Seattle is home to Amazon, which is arguably the biggest online retailer on the planet. According to Payscale.com, Amazon’s workforce is 75 percent male. Because of Amazon’s continuous growth, a 2014 study conducted by Jeff Reifman, a writer and technology consultant, found that for every 130 single men in Seattle, there are 100 single women.

The only California city to break the top 10! According to the Grooming Lounge survey, San Franciscan guys spend an average of $3,731 on apparel. Furthermore, a 2013 Facebook study found that San Francisco actually has the highest ratio of single men to single women across the U.S.

Washington, D.C. is home to the Grooming Lounge HQ. It's also home to the fittest guys in America, according to the 2014 American Fitness Index. Guys from D.C. spent more on personal care services than men from other cities, and were third as far as how much they spent on apparel.

While Seattle and San Francisco may be great for women, Boston is really great for men. In fact, an MIT researcher developed an algorithm which found that if every single guy in Boston were to get rid of matches he wasn't really into, he'd still be left with about 2,500 alternative female options. Furthermore, a 2012 Glamour Magazine and Match.com survey found that Boston was actually the worst major city for single women looking to date. It might have something to do with the fact that one out eight Bostonian men expect sex on the first date. At least they have good looks and personal hygiene going for them!

Rounding out the top five is the Mile-High City. According to a ranking released earlier this year by financial analyst site, NerdWallet, Denver was found to be one of the 20 best cities for singles in the country. About 59 percent of the population aged 15-plus are unmarried, and the average date costs around $72.34.

The great NYC. According to a Match.com survey, New York is a great place for singles because about 50 percent of the city's population is unmarried. According to Glamour, since 2006, the excess amount of single women in New York City has dropped from more then 200,000 to 150,000. However, while that number has dropped, there are still a lot more single women than men.

Austin may have some of the country's best looking dudes, but it also has the most "sex-happy" ones, as well. According to Men's Health study done earlier this year, Austin ranked highest as the most sex happy city in the nation. It's also the country's number one buyer of condoms.

According to Thrillist, dating may be kind of hard since everyone there seems to be married, and people there aren't naturally looking for just one-time hook-ups. However, it's filled with tons of musicians and chivalry isn't dead.

When it comes to Atlanta, 55 percent of people surveyed in a 2012 Daily Beast study found that Atlanta had a really good dating scene. Women cite that the best part about dating in Atlanta is the southern gentlemen, while men believe it's the endless supply of women. Most women would prefer their first dates to be over drinks, while 50 percent of men prefer to go to dinner.

According to The New York Times, people in Minneapolis like to fall in love in the winter because staying in and cuddling is a totally acceptable thing. Plus, things are kept pretty casual there. According to Thrillist, it's completely OK to go out wearing your North Face jacket and boots to go out and grab drinks. So, if you're looking for a good-looking guy to cuddle with during the cold months, try looking for one in Minneapolis.

Here is the Grooming Lounge infographic, with the full results of their study:

More like this
Are Sagittarius & Capricorn Compatible In A Relationship? Astrologers Weigh In
By Kristine Fellizar
Are Sagittarius & Sagittarius A Good Match? Astrologers Weigh In
By Kristine Fellizar
Anguilla Is The Under-The-Radar Caribbean Destination You Need To Visit
By Rachel Lapidos
These Cheap Things With Near-Perfect Amazon Reviews Will Make Your Home Look SO Much Better
By Dena Ogden
Get Even More From Bustle — Sign Up For The Newsletter