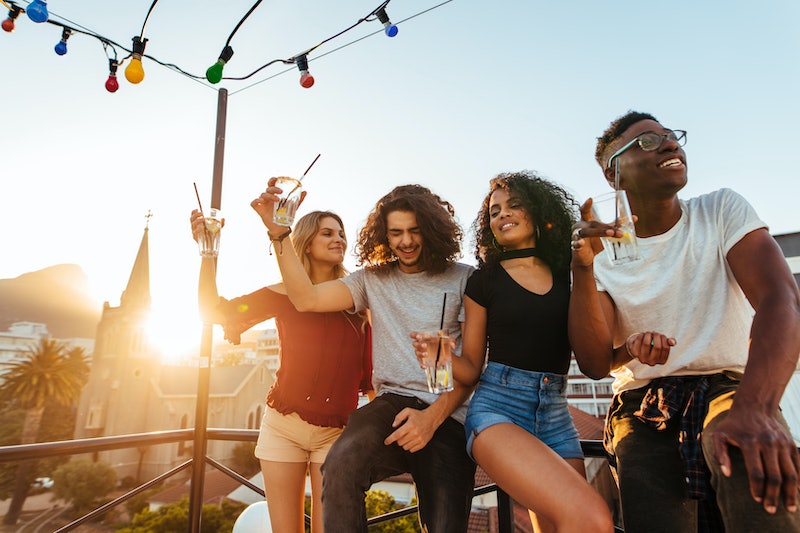 In case you’ve ever idly wondered whether some neighborhoods in your city have more attractive people in it than others, this one’s for you: Online dating site Zoosk recently teamed up with Yelp to identify which neighborhoods in five U.S. cities have the hottest singles. Zoosk’s data analysis wizards took a look at 146,020 of the site’s profiles to determine which neighborhoods in San Francisco, Los Angeles, New York, Chicago, and Atlanta had the most attractive singles, both under and over 35; then Yelp stepped in and matched each location with a tried-and-true first date spot. After they’d gathered their results, they assembled them into a handy-dandy infographic; scroll down to check it out.

On a personal note, I usually think it’s worth taking the words like “hottest” and “most attractive” with a pretty large grain of salt; what does it for one person may not do it for another, and as I’ve noted before, no one ever has to justify who they date and why. But hey, if you find surveys like this useful, do with it what you will. Get out there and have some fun, whether you’re looking for a holiday fling or something a little longer-lasting.

Now then! Some results:

According to Zoosk's data, people under 35 in San Francisco are apparently 15 percent more likely to want to meet people who live in West Oakland; these users cite the best first date location as The Beer Shed at the Dock, which, according to its website, has an excellent beer selection. They’ve got things other than beer too, of course, but it’s the beer that stands out to me. I don’t even like Pilsner, but I’d definitely be willing to drink one called “Evil Twin Low Life Pilsner.” Over 35s, meanwhile, would rather hang out with people from Marina — a whopping 29 percent more likely, in fact.

I’ll admit that I’m kind of surprised that the under 35s of New York seem to like to meet people in or from TriBeCa (they’re 15 percent more likely to gravitate towards; it’s not exactly a cheap neighborhood, so you’re probably more likely to find people who aren’t suffering as much from the economy or job market there. The jazz club B Flat is a popular date location, as long as you don’t mind $14 cocktails. Battery Park, on the other hand, draws in the over 35 crowd, who are 32 percent more likely to want to date in and around it — and with that view, I can’t really blame them.

Interestingly, Atlanta is the only one of the five cities that doesn’t have a huge discrepancy between the under 35 percentage and the over 35 one: Under 35s are six percent more likely to want to meet Westside singles, while over 35s are five percent more likely to want to meet Buckhead singles. JCT Kitchen & Bar and Bone’s Restauranthttp: apparently make great date spots. Any Atlanta-based folk out there want to confirm?

Check out the full infographic below. Happy dating!

More like this
Hinge's New NFAQ Feature Is Demystifying Queer Dating
By Emma Carey
The Best Time To Date After A Breakup, According To Experts
By Bustle Editors
The “Whisper Method” Is The Latest Manifestation Technique Going Viral
By Meguire Hennes
The Top Mistakes Scorpios Make In Relationships (& How To Avoid Them)
By Nina Kahn
Get Even More From Bustle — Sign Up For The Newsletter