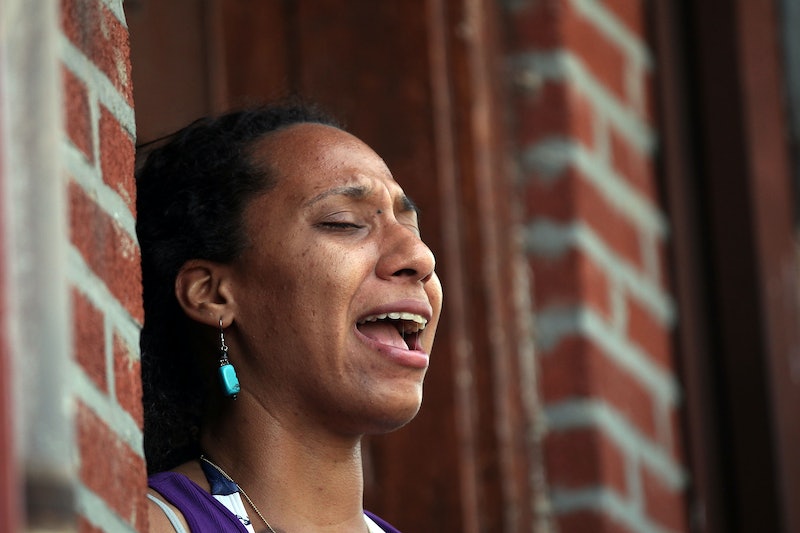 The FBI has stepped in to help with an investigation in Prairie View, Texas, that concerns a woman who allegedly hanged herself in her jail cell. The woman was stopped on Friday after failing to use a turn signal. Officers allege that she became violent and was accused with assaulting a public servant before being led to jail. On Monday morning, she was found dead of asphyxiation in her cell, according to the county police departments. Powerful tweets about Sandra Bland, the woman who sadly lost her life in jail, point to the many questions raised about local law enforcement's account, as well as who Bland was as a person.

Bland was living in Naperville, just outside of Chicago, and had taken a road trip down to Texas where she'd accepted a student outreach job at her alma mater, Prairie View A&M. She was stopped just down the road from the school and her detainment was filmed by a bystander. In the video, you can hear Bland screaming out in pain, as well as thanking the person for filming the incident, a move she would have surely advocated for given her deep commitment to equality and the #BlackLivesMatter movement against police brutality.

Her Facebook profile was filled with posts on the power of social media in the face of systemic racism. Thus, it makes perfect sense for those on Twitter to use the platform to not only mourn the life of Bland but to honor her memory, while continuing to advocate for a thorough investigation into her death.

Bland's family maintains that they believe her death was a result of foul play. Her sister, Sharon Cooper, called the possibility of suicide "unfathomable" at a Chicago press conference. In addition to FBI involvement, the Texas Rangers are also looking into Bland's death. Waller County District Attorney Elton Mathis released the following statement regarding the investigation:

I understand there’s some disbelief among some friends and family that she would do this to herself. That’s why it’s very important that the Texas Rangers be allowed to conduct a thorough investigation.

A Change.org petition advocating for the US Department of Justice to officially take over the investigation into Bland's death has already garnered over 70,000 signatures. Likewise, protests have been staged outside the Waller County jail where Bland was found allegedly asphyxiated by hanging from a plastic bag in her jail cell. Demonstrators of incredibly diverse backgrounds took to the lawn in front of the jail, calling for an increase in law enforcement oversight while also questioning the few so-called facts that have been released regarding the circumstances of Bland's death.