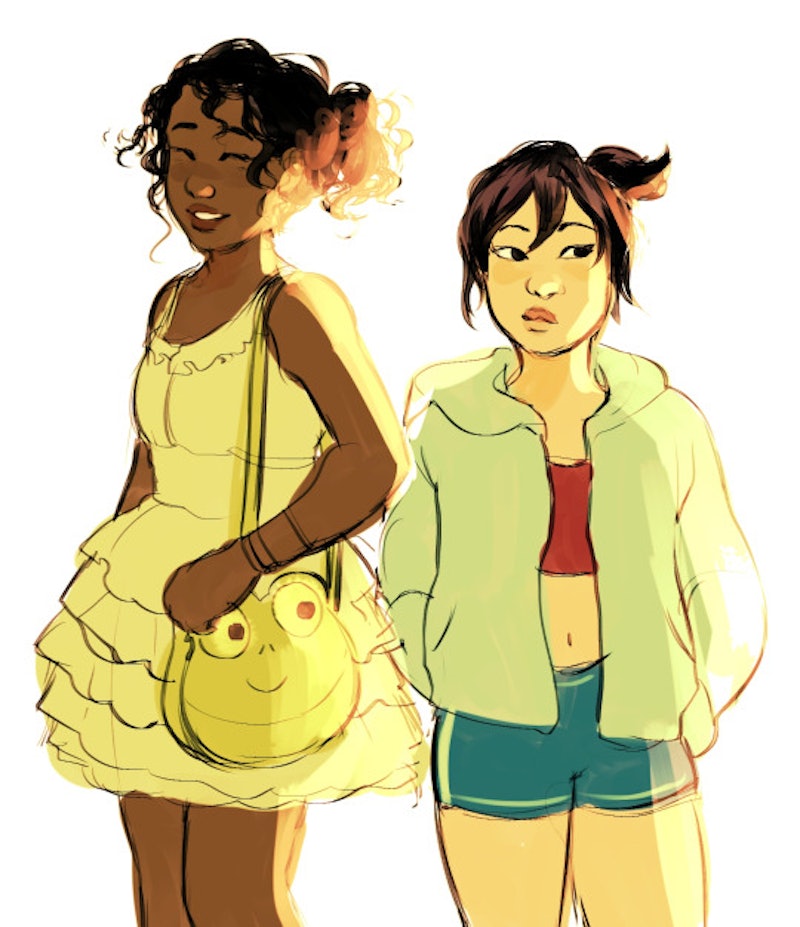 Look, I love Disney princesses just as much as the next dangerously #basic '90s baby, but in adulthood, I have come to acknowledge some of the ridiculously strange body standards that they project. That's why I'm beyond hella excited about Tumblr user bevsi and her series of modern-day Disney princesses. Artist Bev Johnson, a student at the Rhode Island School of Design, manages to effortlessly depict the personalities of the princesses not just in the clothes she designed for them, but in their facial expressions and the way they carry themselves as well. And the best part? They actually look like real humans, instead of the same-shaped human model that they all seem to take after as their movie selves.

The way Johnson draws them, these girls still look like someone who could command an entire icy kingdom or lead a strike force against the Huns, but also like someone you'd want to sit next to in English lit and borrow a pencil from. "I’ve seen a lot of Disney princess interpretations that were high-fashion and just wanted to draw my own casual version," Johnson said to Bustle about the work, which has gone viral on Tumblr, accumulating over 38,000 notes.

It's no wonder people love them so much — how could you not want to be besties with all of these ladies? Here is Johnson's interpretation of your faves:

For the ~first time in foreeeeverrrr~ ... these two actually look like sisters.

Ariel is the perfect amount of naively unaware, and Jasmine looks like the BFF who would throw shade at anyone who so much as looked at you the wrong way.

First off, I'll never be over the frog bag. Second, I 'ship these two as best friends so hard.

I love the seamless way their movie clothes translate into 2015 clothes here, and also the fact that these are the two princesses someone might mistake for being shy when they're just very thoughtful.

Our newer, less "traditional" princesses would be the perfect blend of sugar and spice.

Bev Johnson also shares her artwork on her Twitter and Instagram pages, so keep an eye out for more of your favorite animated characters, plus general artistic awesomeness!