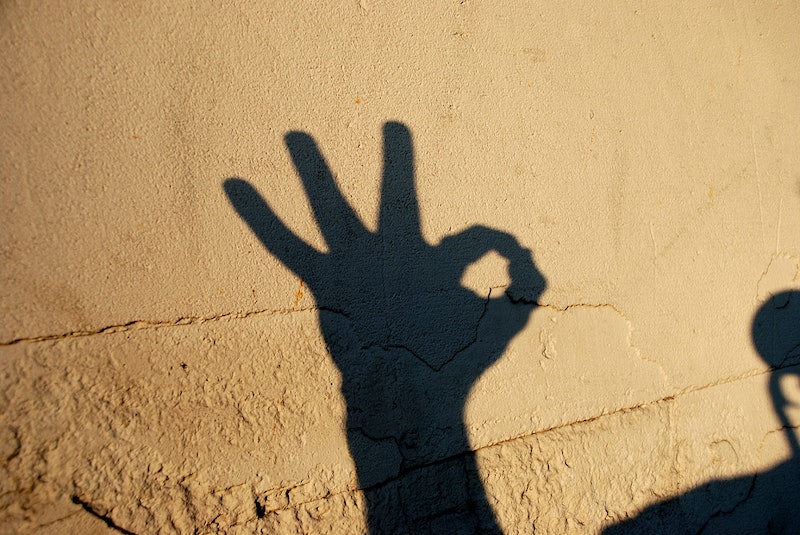 It's our standard response to anything that needs affirmation as something good or positive: “Everything's OK.” “Is that OK?” “OK!” But where does “OK” come from, really? Every word has an origin story — so how did this one come to be? Good news: We've got some answers. Arika Okrent and Sean O'Neill are back with another video exploring the beginnings of a commonly used word for Mental Floss. Today, the word in question is so commonly used that many of us have probably never even thought to wonder where it came from in the first place.

According to Okrent, there are a huge number of rumors about where the word “OK” comes from drifting about in the ether — but most of them are what she calls linguistic “Just So” stories, which can obscure the origins of the term even more. That's where the lexicographers of the world coming, combing through as much written material as they can from throughout history in order to hunt down solid evidence about how words and our usage of them evolve. One such lexicographer and professor, Allen Walker Read, spent years researching “OK” — so for the curious, here's what he found:

Allow me to have a moment of home state pride: The origins of “OK” are thought to date back to 1839, when a Boston newspaper editor used the two-letter combination as an abbreviation for “all correct.” The question that immediately pops up with regards to this revelation, of course, is why the abbreviation for “all correct” wouldn't be “AC” — and here's where it starts to get interesting.

2. A Craze for Letters

The newspaper editor's use of “OK” came at a time when what the cool kids were doing was abbreviating everything they possibly could in order to be what Okrent calls “flip and cute.” In an effort to be even more flip and cute, people would even play around with the spelling of the original words — things like “no go” becoming “know go,” therefore leading to the abbreviation “KG” instead of “NG.”

But with all of these weird abbreviation featuring letters that the words and phrases they were abbreviating didn't begin with floating around out there… why did “OK” stick, while so many of the others didn't?

Long story short: Martin Van Buren, also known as “Old Kinderhook.” During the 1840 presidential election, Van Buren's supporters called themselves “the OK club,” using as their platform the notion that Old Kinderhook was oll korrect. As the race went on, though, the OK club regularly fought with William Henry Harrison's supporters, who were fond of filling in other meanings for the abbreviation “OK” (“orful katastrophe,” etc.). The papers, of course, covered the feud religiously, bringing the phrase to the masses

Around the same time as both the newspaper appearance of “OK” and Van Buren's “OK club,” there a third event occurred which, when combined with the other two, cemented the abbreviation in our collective vocabulary: The commercialization of the electric telegraph. “OK” made for a quicker and more efficient response for operators to confirm that yes, they had received the message.

Over time, the origin story of “OK” may have gotten a little lost — but the term is more popular than ever. Check out the full video below for more: