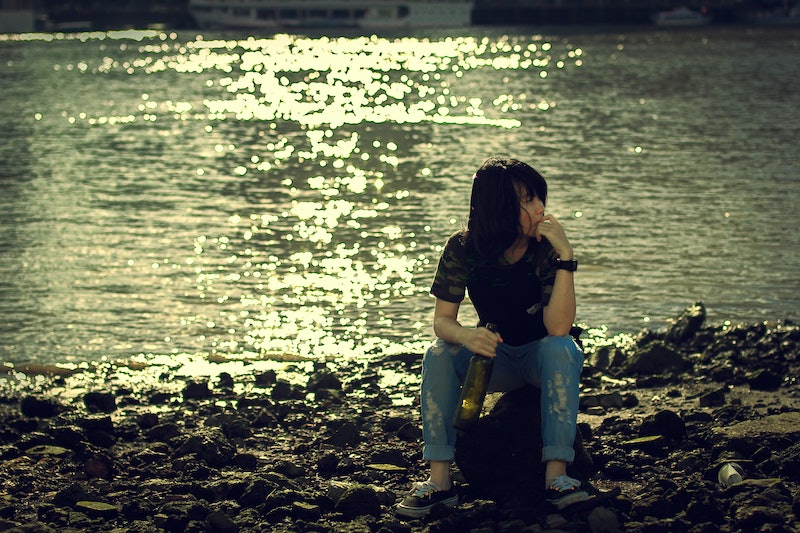 Loneliness is a familiar but uncomfortable emotion for us all — so uncomfortable, in fact, that lonely people have shorter lives. Even so, the shell of loneliness can be hard to break free from. In fact, it can feel as if the lonelier we are, the tighter the shell wraps around us and the harder it is to reach out from underneath it. A recent study on why people are lonely reveals that this metaphorical shell is very real: Loneliness is self-perpetuating.

Franklin and Marshall College psychology professor Megan L. Knowles and her collaborators wondered whether lonely people were lonely because of inferior social skills. So, they asked participants in their study about their loneliness levels and then had them identify the emotions expressed by different faces on a screen. Debunking the hypothesis that poor social skills kept people lonely, lonely people did just as well as and sometimes better than the rest of the group — when they were told that the task tested their academic aptitude.

When the researchers told participants that the face task tested their social skills and that people who performed worse had more trouble making friends, the game changed. Suddenly, lonely people performed worse than their more socially active peers. The authors attribute this drop in performance to "choking under pressure," a phenomenon with two widely accepted explanations: monitoring ("conscious attention disrupts their smooth execution and makes the result unreliable") and distraction ("worry or anxiety about failing can distract a person from performance-relevant cues and thereby impair performance"). They conclude, "Lonely individuals may not need to acquire social skills to escape loneliness; instead, they must learn to cope with performance anxiety in interpersonal interactions."

"Perhaps lonely individuals choke on socially framed tests of interpersonal skills because they expect to perform poorly on them. Such negative expectations might produce a self-fulfilling prophecy," the authors speculate. In other words, maybe social isolation gives people insecurities about their social aptitude, leading them to further withdraw. Or maybe these insecurities caused the withdrawal in the first place.

Another potential explanation the authors offer has to do with stereotype threat — the fear that one will perform in accordance with a stereotype, leading them to fulfill that very stereotype. For example, they point out, men often perform worse on "social sensitivity tests framed in a gendered way," just as lonely people performed worse on the test when it was framed in a social way. They know they're supposed to perform worse based on their social habits, so they subconsciously do.

Finally, one interesting finding in a companion study identified anxiety as a source of the choking — but only when it was attributable to social pressures. When the subjects drank a caffeinated beverage before the task, they were able to dismiss their symptoms as anxiety as symptoms of the caffeine, and the performance gap disappeared.

Regardless of where these insecurities come from and what role they play, numerous studies have shown them to be unfounded. Another study from back in 1987 found that lonely people performed as well on speaking and listening tasks even though they evaluated their performance as worse. Maybe, people can learn to dismiss these unfounded anxieties without the aid of caffeine — or with it, because after all, a cup of coffee never hurt anyone.