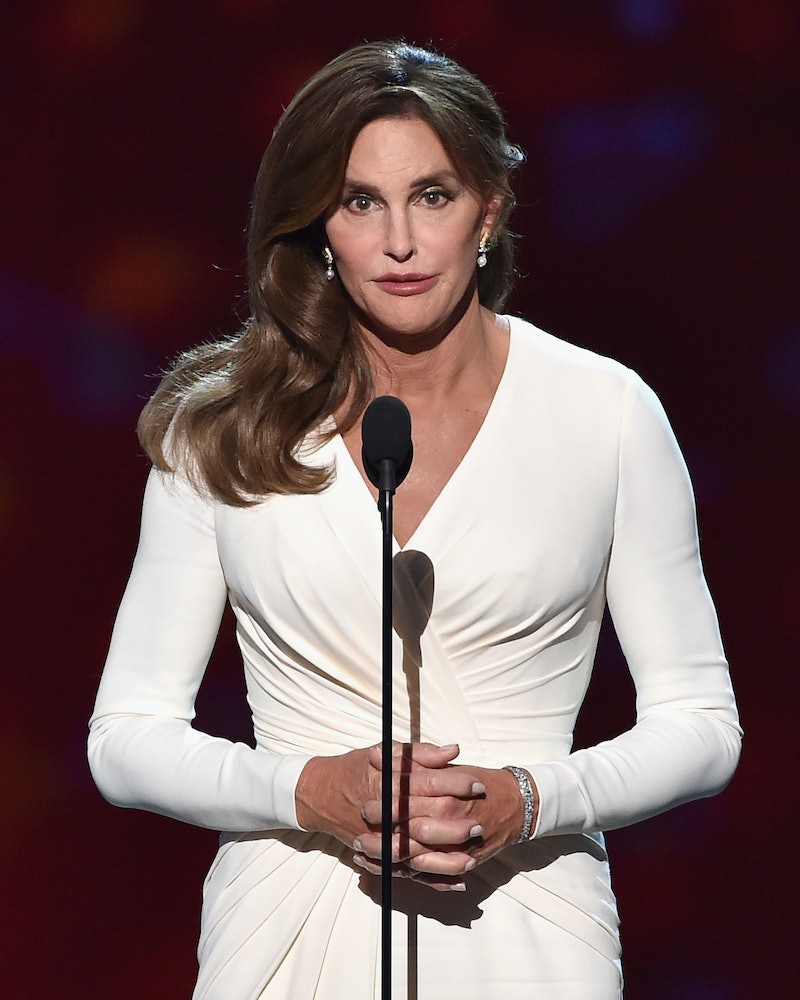 Despite previous Dancing With the Stars appearances by Kim Kardashian and Rob Kardashian, Caitlyn Jenner will not appear on Dancing With The Stars. According to RadarOnline, the Arthur Ashe Courage Award honoree came "very close" to penning a deal with ABC, but backed out. Despite negative comments surrounding the report, this is a positive move for Jenner's career.

RadarOnline reports that an insider told them, "At first, Caitlyn was so excited about it and nearly signed up straight away, but after careful thought and even trying out a few moves, she’s realized she was in over her head."

The source also spoke about Jenner's ability to compete, reportedly saying, “She also found she’s nowhere near as powerful in her movements as she used to be and she’s totally lost her confidence in her body’s strength and abilities."

Whether or not Jenner turned down Dancing With the Stars doesn't matter, because ultimately her career is thriving without it. There's no doubt that it would be great television exposure for the former Olympian, but she already has her own documentary series, I Am Cait, so she's pretty busy without adding dance rehearsals to the mix. While there are definitely perks to appearing on DWTS, why settle for dancing the rumba for Tom Bergeron when Jenner has an eight-episode series in which to tell her story, exactly as she wants to tell it?

Additionally, it's no secret that Dancing With the Stars contestants have a packed schedule full of promos, rehearsing and live shows each week, which means those promotional duties would have to be Jenner's top priority. Rather than seeing her do photoshoots and GMA in support of all that dancing, I'm more thrilled to see what else she can contribute to world — especially in light of her incredibly moving ESPYs speech.

Jenner was already known for her success as a motivational speaker, so it's no surprise that her newly launched editorial series is equally moving. I Am Cait doesn't premiere until July 26, but there's always the chance that it could be renewed for more episodes, giving us even more insight into Jenner's world.

Whether or not Jenner did in fact back out of appearing on Dancing With the Stars, we should be focusing not on rumors about her physical abilities, but rather the good and inspiring things that she's doing in the world; things that will continue to earn her accolades, such as her recent ESPYs honor.

If we are to predict Jenner's journey, then let's refer to her own words:

Dancing is great and all, but nothing can compare to powerful, moving words like these.