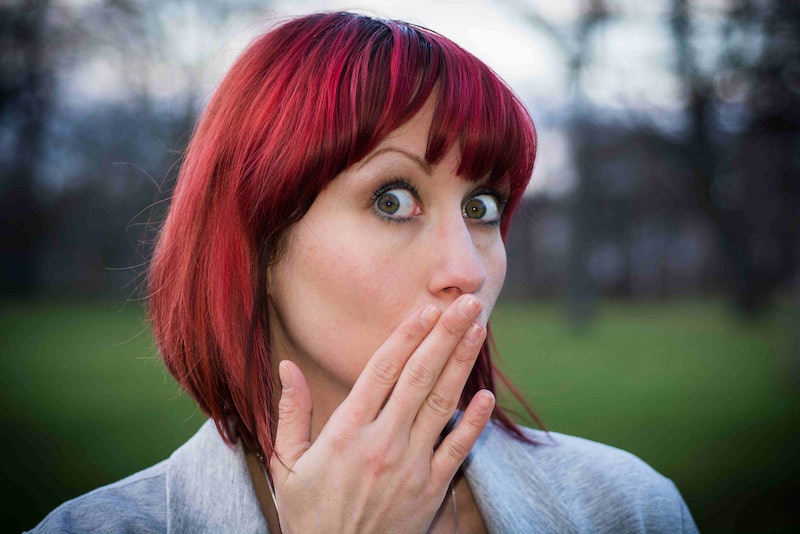 Unless you're incredibly lucky, odds are you've made a bad first impression at some point or another. I know I certainly have; in fact, on the first day of college, I was so nervous I mispronounced my own name. But for all the flustered klutzes like me out there, good news: A new study shows that it's possible to get a second chance at a first impression. And no, it's not a state-of-the-art time machine that would let me go back in time and prevent my past self from choking on whatever snack I was eating, thus enabling me to say my name correctly this time — it's simply a technique that would convinces someone else to see your behavior in a new light.

To test the idea that it's possible to make a second first impression, researchers asked subjects to read a story about a man who broke into his neighbor's house, stole form them, and caused damage to their property. Then, researchers revealed that the man did so because the house was on fire and his children were inside, which inevitably caused participants to change their opinion.

This technique is classified by researchers as certain type of revision, and you can put it to use for yourself in order to improve a botched first impression. Here are three types of revisions you can make to get someone to look at you in a new light after making a not-so-hot introduction:

This technique, which was applied by the researchers in the example above, is one of the most effective in changing people's impression of you. If I inexplicably mispronounced my name at college orientation and then later explained that, on top of being super nervous, I choked on my granola bar, which made my name come out sounding super strange, my story will likely evoke sympathy. It's therefore also more likely to cause people to alter their understanding of the first impression I made.

The same research study finds that people can erase certain associations on the basis of new information. The catch is that it basically requires people to "unlearn" old information, which can be tough. For example, consider the example in which I mispronounced by own name: I might be able to spin things around if I could convince those who witnessed my gaffe that I didn't actually mispronounce it (because seriously, what kind of fool does that?); rather, the high levels of noise in the auditorium might have made it more difficult to understand.

3. Work to add and subtract information.

Did you really, really mess up and make a truly horrible first impression? Well, turns out you can add new information while undoing the old stuff. Sean Braswell at Ozy uses a particularly effective example for demonstrating this one: Consider the fact that there was a man who used cheap Jewish labor to aid the Germans during World War II. You probably hate him already, right? Then you learn that we're talking about Oskar Schindler, who used his power to protect and shield his workers. The addition of new information changes the game, therfore changing the meaning we assign to the first bit of information. Voila!

Of course, these methods aren't always fool-proof and research on social behaviors is rarely conclusive or certain. But if you're like me with your first impressions, you'll try anything.