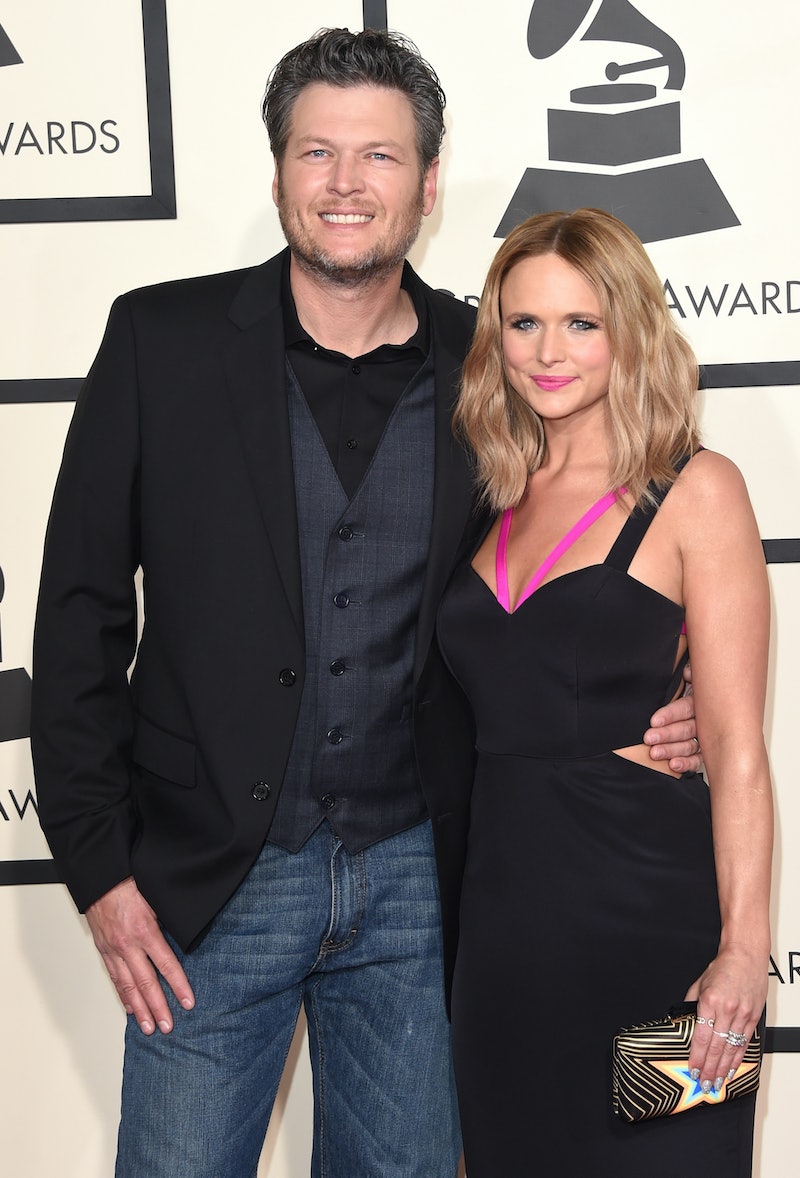 On Monday, July 20, another Hollywood couple bit the dust. Blake Shelton and Miranda Lambert are divorcing, they announced via a joint statement. The couple said, "This is not the future we envisioned and it is with heavy heart that we move forward separately. We are real people, with real lives, with real family, friends and colleagues. Therefore, we kindly ask for privacy and compassion concerning this very personal matter."

Now, while fans and shippers of the former country singing duo are likely shocked over this news (seriously, love sucks, at least in Hollywood), others might not be so surprised, because Shelton and Lambert have faced breakup rumors in the past. Some might see these prior reports as proof that the couple, who were married for four years, were bound to divorce. Both Lambert and Shelton made headlines due to claims they were cheating, were growing apart, and, worst of all, would soon divorce. Sadly, the latter is now true.

Do you think their split was a long time coming? I'm sure after checking out these rumors, in addition to Lambert and Shelton's denials, many might say "yeah, totally." But let's remember these rumors are just that — rumors.

According to a 2014 report by In Touch Weekly, Lambert and Shelton were leading separate lives. The tabloid claimed they would soon be splitting. Per a source who spoke with Radar Online about Lambert and Shelton's living situation, "They're barely together. Miranda is worried that if this keeps up, they'll continue to grow apart." Well, Shelton didn't take kindly to the report and expressed himself via Twitter. He wrote, "Maybe because the divorce rate is so high the tabloids have just decided to play the odds with me and Miranda. Morons. #eatadick."

Rumor #2: They Cheated On Each Other

In 2013, rumors circulated that Shelton and Lambert cheated on each other and that the two would soon divorce. According to the National Enquirer, both Shelton and Lambert were having affairs and they were on the "brink of a $40 million divorce." Again, such reports angered Shelton who wrote on Twitter, "I just read back to back NEW stories that @mirandalambert and I are having a baby, divorcing, cheating and feuding with @cher. Must be true!" He added, "If it costs 40 million dollars to get a divorce then how will we ever afford it?!!! We had that money set aside for health care!!!"

Adding fuel to the divorce fire, the National Enquirer released another report in December 2014 claiming that Lambert had a drinking problem, which was causing even more tension between the two. If that isn't enough, the National Enquirer also reported in March 2015 that it was Shelton's drinking problem causing a riff. Gossip Cop "busted" both claims.

Rumor #4: They Were Separated

Lambert and Shelton clearly didn't mind speaking out about the rumors as they were coming out, and now that they're splitting up, they've already set the record straight with their statement. So remember, if you hear anything about these two, you can probably expect to hear their side of the story, straight from their mouths, soon after.