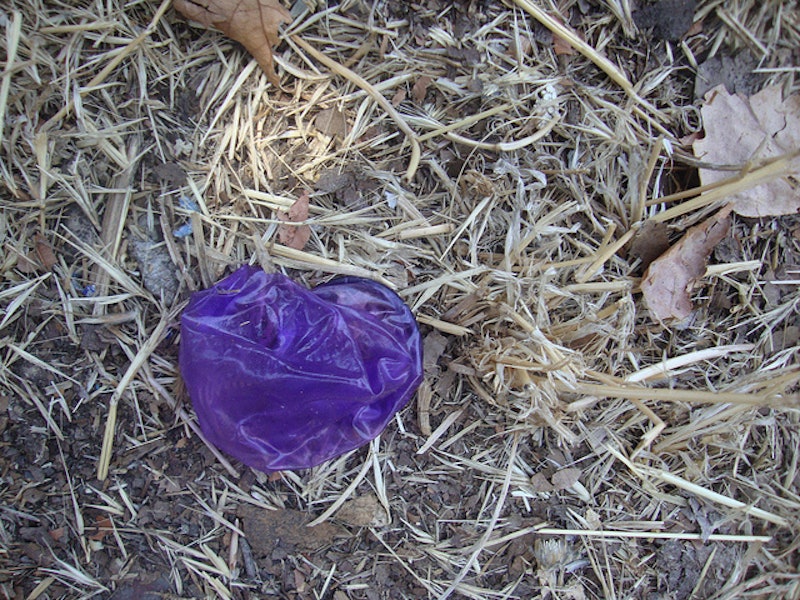 You know what's super cool? Sex. You know what's even cooler? Safe sex. If you're old enough to be having sex, you should be wise enough to know that having unprotected sex is a generally bad move, barring specific circumstances (i.e. you're using an alternative birth control method and know you and your partner are both STD-free). Despite overwhelming evidence that proves the effectiveness of condoms, many men still feel averse to wearing them, which can cause uncomfortable situations in the bedroom if one partner feels pressured to go along with the the having sex without a condom routine against their better judgment.

It seems that almost every woman has heard the age-old "it's uncomfortable" or "it won't fit me" excuse at one point or another. Because I don't have a penis, I can't speak to what it feels like to put my hypothetical penis into a condom, but studies have shown that sexual pleasure is not diminished by wearing a condom. No matter how well-endowed you are, I guarantee there is some kind of condom that fits you — condoms come in sizes, and you can use this Condom Calculator to find the perfect fit for you. There are also plenty of alternatives to latex condoms, including female condoms, so you can take charge of your sexual health if your partner refuses to don a rubber.

Sexual health is no laughing matter, and when you're a woman with the possibility of getting pregnant in addition to the risk of contracting an STD, having unsafe sex is even more nerve-wracking. It's hard to enjoy sex when, in the back of your mind, you're worried that the pull-out method will fail, leaving you with an actual human baby inside you. Understandably, many women (and men, too) are frustrated by partners who would rather "feel comfortable" than take both his and her health into consideration, and some have set out to prove their point by poking fun at the idea that someone's penis could be "too large" for a latex condom.

Here are seven photos of various, very large body parts inside condoms that prove how insanely flexible they are, so no man can ever use the "I'm too big" excuse to get out of wearing a condom again.

4. Basically Half A Leg

7. A Whole Hand And Wrist