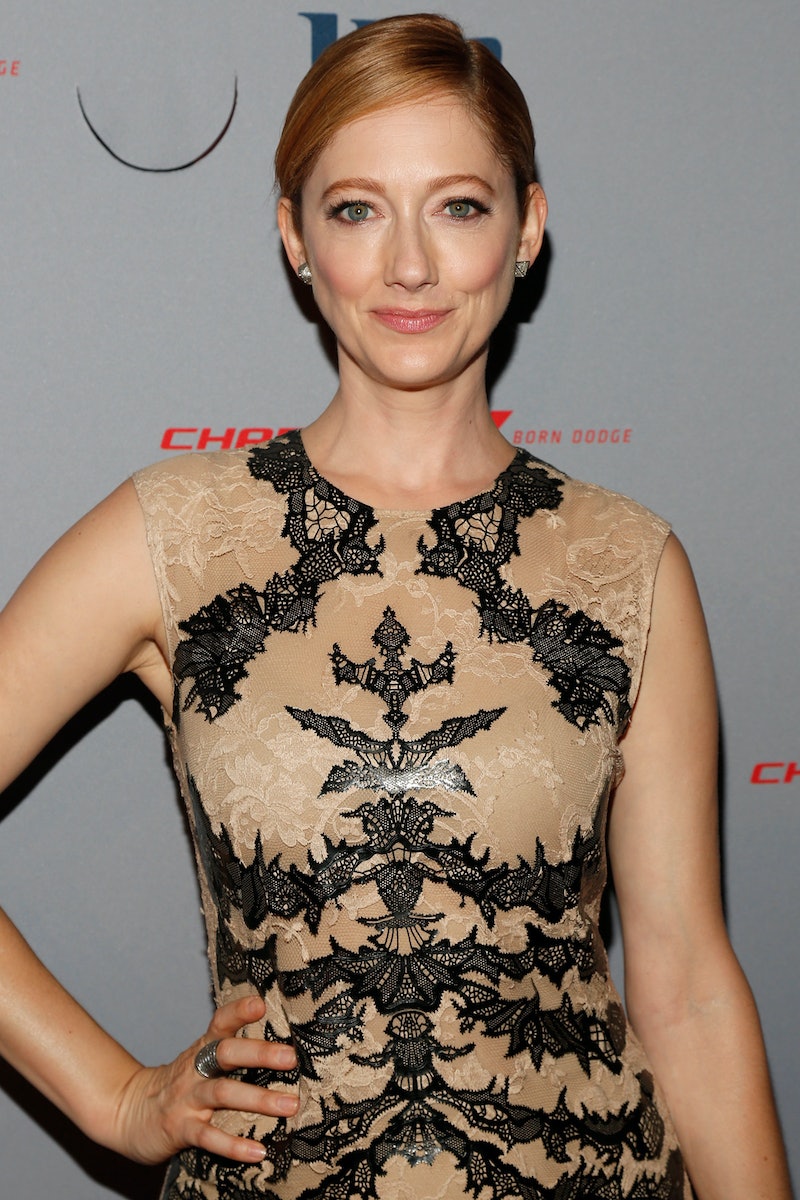 It seems unimaginable that in 2015, women are still fighting for worthwhile roles in Hollywood. Several actresses including Meryl Streep and Patricia Arquette have spoken up about these inequalities. It's one thing to hear about the subject, but its even more jarring when you take a closer look at certain actresses bodies of work. Judy Greer is an actress whose range and body of work should be much more revered than she might get credit for. If you don't recognize Greer's name, then you'll certainly recognize her face. This year alone, she has starred in some of the top grossing films at the box office, including Marvel's Ant-Man and Jurassic World. In both films, Greer played small roles first with very little screen time. Despite the being in these huge films Greer's roles unfortunately did not showcase her immense talents.

Last year, Greer published a memoir entitled Don't Know What You Know Me From: My Life as a Co-Star. In the book, Greer writes, "There are small roles, but when you get a lot of them in a row, you can become a pretty successful actress, and that's what I've done." Though Greer has been successful in many ways and is definitely positive about her time in Hollywood, I can't help but to think about how typecasting, ageism, and sexism could be contributing factors to her less than leading lady roles. Still, Greer has always found a way to shine on both the big and small screens. In celebration of her birthday in July, here are six of her most memorable roles.

In perhaps her best role, Greer plays Lina Bowman a woman dealing with the daily monotony of her marriage. Married brings humor and honesty to a subject often glamorized in Hollywood. Its very much in the same vein of Judd Apatow's This is 40. The best thing about Married is the fact that we finally get to see Judy Greer flex her comedic chops. It's a fantastic and well-earned role.

2. Donna in Men, Women and Children

In probably one of my favorite films from last year, Judy Greer showed her amazing range as Donna in Men, Women and Children. Greer's character is a woman who inadvertently exploits her teenage daughter on the internet. Greer's character seems villainous at first, but her naivety and sheer determination end up making her sympathetic. It's some of Greer's best work to date.

Arrested Development is still one of my favorite shows ever. Who can forget Greer's role as Kitty the eccentric and hilarious assistant who lusted after Gob and Michael Bluth? Greer completely stole the show.

Too often, Hollywood shames sex workers in films and on television. Greer's portrayal of Trixie in Californication was different. Over the course of several seasons, Trixie forms a friendship with the main character Hank. Often instead of engaging in sex, they discussed their lives and their dreams. Trixie even paints Hank's toenails at one point. Their friendship is unconventional, but Californication made sure to humanize Trixie. Greer's portrayal was just the cherry on top.

Though Jennifer Garner starred in this guilty pleasure, 13 Going On 30 would not have been the same without Judy Greer's role as her sassy BFF Lucy. After Garner's character Jenna wakes up as the 30-year-old version of herself, it's Lucy who helps her navigate her way through her new grown up life. With her hilarious one-liners it was often Greer who stole the scene.

It was really Greer who should have had the starring role in 27 Dresses. Her comedic timing as the main character Jane's BFF is what kept this romantic comedy afloat. Whether, Greer was slapping some sense into Jane (literally) or giving her a pep-talk to approach the object of her desire, it was both her physical comedy and perfect timing that helped keep the laughs flowing.