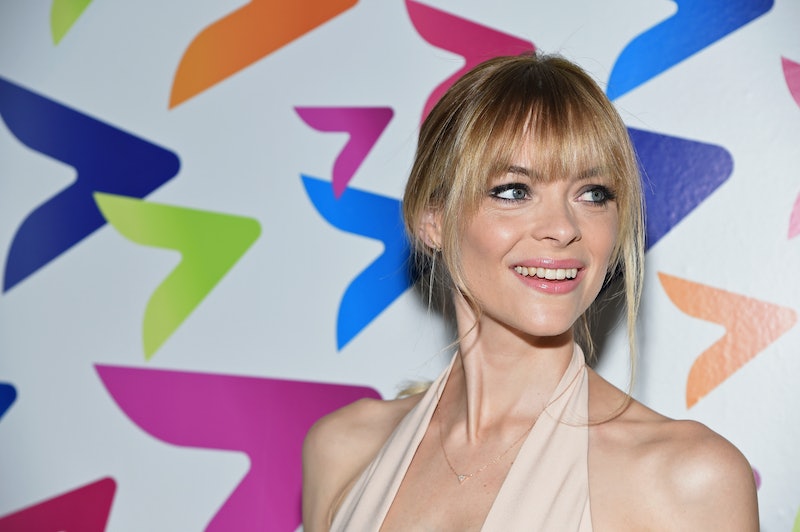 A huge congratulations is in order for this Hart of Dixie star! On Thursday, July 16, Jaime King gave birth to her second baby boy, the actress announced via Instagram on Monday. She wrote, alongside a photo featuring her husband, Kyle Newman, and their first son, James Knight, "We are SO happy to welcome to the world our new baby boy! Born Thursday, July 16th! Xx." They have yet to release a name, but I'm sure they'll pick out something super sweet.

(Update: On July 23, Newman shared on Twitter that the new baby's name is Leo Thames.)

In February 2015, King announced she was expecting her second child, where she once again shared an adorable announcement. The same goes for the one she shared Monday, however it's a bit confusing. As you can see below, King and Newman are both looking pretty overjoyed after the birth. James is pretty chill, probably because he's all like, "Yeah, birth ain't nothing new. I've done this before."

However, what's under that mysterious pile of blankets covering King? Is she breastfeeding the baby? Is he hiding, because he's just not ready for his closeup? Or, is he not even in the photo, but out of the frame until King and Newman are ready to share their new bundle of joy? It's hard to tell. Whatever the case, it doesn't really matter, because they are now a happy family of four. I mean, just check out this other photo shared by Newman. Uh-dorable.