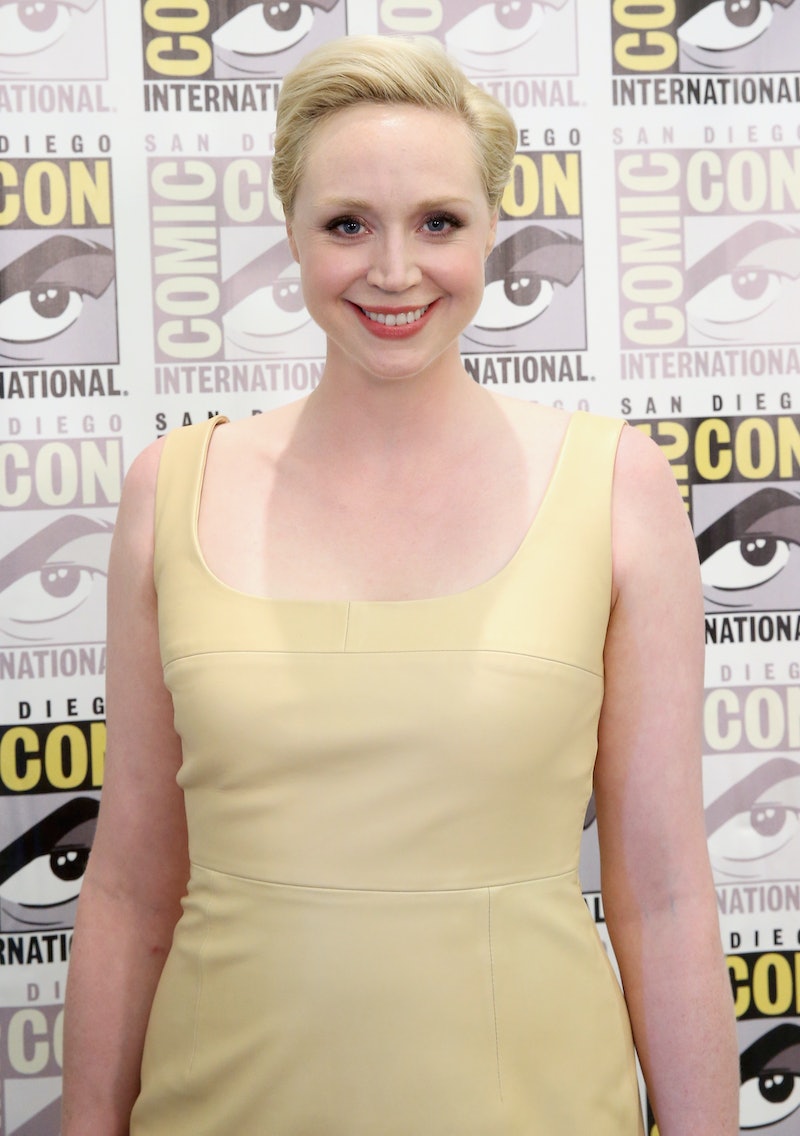 If you're still having Game of Thrones withdrawals, don't fret, because Gwendoline Christie stars in Vivienne Westwood's latest campaign, and it's super fierce. Like, Brienne of Tarth fierce. Trust me on this one.

After Christie walked in Westwood's Paris Fashion Week show (and totally killed it), it seemed the natural next step to cast the British actress in the new campaign. But the Game of Thrones stars appearance in the ads isn't the only buzzworthy thing about them — the fall ads also have a gender-neutral theme, continuing to stand up against gender stereotyping in fashion. "In this collection the same suit can be worn by a man and a woman, then I realized Gwendoline would be perfect and would fit the clothes so I asked her to do it," Westwood said.

The campaign is called "Unisex," and features Gwendoline wearing gowns, coats, and separates, with a spooky, ghoulish aesthetic that she completely nails. Gwendoline Christie and Vivienne Westwood are a match made in kooky fashion heaven.

The ads were actually shot backstage at Westwood's show in Paris, so the adrenaline was probably pumping, lending itself to even stronger, more dynamic photographs. And with her androgynous features and towering 6'3" stature, Christie was the perfect choice to help break down gender stereotypes.

Talk about a captivating ad campaign.