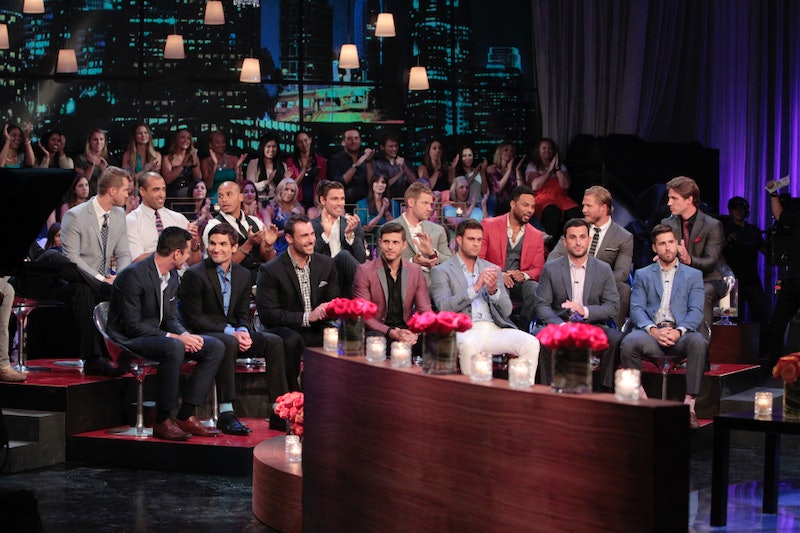 While The Bachelorette's traditional Men Tell All special is an awesome opportunity to hear from some of the guys long eliminated from the show that we all miss, there's also a major downside: Having to hear from the people we wish we never had to hear from again. For me, one of those guys is Kupah, who left the show pretty early on in the season, after making a very dramatic exit after complaining Kaitlyn didn't spend enough time with him. And if you care about Kupah's opinion — which I have a feeling that you don't — he doesn't exactly have a rave review for Kaitlyn. In fact, on Men Tell All, Kupah admitted that he thought Kaitlyn was a terrible Bachelorette.

Kupah started by pointing out how unfair it was that Nick Viall was allowed to join the show when A. he'd talked to Kaitlyn prior to filming and B. it was midway through the season. Valid points... if they were coming from a dude who was actually still around when Nick joined up, which Kupah wasn't. He was also pissed that Kaitlyn seemed to be unappreciative of the fact that guys put their lives on hold for this — a point of view I definitely don't agree with. If anything, Kaitlyn was super sensitive to the guys' feelings to the point of needlessly driving herself crazy.

Josh was also pretty angry, especially about the fact that Kaitlyn said she knew her husband was in the room before letting Nick enter late — something that Kupah agreed with.

"Do I think in the role that she was offered and granted, I don't think that she did the best things with the role and the responsibilities that come with that role," Kupah said. "I don't think she handled herself the best."

If you ask me, I think the guys need to cut her some slack. It's hard being the Bachelorette, especially when you consider the fact that she's supposed to decide which of these guys she wants to spend her life with in a very, very short time period. Kaitlyn was up front with what she struggled with, but it was obvious she was doing her best to work with what she was given and created one of the most unforgettable and interesting seasons yet.

Later on in the evening, Kaitlyn also had to deal with similar backlash from Corey (who I cannot remember, so he may not have actually been on this season and may just be a paid actor) who also hated that Nick was allowed in the competition — you know, after Corey left the show.

Kupah, please sit down and go home. Corey, you too, and Josh for good measure. Unless you think you'd make a better Bachelorette?