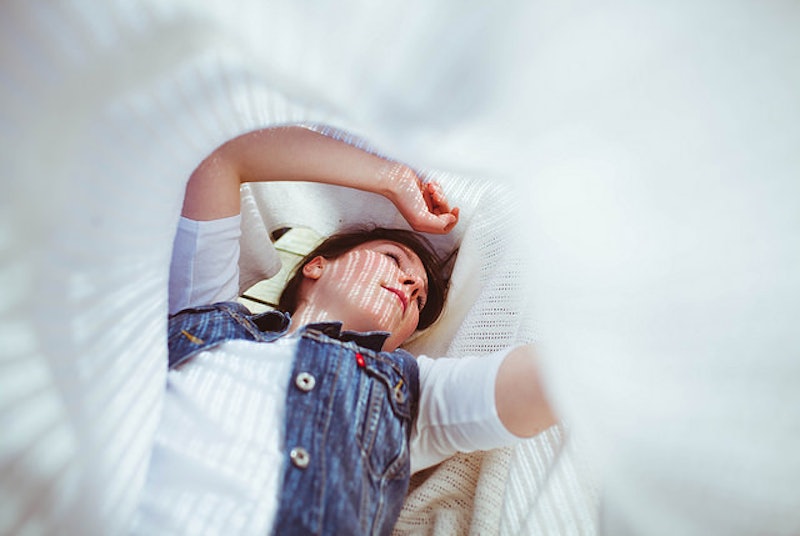 I’ve never had sex with a Brit to attest to the knowledge in one way or another, but according to the research by Durex, the British aren't very likely to spice up their sex routine, whether it’s the summer, the winter, or those two lovely months in between. With many of the study’s participants not having tried anything new in bed for years (yes, years), the findings are pretty bleak, but also understandable, according to relationship expert Alix Fox. I mean, it does get pretty boring having sex with the same person over and over again, for a whole damn lifetime. Fox told Huffington Post:

"It’s easy for couples to fall into a predictable routine in their intimate lives: convenience, lack of time or just force of habit are the main culprits for taking the sizzle out of sex."

But with the summer being the season where people officially come alive after a long winter and short spring, it’s actually the ideal time to be getting it on with your partner. It’s time to shake things up, switch up your routine, and make the most of your sex life. It’s all about experimentation, says Fox.

In addition to the Brits being boring in bed (I kid!), Durex found out some other sad percentages that should hopefully inspire anyone reading this to go out and have some sex stat.

As the study found, only 13 percent of people said that they would take advantage of these hot and energizing months to try out new things in the bedroom. For this group, “adventure” and “sex” just don’t seem to sit well in the same sentence.

Of those surveyed, one fifth said that their sex life has basically been ho-hum for the last year, without any improvement at all. If you’re having an active sex life, even a great one, there’s always room for improvement. Just something to keep in mind.

I wish this were a joke, but it is not. According to Durex’s research on the subject, 11 percent of the people surveyed had not tried anything new in their sex lives in over six years. To really drive home just how long that is, that’s over half a decade, and how many of those people haven’t tried anything new in a decade wasn’t determined. Let's hope it's a super, duper small percentage or an amount doesn't exist at all.

What the study also found is that during the summer five percent of the participants actually spend more time together than they do throughout the rest of the year. What this means is that people have ample opportunity to have sex, and even experiment in ways they may not have considered before, but they’re just choosing not to do so.