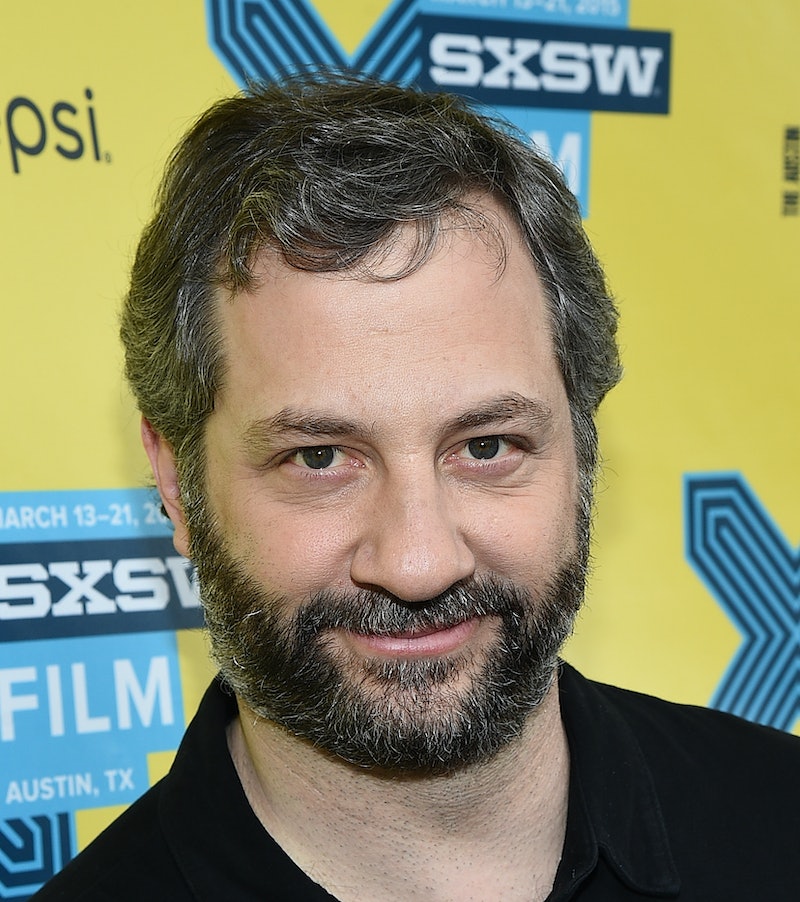 On Monday night, Trainwreck director Judd Apatow appeared on The Tonight Show with Jimmy Fallon and stepped out of his usual role by performing stand-up on the late night talk show. Apatow started his routine off light by talking about his life at home with his wife and daughters, but then things quickly turned political when Apatow started tapping into the news. He did a short take on the Charlie Hebdo attacks and finished his stand-up with a bit on Bill Cosby. Apatow did an impression of Cosby and attempted to imagine what it's like at home between Cosby and his wife. In Cosby's signature voice, Apatow mocked, "[My wife says,]‘What is this in the paper about the raping, the drugging and the women?’ And I said, ‘Do you like your life? Do you like the house, the jet? Then have a cappuccino and shut the floink up.’”

Apatow's appearance on The Tonight Show is not the first time the Producer/Director has criticized Cosby, since over 30 women came forward to accuse Cosby of various forms of sexual assault. Just last week Apatow appeared on the Today show and said, "I just noticed that no one else was saying that this was a bad thing. I would’ve loved to not talk about it. It’s incredibly sad. It’s one of the most tragic things that’s happened in our business. I think we do have to stand up for the women [accusing Cosby] and say, 'We believe you.'"

Recently, a deposition from a 2005 lawsuit against Cosby was released by The New York Times and in it Cosby admits to giving women heavy sedatives which he’d give to them “the same as a person would say have a drink.” Furthermore, Cosby detailed how he was a "decent reader of people," and used that to define consent within these situations. So far, over 30 women have stepped forward and accused Cosby of rape, drugging, and/or sexual assault. The allegations have gained so much attention that President Barack Obama said at a press conference, "If you give a woman — or a man, for that matter — without his or her knowledge a drug and then have sex with that person without consent, that's rape."

Trainwreck writer and star Amy Schumer has also taken on the controversy by filming a sketch on Inside Amy Schumer that criticizes Cosby defenders. In it, Schumer satirizes those who defend Cosby so they can just remember him for his Cliff Huxtable days, "If convicted, the next time you put on a rerun of The Cosby Show, you may wince a little. You might feel a little pang. And none of us deserve that! … We deserve to dance like no one’s watching — and watch like no one’s raping.”

In light of the recently surfaced deposition records, Cosby's lawyer released this statement:

Take a look at Apatow's take on Bill Cosby: