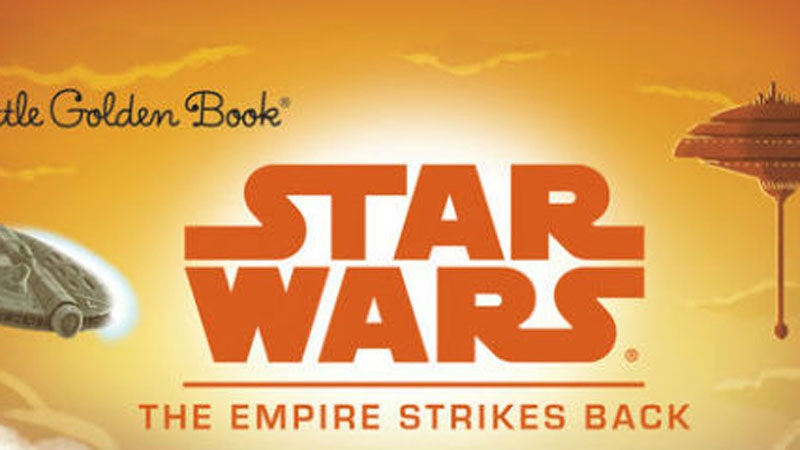 The series' classic golden spines will feature Star Wars iconography, such as a Stormtrooper helmet, Yoda's head, and R2-D2. The cover art looks spectacular: a combination of art-styles from the Clone Wars TV series and the classic movie posters. All the major players are represented, including Leia, Padmé, and Wicket W. Warrick.

A Star Wars fan since I was reading Little Golden Books myself, I'm frantically excited for this release. I don't have children of my own, but an extensive network of nieces, nephews, and friends' children means I'm sure to be buying these books for somebody, even if that somebody is me.

There's no word yet on whether or not the upcoming Star Wars films will get their own tie-in books upon release, but given Disney's Jeanne Mosure's assertion that the filmmaking giant is "very excited to be incorporating Little Golden Books into [its] overarching strategy," I'm pretty sure we can count on seeing more Little Golden Books soon.

The Star Wars Little Golden books will be available individually starting July 28, and — for those patient enough to wait — a boxed set containing all six is slated for a September 1 release. Here's a peek at all of the covers to get you even more obsessed.