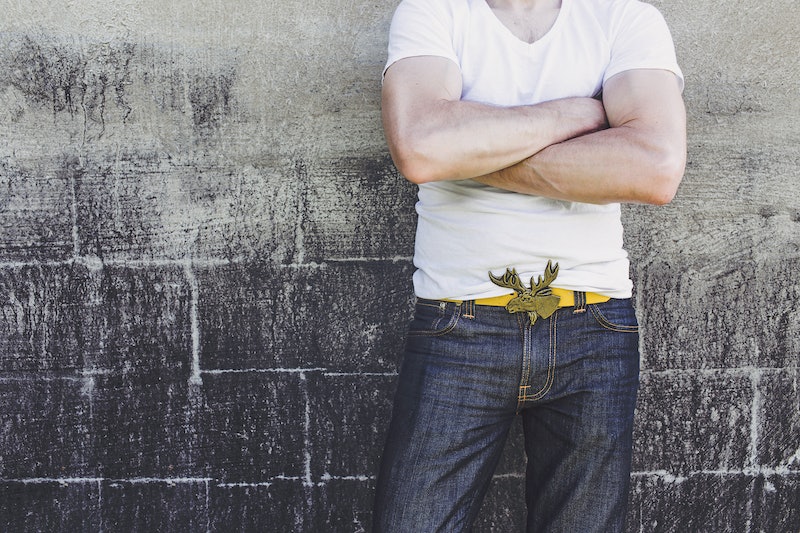 Let’s talk penis. Whether you have one or not, it’s an undeniable fact that people are somehow weirdly fascinated with them. When the topic of the male appendage happens to arise in conversation, the issue of size always seems to spring up. But as a study released earlier this year found, the average length of a penis is around four inches when flaccid and about five when erect. But honestly, does any of that really matter? No. In fact, a new study that just came out reveals what women really think about penis size — and what's actually important in a penis. Shockingly enough, it has nothing to do with size. So, to all the guys out there, stop trying to impress us by sending pictures of your penis next to Coke cans. For one, it’s unnecessary and two, it’s just plain weird.

Essentially, penises like vaginas, body parts that people use for fun—or to make procreate, whatever. So, in a new study published in The Journal of Sexual Medicine, researchers at the University of Zurich took to science to find the secret behind what a good-looking penis looks like. The researchers took 105 women in different age groups ranging from 16 to 45-years-old and asked them to complete a standardized questionnaire which included 20 photosets of male genitalia. For every photoset in the questionnaire, each woman had to state whether they agreed or disagreed with the statement: “This is a normal-looking penis.”

The results found that “general cosmetic appearance" was the most important aspect of a penis. The least important was the “position and shape of the meatus,” or hole at the end of the penis.

Despite their findings, the researchers’ initial goal of the study was to find if the location of the meatus would affect how a woman judged a penis. In fact, the study was actually done as part of a larger project on hypospadias, which, according to the NHS, is a medical condition that affects one in 300 boys. Hypospadias occurs when a man’s urethra comes out somewhere on the shaft or base of the penis instead of the tip. As the study found, that ranked at the very bottom of women’s penile concerns.

For guys out there who now think they no longer need to worry about size, but overall look, don’t. According to the researchers, “there is no single penile aspect that is essential.”

Here are the top eight things that matter about a penis to women, according to the study:

3. Importance Of The Shape Of The Glans

4. Importance Of Appearance Of The Scrotum

5. Importance Of Appearance Of Pubic Hair

8. Importance Of Position And Shape Of Meatus