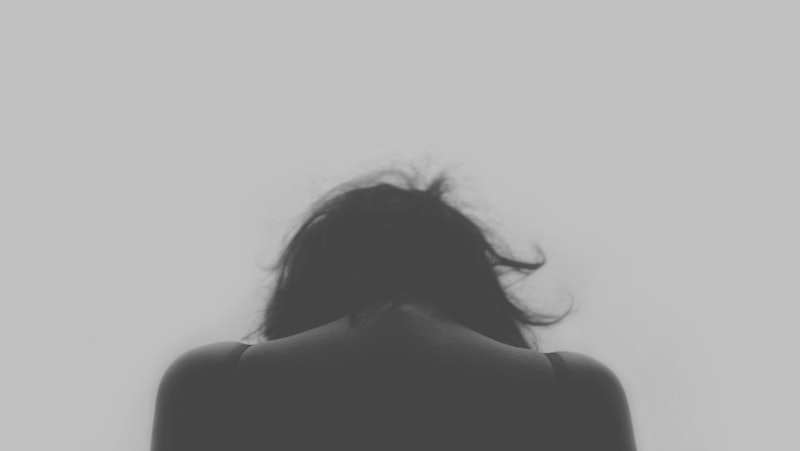 It started with a weird feeling in my vulva (you'll notice that no good story ever begins with the phrase "weird feeling in my vulva"). I was peeing in the bathroom at work, and as the pee dripped down, it felt like there was ... something extra down there. The topography of my genitals seemed to have changed overnight. I knew very little about sexual health or my own body at that point, but I knew enough to know that this was no good.

I was 23, and in the midst of what a polite person might have called "sowing my wild oats," but which I thought of as "touching as many penises as I could find." I'd finally extricated myself from the messed-up, controlling relationship that I'd spent all of college floundering around in, I'd moved to a new city, and I was finding that my favorite place to learn more about myself was on top of someone else's naked body. But as I sat there, dripping pee and slowly reaching for my makeup mirror to examine the situation more closely, the confidence and sense of self-righteousness that had guided me through so many of my sexual adventures was nowhere to be found.

I felt along my labia and discovered a bump that hadn't been there before. I brought my mirror close, and saw, along the curves of my vulva, a few tiny, pale, almost translucent nubby growths, speckled all over like mushrooms in a forest after it rained. I counted maybe five of them as I squatted in all sorts of positions in the tiny office bathroom. And then I cried. I made an emergency appointment with my gynecologist, but I already knew what was going on: I had genital warts, a form of HPV. I felt vile, diseased, a monster. And I felt like my independent sex life, which was just only beginning, was over.

I left work early that day to see my gyno, who very casually confirmed my self-diagnosis, noting breezily that "it's really going around the city this summer." She gave me the spiel — genital warts are a form of the human papilloma virus, which you probably know as HPV. You contract genital warts through skin-to-skin contact, most frequently through sex. And since infection is skin-based, rather than fluid-based, condoms only offer limited protection from it. There are hundreds of different strains of HPV, all of which do slightly different things. A few are dangerous and can lead to abnormal pap smears and cancers of the cervix, throat, and other areas, a few lead to genital warts, and others do nothing at all.

I am ashamed to admit that in that moment, I wished I had contracted the HPV that causes cancer risks instead. I pictured myself being able to tell a partner about that and have him still want me. But I couldn't imagine anyone approaching my genitals, seeing all the tiny growths, and not running in the opposite direction.

I was, of course, desperate for my doctor to give me a timeline — when would this stop? She told me that, in many healthy young people, HPV "clears" out of the body within one to two years, and they never have another outbreak. According to the CDC, "It is thought that the immune system fights off HPV naturally." But in some folks, the virus stays around forever, and they have periodic (or, in rare cases, frequent) outbreaks for the rest of their lives. Other people never have another outbreak, but still carry the virus, and can still infect a partner. You just never know.

My gyno told me that she could remove the warts with liquid nitrogen, and if the case proved to be chronic, she could give me cream to apply at home. I burst into tears, then took a cab I couldn't afford back to my house because the idea of making eye contact with another human being on the bus felt overwhelming.

As she hugged me that night, I thought: she is right and I am wrong. She is clean and I am dirty.

I became obsessed with my vagina. After my doctor burned off my first round of warts with nitrogen, I obsessively monitored their healing, kneeling over a hand mirror in my bathroom for hours every night to analyze the tiny scabs. I begged off parties and social interactions to prop my legs up on some pillows and scrutinize my lady bits.

My roommate eventually demanded to know why I was tying up the bathroom during prime relaxing-post-work-poop hours. She was the only person I told about my warts, and while she tried to comfort me, I couldn't really take any solace from it. She was very sexually conservative, someone who had always raised an eyebrow at the way I approached my sex life. As she hugged me that night, I thought: "She is right and I am wrong. She is clean and I am dirty."

I read up on genital warts, but even though I learned that they are among the most common of all STIs, cause no pain or lasting harm to your fertility, and are basically less all-around harmful to your body than the flu, I couldn't calm down. What if I got warts forever? An invisible STI, like other strains of HPV or inactive herpes, feels a little theoretical, like something you might be able to calmly discuss with a potential partner. But no one was going to want to put their face in my mushroom forest. I was instructed to not have sex while my warts were healing, which I thought was hilarious. Who on earth, I wondered, would try to have sex in this state?

I read that it could take from three months to a year for genital warts to show up, so I drew fevered charts trying to figure out which partner had given them to me, as if that would somehow help or make me feel better. It didn't. I felt like I was being punished, and that I deserved it — for being a coward when I dumped by boyfriend, for sleeping with guys I didn't love, for flouting the life advice my parents had given me, for looking for oblivion in my sex life instead of doing whatever it was that good women did.

As the old wart scabs healed, new warts grew in. I ended up having 17 warts total over the course of that summer. I still think of them every time I hear Gwen Stefani's "Hollaback Girl," the song of that summer, which would be blasting from every car as I made my way from my job to my doctor's office in the heavy midday sun. It lent the entire situation a sort of surreal edge.

I begged my doctor more and more for reassurance — that it would end, that there would be a certain point where I wouldn't infect partners anymore — which she said she couldn't give. But she kept stressing that it wasn't a big deal, that one percent of the population has genital warts. I thought at the time that it was easy for her to say. She didn't have to go home every day feeling diseased and on edge, feeling the despair that no one would ever love her.

But she was right. In the grand scheme of things, genital warts and herpes — two STIs with enormous stigma (stigma so great I still don't feel like I can put my name on this, over a decade later) — are actually among the least severe. While "invisible" diseases like syphilis, chlamydia, and HPV can have long-term health consequences if left untreated, genital warts and herpes are just unsightly. That's pretty much it. They won't make you sick or turn into cancer, they can't make you infertile if left untreated, and they can't physically hurt your partner. They don't make you less lovable or less human. They don't make you disgusting. They don't ruin your life.

I got lucky. After my Summer of Warts, I never got another wart again. After being on constant vag watch until well into the following spring, I finally felt relaxed enough to try dating again. I didn't have sex — I still couldn't deal with that, even though some literature suggests that you are only still at high risk of transmitting the disease three months after the end of your outbreak — but going on dates helped me feel like I wasn't now inherently off-putting and unworthy of love, which helped me a lot. When I finally did have sex again, I explained HPV to the guy — luckily, the HPV vaccine had just come on the market, so there was a lot of discussion about it in the media. He wasn't too confused or upset about the whole thing. I did feel sad that I missed the vaccine — if it had only come out a year earlier, I could have skipped all of this, and simply gone on associating "Hollaback Girl" with Gwen Stefani's shiny, shiny hair.

But it didn't. Sometimes, life sucks a little like that, but that doesn't mean it's the end of the world. I learned to absorb having had genital warts as part of my identity, to the point where I rarely thought about it. Which is really the most important thing I learned from getting genital warts: It's not a big deal.

Sure, if you catch an STI, it might be a good time to reassess any unsafe sex habits you've developed. But try to treat yourself with the same kindness you would if you'd gotten sick from eating an undercooked burger or shaking hands with someone coming down with the flu. Our bodies are fragile. They get sick and break down in all sorts of ways — and when we happen to get sick from sex, it doesn't mean that we're disgusting, or that our lives are over. It just means that we got sick, and that we'll get better, too.

And hey, if the worst thing that ever happens in your love life is you grow a bump on your vulva, well, you're actually pretty damned lucky.

More like this
10 Thanksgiving Alternatives You Can Celebrate This Month
By Katie Mitchell
This Company Will Send STI Tests Right To Your Door
By Lexi Inks
Wimbledon Alters All-White Kit Rule Amid Candid Period Discussions
By Catharina Cheung and Rachel Mantock
Bustle Newsletter: November 18, 2022
By Bustle Editors
Get Even More From Bustle — Sign Up For The Newsletter