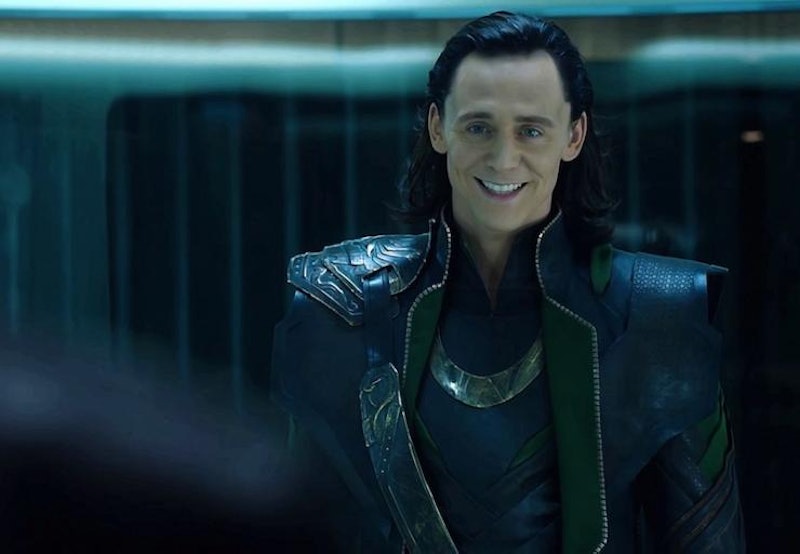 Sorry Earth (and Asgard), it appears that our beloved Hiddles might be taken — by none other than the Scarlet Witch herself. Yup: According to new photos published in The Daily Mail, Tom Hiddleston might be dating Elizabeth Olsen. The rumors have been floating around for a while — the duo was first linked together in May around the Avengers: Age of Ultron premiere, but after recently being spotted looking ~close~ in Oxford, talk of their alleged romantic entanglement has popped up again. I mean, I can understand why: In the photos, the the two of them are seen walking around the British town — his arm around her shoulder and her hand around his waist.

And now... all I can think about is what a Loki and Scarlet Witch date would look like. Oh, come on — I can't be the only one, right?

Like, they certainly are a good-looking couple: Hiddles is our beloved Prince Charming and Elizabeth has the stunning Olsen-family genes, and both are immensely talented. The biggest complication to their relationship wouldn't be anything like busy Hollywood schedules, in fact, but the fact that they represent good and evil in the Marvel Cinematic Universe. When we truly meet Scarlet Witch in The Avengers: Age of Ultron, she is vulnerable, and it is unclear whether she would join forces with the Avengers. That in mind, I'm fairly sure Loki would be a corrupt influence on Scarlet Witch and take her to the dark side if they started "hanging out."

So, with all the Marvel business in mind, how would a date between their characters go?

Loki Would Pick Her Up In His Sweet Ride

He'd be a total gentleman (at first), and go right to her door in the fancy car.

They'd Talk About Their Brothers

Scarlet Witch's brother Pietro (aka Quicksilver) was her best friend. They were orphaned as children and took care of each other, until he tragically died in battle in Avengers: Age of Ultron. Loki, on the other hand, suffers from "brother issues," and is super-jealous of Thor — in fact, the entire planet got wrapped up in their family drama in Avengers. Scarlet Witch and Loki would bond over this.

Scarlet Witch's real name is Wanda Maximoff, and she's from the fictional Eastern European country of Sokovia. Loki himself is a god from Norse mythology, a Scandinavian hero. Together they'd go to an indie, art-house theatre and see a European film, OBVS.

Loki Would Start Getting A Little Weird

Scarlet Witch Would Put Him In A Trance And Bolt

Not interested, Scarlet Witch would would her magic and leave... also taking any extra cash he has in his wallet.