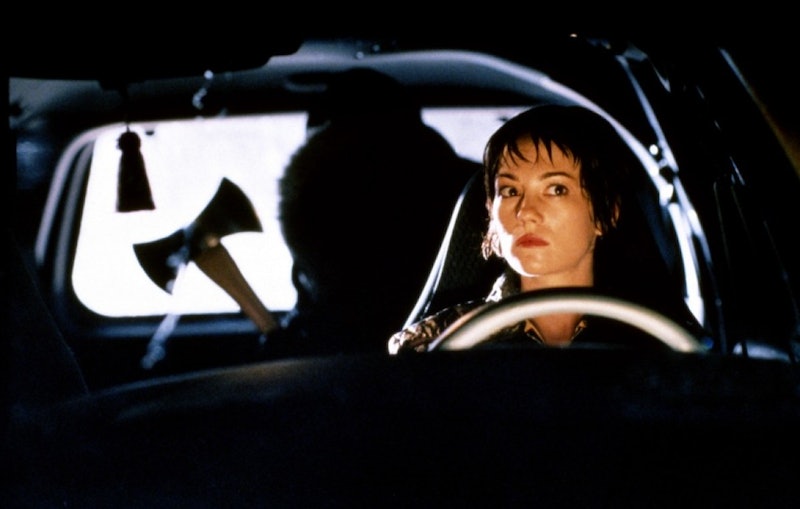 Typically, our most popular urban legends — you know, the murderer with the hook for a hand who kills teens while they're having sexily sexual premarital sex in their car, the threatening phone call that turns out to be coming from inside your own house or the sexually inappropriate doodle hidden in a children's cartoon by a disgruntled animator — are stories that highlight our anxieties as a society. By telling these stories over and over, we teach young people which behaviors our culture considers dangerous or taboo, reinforce social norms, and also pat ourselves on the back for only banging in the safety of our own murder hook-free homes.

But where do these stories actually come from? Did we spin them out of thin air, just to make sure our kids understand the importance of always checking for ax murderers in the backseat of their car before going on spooky late night drives? In some cases, yes; but in others, urban legends actually riff off a true story — or, on occasion, true stories. Which makes sense — but also makes the whole story that much more bizarre.

1. Stranger Living Inside Your House

The Truth: The real terror with this tale comes when you realize how often this scenario actually happens. We've had three high-profile cases of strangers secretly living inside the homes of others in this past decade alone: in 2008, a man in Japan found out that he was actually sharing his home with a 58-year-old woman, who had been hiding in his cupboard for at least a year; and in 2013, a group of Ohio State University students found that a man had been secretly living in their basement. Also in 2013 (which apparently was a good year for living out horrifying urban legends) a woman in Yelm, Washington, found out that someone was not only living in the space under her house, but had actually tampered with her heating ducts to make it more comfortable down there. So guys, double-check that your doors are locked when you go to bed. Also, check out your basement whenever your Nutella levels seem to be dropping suspiciously low on the regular.

2. Dirty Bits In A Children's Movie

The Myth: You know [beloved children's animated classic film]? Well, if you look really closely, there are human sex parts in it!

The Truth: Given the vast body of mythology surrounding supposed sexy stuff in Disney movies (Aladdin saying "Take off your clothes," anyone? Lion King sex cloud, anyone else?), it's easy to chalk this one up as well to the minds of horny tweens with overactive imaginations and enough time on their hands to re-watch Disney movies to the point of madness. But in one case, it turned out to be true. In fact, this instance — when a photograph of human breasts was inserted into two non-consecutive scenes of the 1977 Disney film The Rescuers — may the source of all the "naughty bits in kids movies" hysteria that followed. So far, this is the only incident like this that has actually been confirmed by the studio — though no one is sure exactly why Disney waited until 1999 to recall video copies of The Rescuers for this reason.

The Myth: Just because it's the Happiest Place on Earth, doesn't mean that the rules of human mortality are suspended there — folks die at Disney all the time.

The Facts: 17.2 million people visit DisneyWorld's Magic Kingdom alone each year —so of course, by sheer statistics, some of them will meet their maker while waiting in line for a fifth pair of embroidered mouse ears. But there have been a few deaths at Disney that were a bit grimmer than nature simply taking its course. Guests died on the Matterhorn Bobsleds in 1964 and 1984, respectively; and in 1966, a teenager died while illegally climbing the Monorail in order to sneak into the park. In 1983, a man drowned in the Rivers of America after sneaking into an off-limits area of the park, and in 1998, a a faulty piece of hardware on the Sailing Ship Columbia snapped, killing one tourist and injuring his wife.

4. Corpse Mistaken For A Halloween Decoration

The Myth: A local haunted house, revered for its spooktacular decor, has one mummy/ dummy/ monster hanging from the rope that seems just too realistic...which it is, because it's actually a putrified human corpse.

The Truth: In 1976, a prop used in a Halloween fun house was discovered to actually be the corpse of a criminal. In 2001, a teenaged worker died at a Halloween haunted hayride, because visitors thought that his struggles to extricate himself from the noose that was choking him to death was just part of the entertainment. And in 2005, a woman's October suicide when unnoticed when passersby thought her body, hanging from a rope, was just a Halloween decoration. Again, the real horror here is just in how damned often a corpse can hang around a Halloween fun maze or haunted hayride without anyone noticing. People who work at Halloween fun mazes, stand together! Look out for each other! When one of your coworkers doesn't show up for work one day, don't assume that they found a better job, or just got sick of yelling "I vant to suck you vlood!" at hay carts full of shrieking 8-year-olds. Check to make sure that they didn't actually die and become seamlessly incorporated into the maze's really amazing decorations!

5. Criminal Hiding Under The Bed

The Myth: A person is home alone with their pet dog. They hear an announcement that a murderer is on the loose; nervous, they decide to just go to bed. But once in bed, the person finds that they're restless and unable to sleep, preoccupied with the idea of the murderer. The person's only source of comfort the whole night is feeling their dog under the bed softly licking their hand. The person wakes up in the morning to find their dog murdered and the words "People lick, too" written in blood on the wall.

The Truth: This one might only kind of count, since this myth traumatized generations of sleepover party attendees before it actually happened in real life. But it did sort of happen in real life — in March 2015, a Palm Springs woman reached under her bed to find her cats, only to grab a handful of human skin instead. A burglar was hiding under her bed, but ran as soon as he was discovered; he was apprehended by the police soon after. Most importantly, no dogs were harmed in the actual execution of this urban legend.

So yeah, maybe it wouldn't hurt to check your back seat for ax murderers the next time you drive somewhere alone. You know what they say: better safe than a cautionary tale for generations of impressionable children!