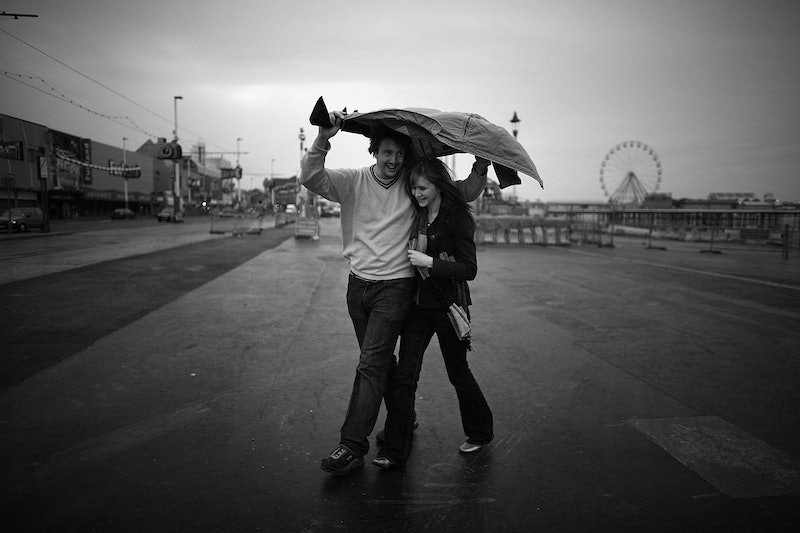 All you people who've ever skipped the gym for a session in the sack are in for bad news. We've been hearing for years that sex burns as many calories as an hour of regular, non-kinky cardio, but sadly a new study shows this is not the case. The study also revealed that men burn more calories during sex than women — apparently because they tend to do most of the "work." Men burn on average 101 calories during sex while women burn a measly 69 (how appropriate).

The study, published in the American scientific journal Plos One , measured the calories burned by 21 straight couples during four different lovemaking sessions. They were asked to have sex in their homes and to do whatever they usually do (minus any extra kinky stuff or the use of performance enhancers like Viagra). Each participant was asked to wear an armband recording energy spent from the start of foreplay to the end of all sexual activity. For comparison, participants were then asked to wear an armband while running on a treadmill for 30 minutes — where they burned more than twice the calories they did during sex.

But sex also has a wide range of benefits that go beyond calorie burning. Tracey Cox, who has her own line of sex toys on Lovehoney, said, "Regular sex also boosts the immune system. We have fewer colds, lustrous hair, clean, bright eyes, and good muscle tone." Besides, seems like this just means you need to have twice as much sex if you're going to skip the gym. How is this bad news?

More like this
Wimbledon Alters All-White Kit Rule Amid Candid Period Discussions
By Catharina Cheung and Rachel Mantock
This Company Will Send STI Tests Right To Your Door
By Lexi Inks
Bumble's "Compliments" Feature Lets You Message Before You Match
By Lexi Inks
Bustle Newsletter: November 18, 2022
By Bustle Editors
Get Even More From Bustle — Sign Up For The Newsletter