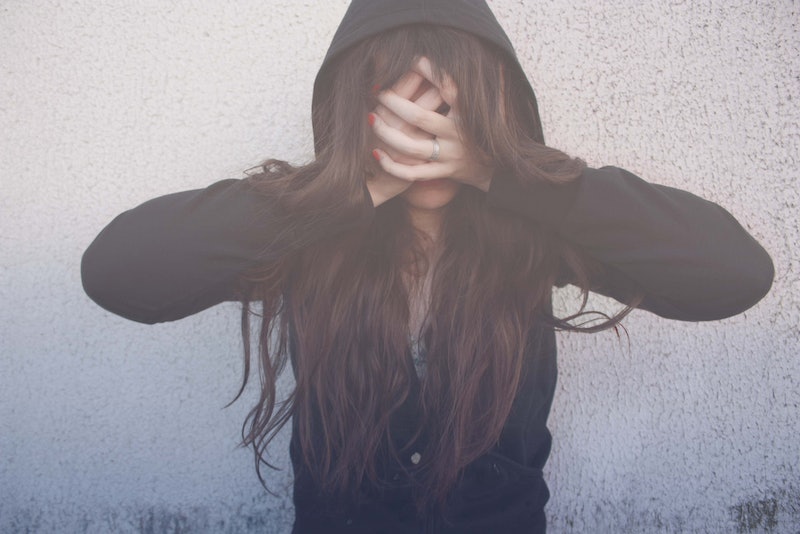 That quickened heart beat. The new sparkle in your eye. The extra time you’re taking on your makeup in the morning. Girl, you’re showing all of the signs: You’ve got a crush. And crushes are awesome and fun and exciting except when you’re already in a committed relationship. We’ve all been there: that moment where we realize that we’ve got the feels for a new guy or girl and it feels so inevitable and right and exciting but it’s totally not something we can act on because, well, we’re committed to someone else. Major, major bummer, am I right? But, how do you get over a crush when you're in a relationship? You don’t want to hurt the one you love but you’re jonesing hard for this new person.

A good friend reached out to me recently because she was dealing with this exact thing. She’s been with her boo for years at this point and they’re definitely on the marriage track, but she met someone who made her feel all the glitter and heart-flitter that new interests do, for the first time in a long time. She was kind of freaking out because she just didn’t know what to do with all of these feelings and it was starting to hurt her relationship with her boyfriend.

I told her, first of all, that crushes are fine. Crushes are normal. As Dan Savage says all of the time, a monogamous commitment does not mean that you’re committing to never be attracted to another person ever again but just that you won’t act on that attraction. Think about it. If you end up marrying someone at, say, age thirty and then are with them until you die a natural death in your sleep in old age, you’ll be with them for something like sixty years. Sixty years! How can you expect to never be attracted to someone new again during that time period?

So if crushes are inevitable, than the only thing that matters is how we deal with them. We all know the bad way to deal with them: hooking up and cheating on your significant other. But what are the good ways to deal with them? How can work those inevitable crushes into our daily lives so that they actually help, instead of doing damage?

1. Remember That Crushes Become Overwhelming Only When We Let Them

The best way to let a crush become overwhelming is the obsess about it. Keeping a secret also hurts the getting over it process, as it turns it into something “special.” Tell your friends and, if you have that kind of relationship, tell your significant other! Sometimes just getting it out in the open can dispel the air of mystery that helps make a crush so overwhelming.

2. Keep In Mind That Crushes Pass With Time

Remember: they are a new, shiny handbag and your partner is the one you've had around for ages that is so awesome and reliable and well built but just isn't as... Shiny, anymore. That's OK! You know you want to stick with the old one, so let this play out, as it most definitely will.

3. Get To Know Them Better

This might seem counterintuitive, but sometimes all it takes to get over a crush is getting to know them better. Instead of this amazing, idealized person that you’re seeing with new eyes, you’ll learn that he farts or she’s rude to waiters or he thinks he’s the greatest thing since sliced bread. Rather than avoiding your crush, spend time with him — in controlled settings, preferably with other people around, of course. Don’t go on faux-dates, as tempting as that may be. That’s just a recipe for trouble.

4. Work That Crush Into Your Sex Life

You know all of that sexual energy you feel around your crush? That rapid heartbeat, that tingling? Take that energy and funnel it back into your partner. It’s also totally fine to fantasize while you’re having sex. If thinking about the person you’re crushing on means you get super turned on and end up having a mind-blowing bang, what you’ve ultimately done is improved your sex life with your partner. You get to release some of that pent-up energy and you both get great sex. Win-win.

5. Focus On Improving Things With Your Partner

The longer you’re with someone, the more likely it is that some aspect of your relationship has gotten stale. It might be your sex life, it might be your quality time together, it might be your conversations. Figure out what it is that’s lacking and really focus on making it better. That extra work will pay off by bringing you and your boo closer and reminding you that you’re pretty damn happy, right where you are.