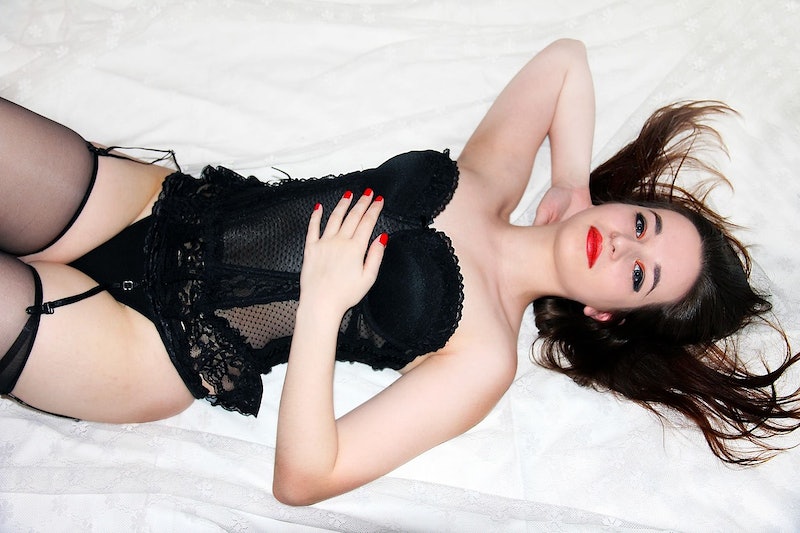 New research from Ohio State University says sex and violence may make you look, but it won't make you buy. Professor Brad Bushman and Ph.D. candidate Robert Lull "examined the reaction of 8,489 adults within 53 studies carried out in 2014 to measure the influences of violence and sexual content on advertising effectiveness with regards to brand memory, brand attitudes and buying intentions," according to The Telegraph. And while for so long we've thought that sex sells, science shows that may actually be the case. Bushman says that advertisers should be aware that "sex and violence do not sell, and in fact, they may even backfire by impairing memory, attitudes, and buying intentions in regard to advertised products. Advertisers should think twice about sponsoring violent and sexual programs, and about using these themes in their ads."

It seemed that both sexual and violent advertisements, and advertisements shown around sexual and violent content, suffered, and that advertising could benefit from instead containing more family-friendly themes. Is anyone surprised? I mean, a pair of boobs always gets my attention, but I've definitely watched a lot of adverts that have left me yelling "What the hell is this for?!" while scantily-clad women grind around the screen or are somewhere in the proximity of a car.

But maybe this study will wake up advertisers that a change is due. The timing is certainly interesting, coming in a line of challenges to traditional advertising. Do you see a tide turning?

1. Every Body Is A Beach Body

The now infamous bright yellow "Beach Body" ads caused controversy after they popped up in London's tubes. Protein World's weight loss supplement ads were defaced for their implications that only thin, toned bodies deserved to be on a beach (or in a bikini), and tens of thousands of people signed a Change.org petition. When the ads moved to New York, they also received some criticism. The truth is that the ads didn't strike me as any different from hundreds of others I've seen, but people are starting to speak up.

Earlier this year, a Kazam mobile phone commercial, featuring a woman ironing in her underwear and then getting dressed, was banned in the U.K. by the Advertising Standards Authority after they received complaints. Viewers criticized the ad (in which the phone was included only briefly) as "offensive because it was overtly sexual and objectified women, and because the content bore no relationship to the advertised product," according to The Telegraph.

The lauded recent ad campaign "This Girl Can" showcased women and girls of all different body types working out. Concerned that many women avoid exercise due to body insecurities, Sport England wanted to encourage activity in all women. Jennie Price, chief executive of Sport England, told BBC Sport that in their research, "One of the strongest themes was a fear of judgement. Worries about being judged for being the wrong size, not fit enough and not skilled enough came up time and again. This campaign says it really doesn't matter if you are a bit rubbish or completely brilliant. The main thing is that you are a woman and you are doing something, and that deserves to be celebrated." Combine that with the recent Women's Running cover and it certainly seems like a change is coming.