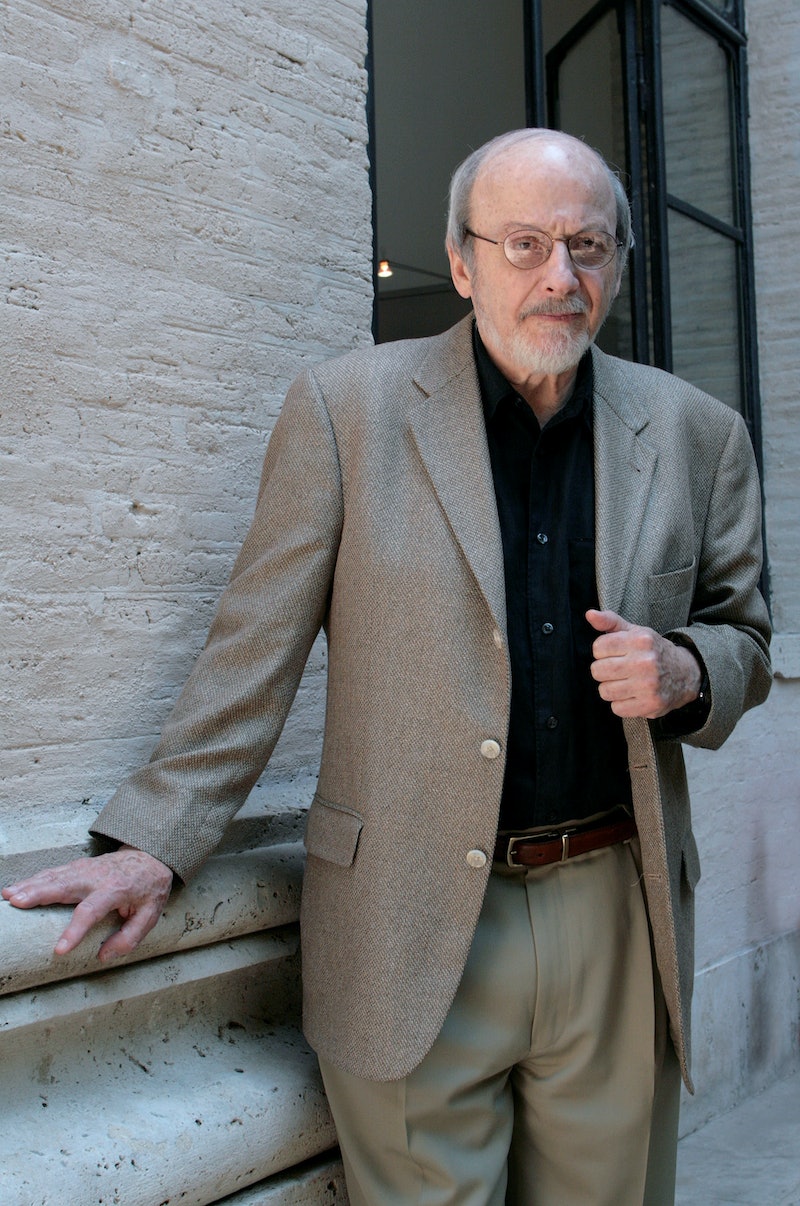 The legendary novelist, teacher, editor, political activist, onetime reservations clerk at La Guardia Airport, and New Yorker, E.L. Doctorow, died of complications from lung cancer at age 84 on Tuesday. But the beauty of the written word, especially words as revolutionary and beloved as Doctorow's, is its ability to render the writer immortal. And Doctorow's inspiring words — which earned the Ragtime author, among several other accolades, the National Book Award, three National Book Critics Circle Awards, the Library of Congress Prize for American Fiction, and the adoration of his many writing students at Sarah Lawrence, NYU, UC Irvine, and more — will surely live on.

Doctorow is best known for his historical fiction: his 1975 novel Ragtime, which follows a New York family in the early 1900s; his 1989 novel Billy Bathgate , about a young Irish immigrant who becomes ensconced in the Jewish mob; and 1971's The Book of Daniel were all adapted into films.

Doctorow's impressive oeuvre extends beyond those novels given the Hollywood treatment — but his C.V. is also, well, huge. Where does the treasure-hunting reader begin with Doctorow's 12 novels, 4 short story collections, 1 play, and several essay collections? Try these three under-the-radar suggestions.

Although he's lauded as a historical novelist, in a 2014 interview E.L. Doctorow told NPR, "I think of myself really as a national novelist, as an American novelist writing about my country." His 2004 short story collection Sweet Land Stories offers five masterful portraits of Doctorow's America, including among them a man's devotion to a religious cult in Kansas ("Walter John Harmon"); a woman's cross-country escape from three bad marriages ("Jolene: A Life"); and a baby-napping couple in California ("Baby Wilson"). Every story is inventive, subversive, probing, and psychologically rich: Doctorow, encapsulated.

You know what E.L. Doctorow is even better known for than his historical fiction? His brain. Creationists compiles some of Doctorow's brightest musings, from the literary to the philosophical, from the scientific to the religious. Some essays, like "Composing Moby-Dick: What Might Have Happened" are an ambitious feat; others, like his musings on Edgar Allan Poe, are delightfully personal (he calls the gothic writer "a genius hack.")

I am a firm believer in reading any prolific writer's first novel: while it's rarely his best (and sometimes it sucks), it's indicative of his stylistic and thematic foundations; and, at the very least, it's fun to see how he's progressed over the course of his career. Happily, Welcome to Hard Times, E.L. Doctorow's 1960 debut novel, does not suck. It's actually pretty hardcore, and an auspicious glimpse at Doctorow's fascination with the American experience.

More like this
The 'Lady Chatterley's Lover' Book Leaves Us With A Troubling Question
By Catharina Cheung
Allie Rowbottom Will Have Her Feminism With A Side of Botox
By Samantha Leach
The 'Firefly Lane' Book Ending Teases Way More Tears To Come In 2023
By K.W. Colyard
'Bridgerton' S3 Teases Exciting Social Season For Penelope Featherington
By Bustle
Get Even More From Bustle — Sign Up For The Newsletter