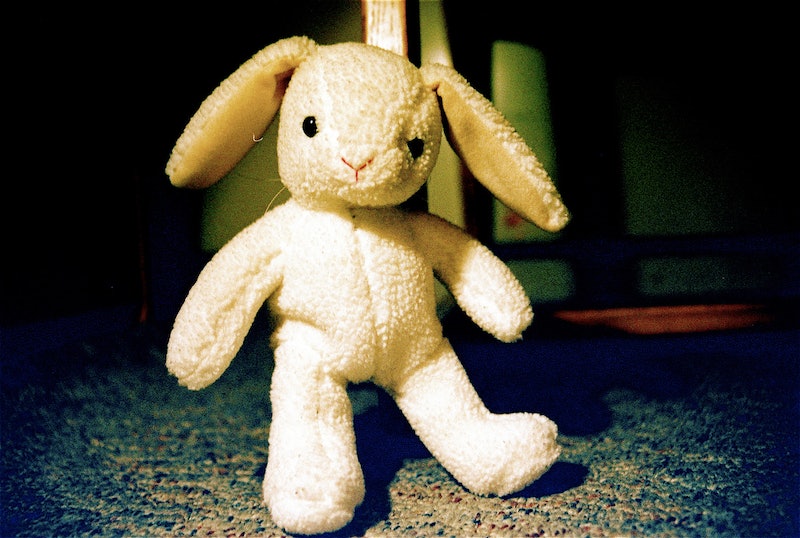 Today is Margery Williams' 134th birthday! *THROWS CONFETTI* Obviously, Ms. Williams is no longer with us to celebrate her birthdays, but she left behind a legacy in the form of a beloved children's book: The Velveteen Rabbit .

It's the story of a child's toy who becomes Real — and yes, Real is capitalized intentionally, but more on that later. The book cemented an otherwise unheralded writer's place in the children's literary canon, and has been read, loved, and passed on by generations since its publication in 1922. It's a simple, melancholy story with timeless appeal.

Sometimes, the books we read as children can be the ones that influence us most when we reach adulthood, and anyone who's read Williams' book knows it's unforgettable. It taught us all invaluable lessons about life, love, and Realness. I don't want to think of where we would be without it.

In honor of Williams' birthday, I've identified the six biggest life lessons we learned from The Velveteen Rabbit. These certainly aren't the only lessons Williams' book has to teach — Beware of Scarlet Fever just missed the cut — but they are the most important. Read them over, and, once you realize how much of an impact The Velveteen Rabbit had on you, pass on its legacy by sharing it with a child in your life.

It's OK to Be Fat

Although we've made great strides for body positivity, it's still pretty difficult to come by. Recently, a rant from drill sergeant John Burk, in which he called fat people "utterly repulsive and disgusting," went viral and received accolades. Well, ever since Susie Orbach published Fat Is a Feminist Issue in 1978, we've known that being fat — just like being thin — is a valid life choice for some and a medical condition for others. But way back in 1922, the titular hero of The Velveteen Rabbit was described as "fat and bunchy," and that exactly how he was meant to be.

The Rabbit took a lot of flack for being a stuffed toy. He wasn't fancy, like the other toys in the nursery, and he couldn't run and skip and jump like the rabbits in the garden. Bullied from all directions, the Rabbit learned to ignore the people who hated on him and to value his friendships with the Boy and the Skin Horse. Listening to the people who matter and tuning out the rest isn't just a valuable life lesson; it's a survival skill. And you learned it from reading The Velveteen Rabbit.

Now, being Real means something different in Williams' book. In The Velveteen Rabbit, a toy becomes Real when it finds a child who really, truly loves it. You don't need someone else's love to validate you, but you also don't need anyone else to tell you who you are. The Rabbit doesn't need the garden rabbits to tell him he's Real, and he doesn't need the Boy to keep loving him in order to stay that way. Once he recognizes his own Realness, the Rabbit has the confidence to be his own person.

As the Skin Horse tells the Rabbit, love will take "most of your hair ... off, and [make] your eyes drop out and you get loose in the joints and very shabby." Love is hard work; ask a parent or a married couple, if you don't believe me. But even though it isn't easy, love is 100 percent worth it in the end.

You Have to Be Strong to Survive

Love and life take a lot of strength to work through. The Skin Horse says that not many "people who break easily, or have sharp edges, or who have to be carefully kept" become Real, because they simply can't hack it. Being sensitive isn't a bad thing, but being fragile can be. No one makes it out of this world alive, but it takes strength to really make it.

Never Forget the Ones Who Helped You

Even after he's Real and living with the garden rabbits, the Rabbit still comes back to visit the Boy whose love gave him a real life. He could have easily forgotten the Boy, living in Rabbit-land, but he didn't. The Velveteen Rabbit taught you to never forget the people who made you who you are, even when you're living in two different worlds