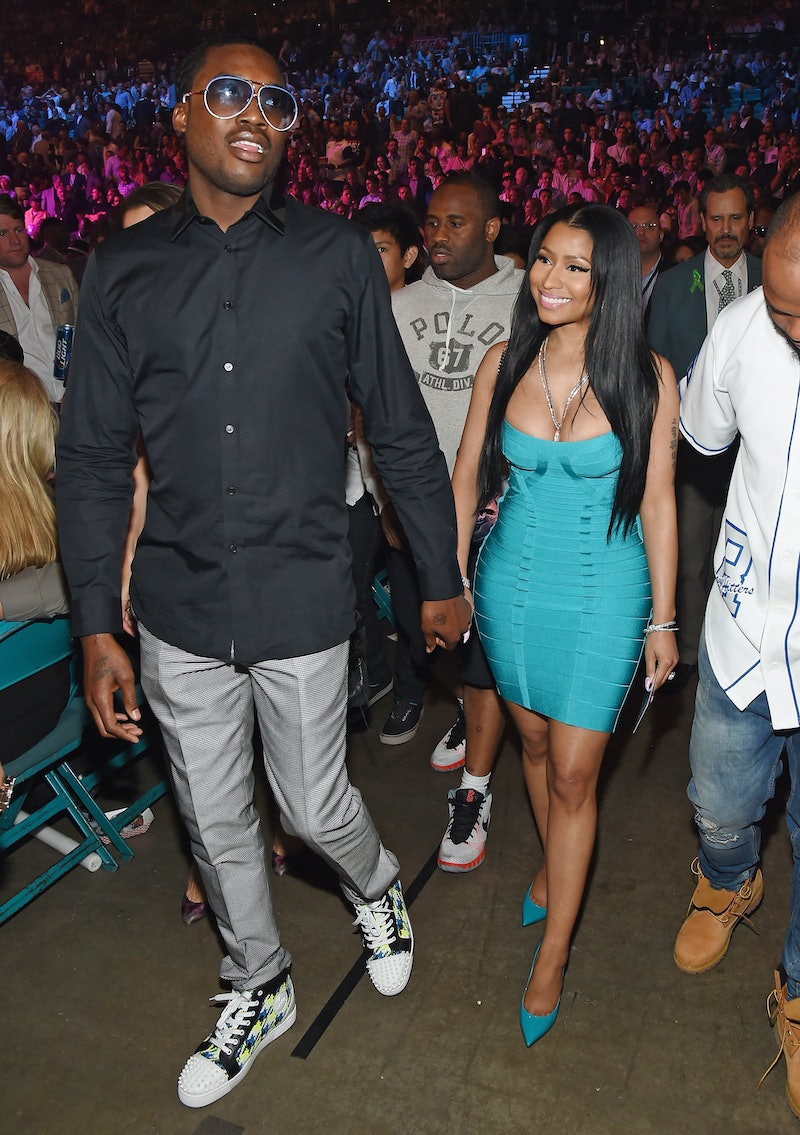 While the world was watching Nicki Minaj and Taylor Swift to see if a huge "feud" would blow up between the two powerhouse performers, another feud was heating up on Twitter. And this one involved Minaj's boyfriend, Meek Mill. No, Mill did not take shots at Swift (but he did back up his lady for her comments about race in the music industry). Instead, Meek Mill picked a fight with Drake on social media. And as it turned out, Mill had a lot to say.

(Update: Meek Mill apologized to Nicki Minaj for his Twitter rant during their performance together at a concert on Wednesday night. Mill maintained that he was upset at Drake "as a fan" that Drake, Mill claims, didn't write his own verse on his song on Mill's album, but gave the rapper a shoutout for being "great" in all the "lanes he's great in.")

Mill tweeted, "Stop comparing drake to me too.... He don't write his own raps! That's why he ain't tweet my album because we found out!" The rapper added, "The whole game know forreal they scared to tell the truth! I can't wait to these guys and sit back and act like they don't know!"

The 28-year-old continued on a Twitter rant for several hours, claiming that Drake also did not write the verse featured on Mill's album. He also made comments about Minaj and others not being responsible for his own musical success, among other things. Drake, for his part, has yet to comment on the situation. It is too bad Mill felt the need to air his grievances online, because this could potentially cause some tension and drama between himself and Minaj since she is such close friends with Drake.

Minaj has described Drake as being like a "brother" to her in the past (sorry, Drake!), and Drake has made no secret of his fondness of his fellow Young Money label mate, even admitting to harboring a small crush on her. Though the two say they have never hooked up (as Minaj said explicitly in her verse, "I never f*cked Drake" in her single "Only"), it is undeniable that they have a very tight bond.

Some fans might even be wondering if perhaps Mill may be a bit jealous about the bond his girlfriend shares with the rapper, but judging by his relatively relaxed reaction to fans sending him photos of Minaj and Drake getting extra close onstage ("I asked her about how she did that with a boyfriend that was b4 me!") he does not appear to be motivated by that.

In any case, because the Minaj and Drake are so close, she may feel pressure to pick sides in this feud. It's pretty much a catch-22 for her if this is the case; either way, someone's feelings may end up being hurt as a result. For once, fans will probably not want to be in her Giuseppe Zanotti shoes.