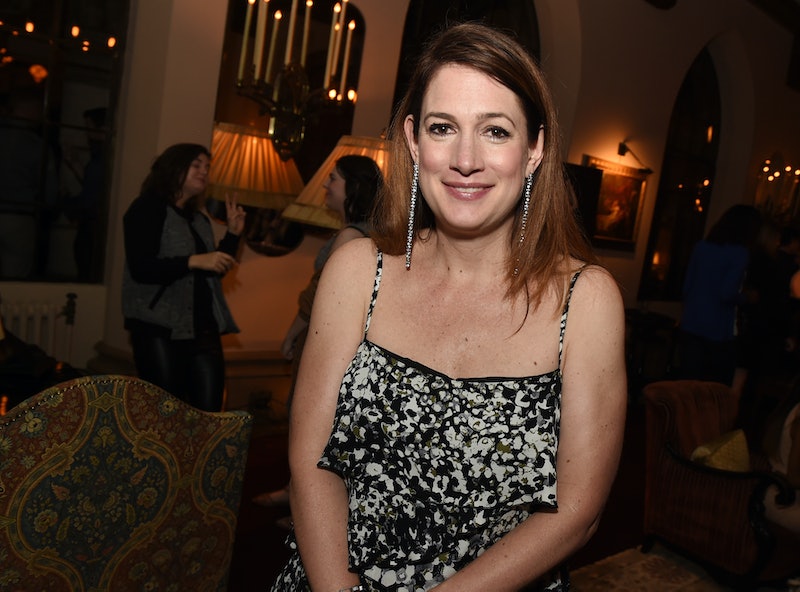 Fans are rejoicing after author Gillian Flynn announced that she would be willing to write a Gone Girl sequel. On Tuesday, in an interview with Marc Malkin of E!, Flynn said that she'd thought about picking up the Dunnes' story in "the teen years with [the] child," referencing Amy Dunne's pregnancy at the end of the novel. Malkin and Flynn were attending the world premiere of Dark Places , a film adaptation of the author's second novel.

Book nerds may be disappointed to learn that Flynn has her sights set more on Gone Girl 2 as a film than as a novel. This isn't to say that she wouldn't write a book, just that she'd only be willing to do so if the film adaptation's director and cast signed on for a second go-round. In January, lead Gone Girl actress Rosamund Pike told Malkin she'd be willing to return for a sequel, "10 years down the road," if Flynn wrote the script.

For a writer who has seen two of her three novels on the silver screen, and is waiting on an upcoming Sharp Objects miniseries, perhaps thinking ahead to her next novel's film adaptation is only prudent. But Flynn's comments may set her up for criticism from longtime fans, who loved her before the success of 2012's Gone Girl , which spent eight weeks atop the New York Times Bestseller List for hardcover fiction.

Despite the chatter, it's unlikely we'll see a Gone Girl sequel anytime soon. Flynn has yet to deliver either of the novels involved in her two book deal with Crown Publishers, neither of which have been mentioned as being a potential sequel. And it will be difficult for Flynn to recapture the success of her most famous novel.

This is all speculation, of course. Witty banter, if you will. For now, fans have the Sharp Objects serial and two new Flynn novels to look forward to, and that's more than enough.