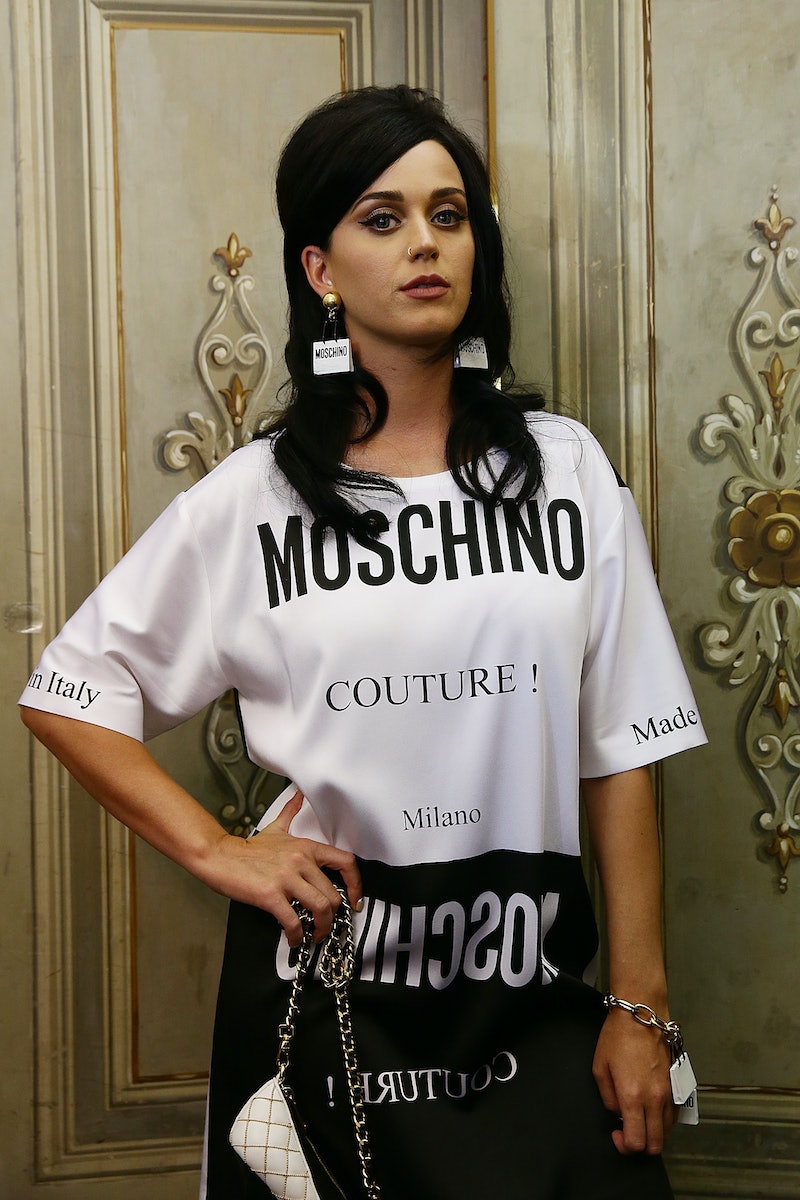 If you didn't keep up with your celebrity news on Tuesday, let me brief you: Taylor Swift and Nicki Minaj got into a "feud" on Twitter. After the 2015 MTV Video Music Award nominations were announced, Minaj tweeted that she believed "Anaconda" was snubbed when it came to the Video of the Year nominations and seemingly took a jab at T. Swift's "Bad Blood" video. Then, Swift responded to the rapper by saying she's been nothing but supportive and Minaj shouldn't pit women against one another. Eventually, things chilled out and Minaj explained that she wasn't targeting Swift. Many celebs have responded to the so-called feud, including Breaking Bad's Aaron Paul, and now Katy Perry has responded to Swift and Minaj by seemingly throwing major shade at the "Bad Blood" singer.

On Wednesday, the "Dark Horse" performer tweeted, "Finding it ironic to parade the pit women against other women argument about as one unmeasurably capitalizes on the take down of a woman..." Basically, Perry appears to be saying that she finds it funny that Swift is against women being pitted against other women, while her "Bad Blood" music video shows women literally fighting other women. On top of this, there are even rumors that "Bad Blood" is about Perry, which Swift hinted at in an interview with Rolling Stone.

Perry went on to tweet that the "real travesty" is that Rihanna's "Bitch Better Have My Money" wasn't included among the VMA noms.

There are a lot — and I mean a lot — of thoughts out there about what Minaj and Swift are saying. Some agree with the "Anaconda" rapper, who made the larger point that black female artists have been snubbed on more than occasion. I can only imagine now that Perry has seemingly weighed in on this "feud" that there will be even more opinions and backlash. You could even argue that Perry is pitting women against women herself by giving her opinion about the situation, especially if she is truly dissing Swift. Should Perry have even said anything? Of course, she's entitled to her own opinion and expressing her thoughts, but there's a very good chance this might add even more fuel to the already fire-filled situation.