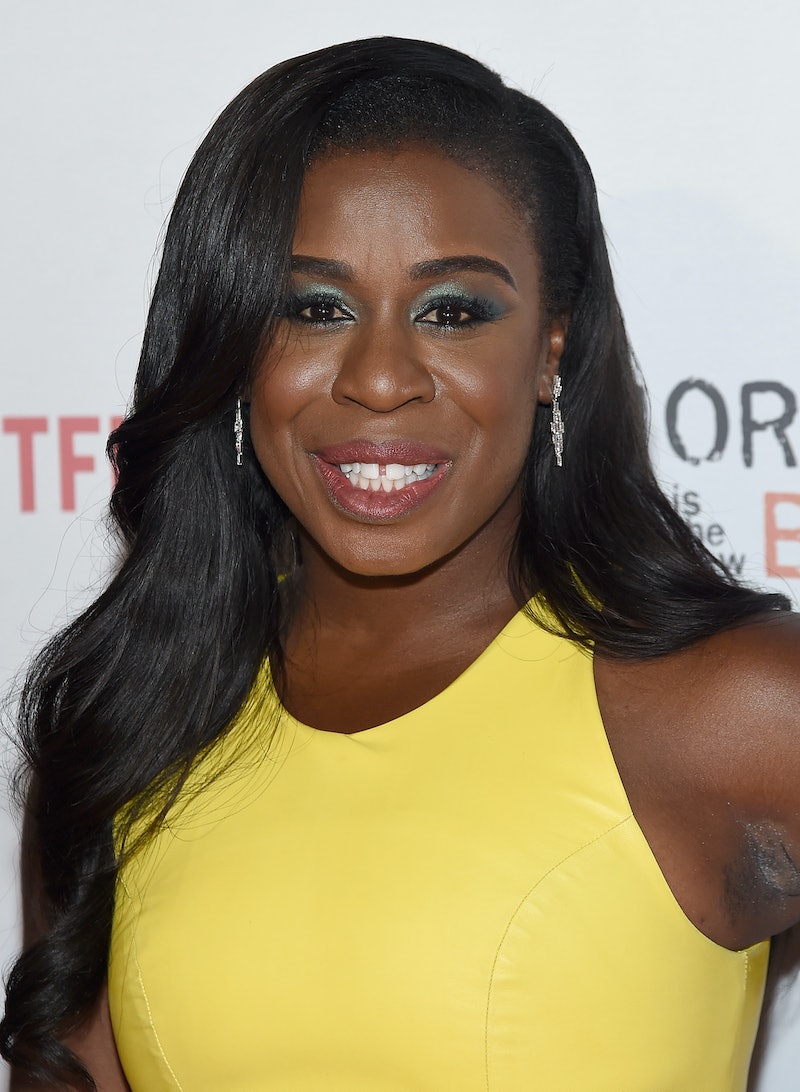 Emmy Award winning actress, Uzo Aduba captured hearts as Suzanne "Crazy Eyes" Warren on Orange is the New Black, and now, she's doing the same in the real world. Aduba spoke about #BlackLivesMatter on The Nightly Show Wednesday, and her message was not only eloquent (as is to be expected from this awesome woman), it is powerful.

For a little background, Aduba's claim to fame series follows the lives of women imprisoned in Litchfield Penitentiary as they deal with day to day nuances of incarceration, as well as reflecting back on the chain of events that led them to Litchfield in the first place. Though the series is told from the perspective of upper-middle class New Yorker Piper Chapman, many of the women in Litchfield are women of color. Though OITNB is a fictional show for entertainment purposes, mass incarceration and especially the overrepresented of women of color in the prison system is a critical issue. According to the American Civil Liberties Union, two thirds of the women who are currently incarcerated are women of color. Furthermore, African-American women are four and a half times more likely to be imprisoned then white women.

And of course, racial inequalities aren't just relegated to the prison system. Instances of racial profiling and police brutality are a near constant discussion in the daily news cycle. Considering the recent and devastating events surrounding Sandra Bland's death — Bland is an African American woman who was pulled over for a traffic violation and was later found hanging in her prison cell — a great deal of reform and work needs to happen. Considering all of this, the #BlackLivesMatter campaign is just as important as ever.

Despite the overwhelming evidence surrounding racial profiling and the need for police reform, there has still be a great deal of push back against #BlackLivesMatter. Thankfully, when Aduba was on the The Nightly Show Wednesday, and she spoke perfectly about the #BlackLivesMatter campaign and why it's so important. Hopefully, her words can help. Aduba said:

I think what happens is that, people think when saying Black Lives Matter they think of it as being exclusionary some how, when it's not really meant to be that. It's not excluding people. On Earth Day we don't include Jupiter we just have Earth, we just celebrate Earth on that day.

As Aduba stated so eloquently, the #BlackLivesMatter campaign is not suggesting that other lives aren't important. Instead, the slogan is stating that Black lives should matter as well. In the wake of the murders of Eric Garner, Trayvon Martin, Sandra Bland, the Emanuel Nine and so many countless others, it's more important than ever to really grasp and understand the racial injustices in this country, and to try and find ways to combat them. When someone says, #AllLivesMatter, not only is it insulting to those who have lost their lives because of racism, but it also continues to invalidate the meaning behind the campaign.

More like this
'Brookside' Is Coming Back & Soap Opera Fans Are Going Wild
By Sam Ramsden
Eurovision Has Been Given A Whole New Look Ahead Of Its Liverpool Debut
By Bustle UK
Man Meets Politics: ‘Boy Meets World’ Star Ben Savage Is Running For Congress
By Jake Viswanath
You Might Want To Rewatch This Key 'On My Block' Scene To Understand 'Freeridge'
By Grace Wehniainen
Get Even More From Bustle — Sign Up For The Newsletter
From hair trends to relationship advice, our daily newsletter has everything you need to sound like a person who’s on TikTok, even if you aren’t.