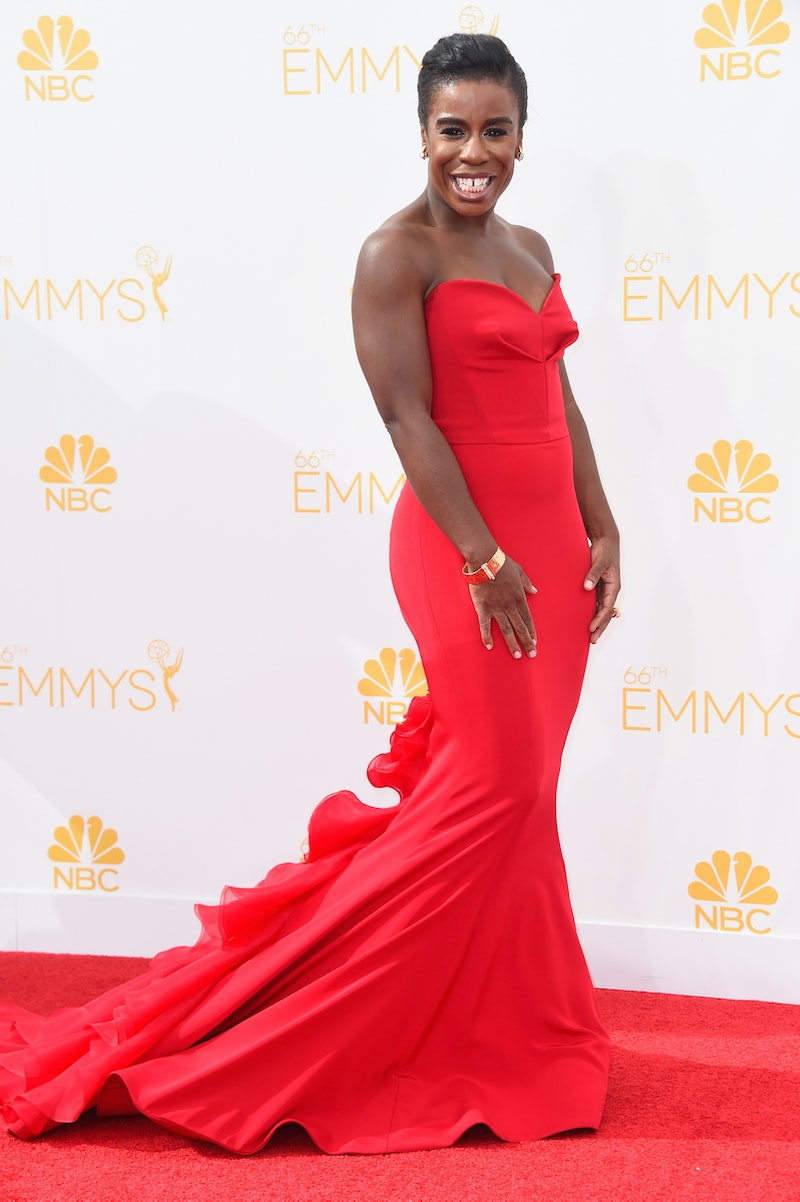 Time flies, and steadfastly attached to one of its coattails are the 2015 Primetime Emmy Awards, but I can hardly manage to pull my thoughts together on which actors deserve those coveted nods. That’s because I’m completely immersed in the fact that Orange is the New Black star Uzo Aduba will announce the 2015 Emmy nominations along with co-host Cat Deeley. Seriously, this is just one more amazing honor that Aduba is completely deserving of, and I’d be lying if I didn’t admit that I’m hoping for a "Crazy Eyes" cameo. Also, here’s to wishing with crossed fingers and clenched teeth that Aduba is on this year’s list of nominees because how amazing would it be to see her reaction to announcing her own name? Obviously, that would make for quite the ultimate selfie moment (#nominated), but it wouldn’t be sweeter than if she actually won the award before? But wait, does Uzo Aduba have an Emmy?

Nothing thrills me more at the moment than affirming that yes, Aduba won the 2014 Emmy for Outstanding Guest Actress in a Comedy Series. She beat out OITNB co-stars Natasha Lyonne and Laverne Cox, along with Tina Fey, Melissa McCarthy and Joan Cusack. Aside from the fact that the award also marked Aduba's first nomination, her victory felt especially sweet knowing that she'd decided to quit acting the day she landed the OITNB role.

Thank goodness for life-changing phone calls, because I couldn't imagine anyone else in the role of Suzanne "Crazy Eyes" Warren. Thankfully, an Emmy win was in the stars for her because she's an amazing talent. Even Aduba's hilarious OITNB audition reel was an award-worthy performance. Her letter to Emmy voters explaining why OITNB deserved an Emmy nod was a heartfelt gesture (reason #1,000,0001 to absolutely adore her), but her portrayal of "Crazy Eyes" just cannot be ignored.

The same can be said for Aduba's incredibly emotional Emmy acceptance speech, which deserves to be watched a second time. Here's hoping she gets to announce her own name on Thursday, because this woman deserves all the awards we can give her.