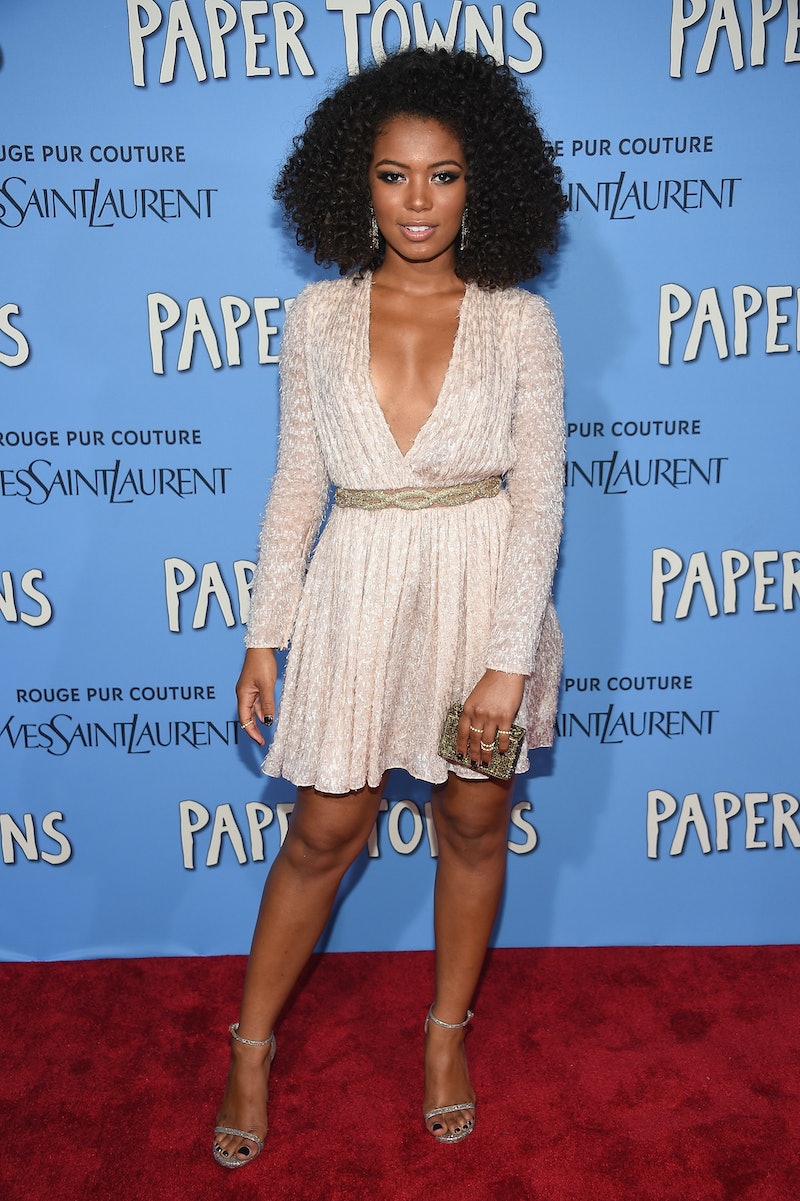 Paper Towns is one of the summer's hottest flicks, and it features some well-known talent. Nat Wolff plays the film's protagonist Quentin, and model/eyebrow role model Cara Delevingne plays the mysterious Margo. But one performance which really impressed me was that of the actress who plays Angela in Paper Towns . Angela was a relatively minor character in the book, a fact which author John Green has said is something he regrets. But the role of Radar's girlfriend is larger in the movie, and it is played beautifully by a talented young woman named Jaz Sinclair.

You may not have heard of her yet; in fact, her stardom is so new that she doesn't even have a Wikipedia page right now. That's about to change in a big way, though. Sinclair has done some serious work in the past year and a half, beginning with a role on an episode of Revolution. The young actress is getting plenty of positive attention from the media for her role in Paper Towns, and she has already begun filming a role in her next film, When the Bough Breaks.

I'm looking forward to learning more about Jaz Sinclair, but I'm already pretty impressed by what I've seen so far. Here are some things to know about the newcomer and her blossoming career.

SInclair had a small recurring role as Tasha Williams on Season 5 of the TNT show.

2. She Was Super Excited To Be Cast as Angela

Sinclair's interview with the New York Times showed her enthusiasm about the script and the opportunity to be a part of the film.

John Green stated on Twitter how glad he was to have Sinclair in the Paper Towns cast. That's 3 "YAY"s.

4. She Has A Sense Of Humor

Two weeks after her casting announcement, Sinclair showed her appreciation for the role with a funny Tweet of her own.

5. She Can Pull Off Glam Or Au Naturale

The performer looks stunning whether she's all done up or barefaced. Love the confidence!

6. Her Next Movie Looks Super Interesting

When the Bough Breaks , starring Morris Chestnut and Regina Hall, is a psychological thriller about a couple who hires a surrogate to have their child, only to discover that the woman is scarily obsessed with the husband. It's set for a 2016 release.

Jaz Sinclair is definitely someone to keep on your radar; she's on a roll that doesn't appear to be stopping any time soon. Catch her breakout performance in Paper Towns if you haven't already, and watch for her upcoming projects. I'll be doing the same!