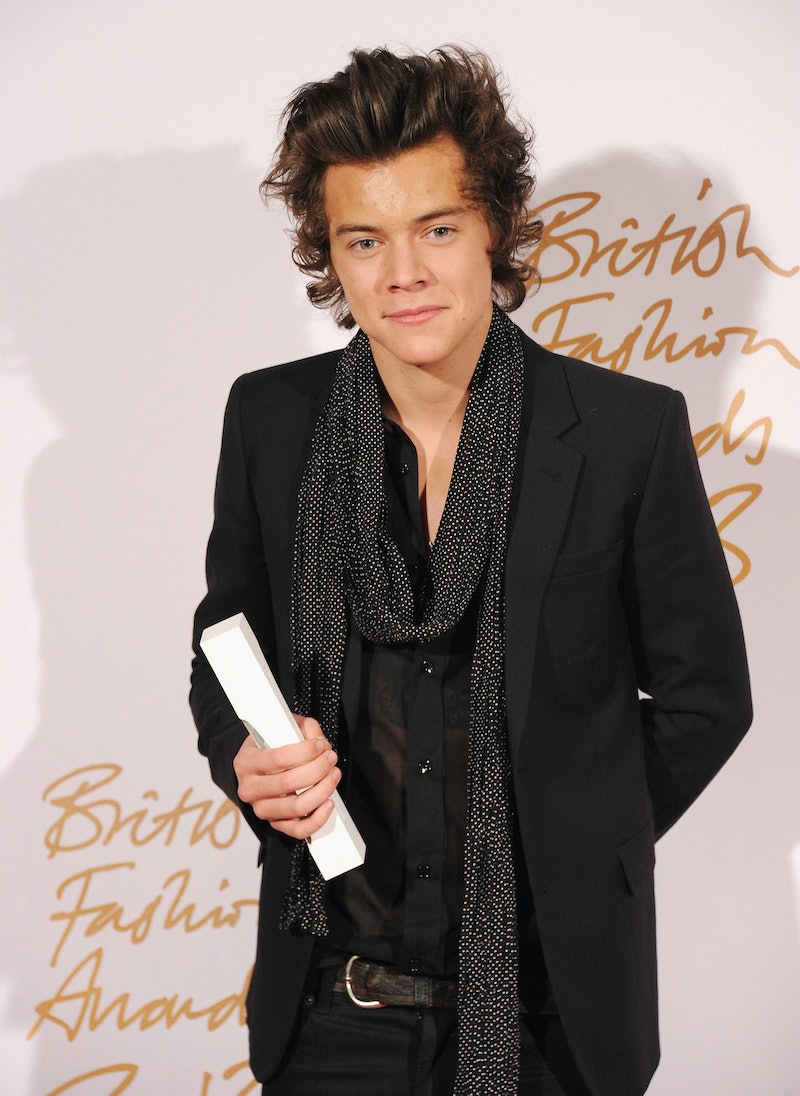 In the five years One Direction have elicited ear-splitting shrieks from a fandom whose passion knows no bounds, the band has essentially lived through multiple eras, from their fetus days in the group's infancy to the post-Zayn Malik reality we are all faced with now. In these turbulent times (especially with Louis Tomlinson's newfound, alleged, role of Baby Daddy and the shaky future of One Direction), I find myself more often than not wishing the world still had 2013-era 1D. Not only was 2013 the year that the band released one of their best albums (Midnight Memories 4 lyfe) and their This Is Us documentary, but it was the year that literally everything about Harry Styles was entirely on point. 2013 Harry Styles was peak Harry Styles, and I'm pretty sure the world needs the morale boost of 2013 Harry yet again.

Here's the deal: 2013 Harry Styles is universally the best Harry Styles, and 2015 Harry Styles should probably have a talk with himself and give the fandom what they (me) need. There are many, many aspects that make 2013-era Harry the best Harry of all, but the most important concern his Adonis-like hair and any time his face was onscreen in the "Best Song Ever" music video. But seriously, every reason is a reason to make 2013 Harry Styles have a comeback. Just see for yourself.

The most crucial aspect of 2013 Harry is his perfectly molded quiff, a truly ethereal hairdo that was clearly some kind of voodoo magic by Lou Teasdale. This thing didn't just defy gravity, it also hypnotized you just by existing. It wasn't a messy moptop like fetus Harry hair, and it wasn't long and tangled like present day Harry's locks. It was perfectly ~HAIRY STYLED~ and it is the first thing that needs to come back.

2. He seduced Zayn in the "Best Song Ever" music video

And simultaneously seduced us all. "Said I have a dirty mouth" + lip bite = "BSE" Harry FTW. Maybe he can even use his power of seduction to bring Zayn back into the band.

4. His solos in "Teenage Dirtbag"

Fortunately, One Direction didn't just limit their swoon-worthy Wheatus cover to 2013 (THANK GOD), but 2013 Harry Styles is literally a god amongst men during his solos in "Teenage Dirtbag."

Harry's hair was at the perfect length for the many, many (many) headbands he wore during this era, and the hats he's wearing now just aren't the same OK?!??!

They're still heart-stoppingly muscular and even more tatted now, but there was just something about 2013 Harry arms that made you realize that he was now a man.

As this post gets significantly more creepy, Harry Styles spent the majority of 2013 with sun-kissed skin and I am 100 percent OK with this.

9. He really grew into himself

At 19, he was still a baby by my then 24-year-old standards, but he was all "glowed up" compared to fetus Harry Styles from the X Factor days. He ditched the floppy hair for a style as high as my hopes, and he looked like a male model at pretty much every event he went to. The sweet bowties and suits were replaced with leopard print blouses, skinny black pants and boots, and Harry Styles was officially a rockstar.

10. He pretended to be fetus Hanson

And the Hanson stan in me lost it. (And then Harry Styles met 2/3 of Hanson a year later.)

12. And he was the perfect kind of rockstar

2013 Harry was carefree Harry. He was already several years into the biz at this point, but he wasn't jaded Harry yet either. He did interviews in which he stuffed marshmallows in his mouth (watch above) and made plenty of dirty jokes. Sure, he was considerably media trained, but not so much that his answers felt canned. 2013 Harry wasn't afraid to be silly and run his mouth, and that is exactly what I loved about him.