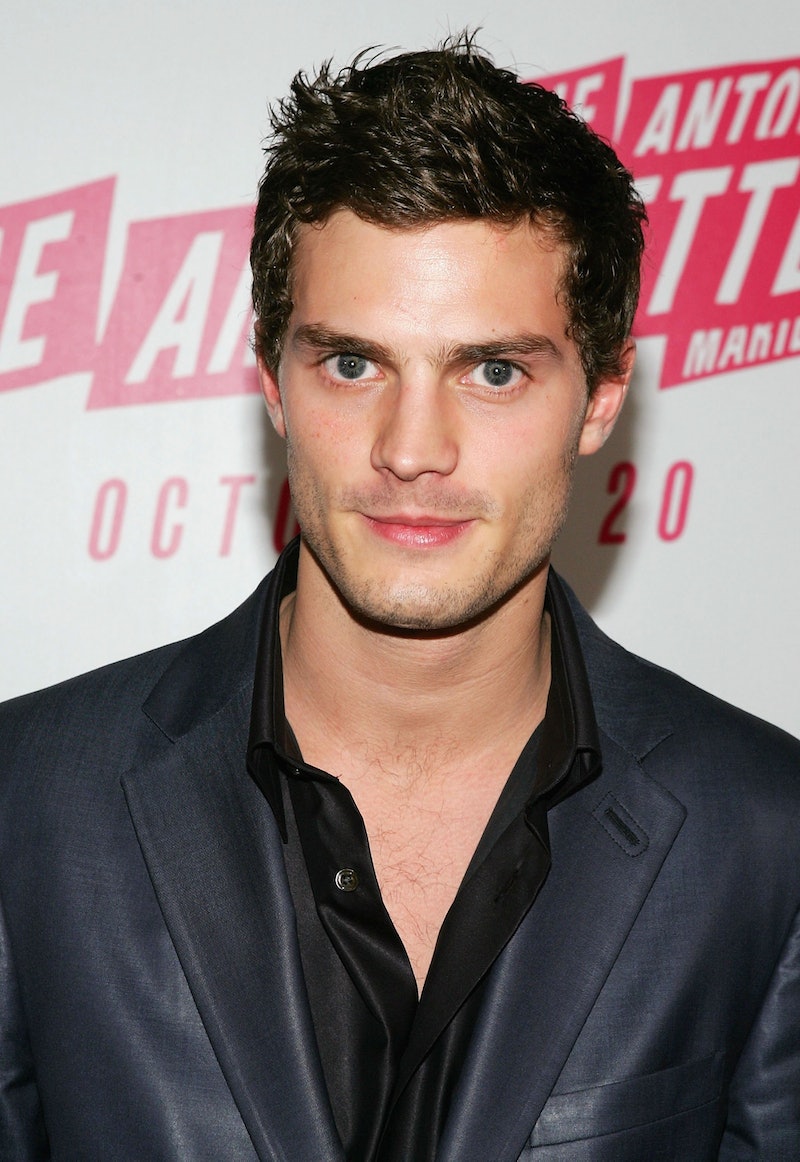 Apparently, producers are just now realizing that the explicit content in Fifty Shades — namely the bondage, and the sadism, and the dominant/submissive roles, and probably that one part with the tampon — might pose an issue when they're attempting to receive a rating from the MPAA. Considering the MPAA once attempted to give Blue Valentine an NC-17 rating for a fully-clothed, hardly explicit sex scene in which Michelle Williams received cunnilingus from Ryan Gosling, this might be a difficult task. One would think that the producers would have realized this before they were on day one of the film's production, but y'know, OK then.

Anyway, the studio's solution to the potential problems they'll run into with the MPAA: They reportedly plan on making two versions of the film, one with all the explicit content from the book, and another, "cleaner" version which will likely receive an R rating, allowing it to play in most theaters nationwide and reach a wider audience. As lead producer Dana Brunetti explained: "Everybody could go and enjoy the R version, and then if they really wanted to see it again and get a little bit more gritty with it then have that NC-17 version out there as well."

Who is this person who is going to see Fifty Shades of Grey twice, though?

More like this
Dakota Johnson Reveals Why Filming Fifty Shades Was “A Battle”
By Rachel Mantock
Daryl McCormack On His Unusual First Audition With Emma Thompson
By Olivia-Anne Cleary
You Might Want To Rewatch 'Elvis' For This Britney Spears Easter Egg
By Grace Wehniainen
What Does The Presley Family Think Of 'Elvis'?
By Arya Roshanian
Get Even More From Bustle — Sign Up For The Newsletter