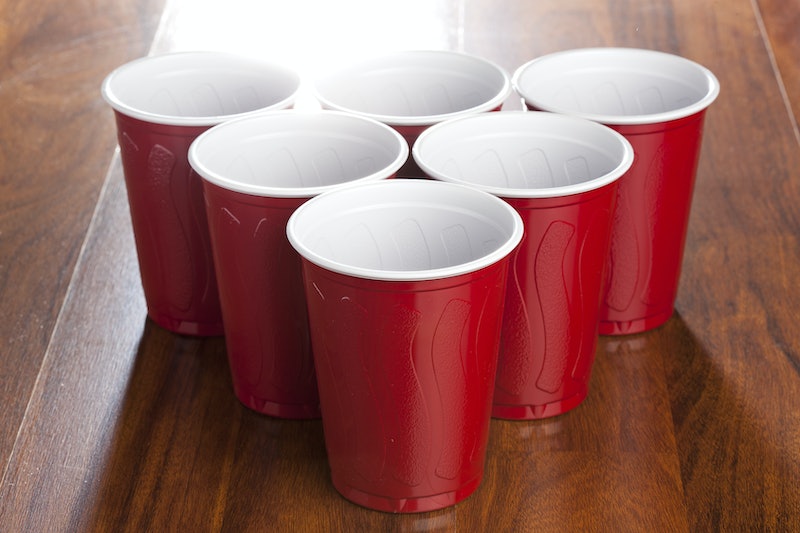 In a plot line that could have been plucked from Silicon Valley, Twitter's San Francisco-based office recently hosted a "frat party"-themed internal office happy hour event, complete with red solo cups, a keg, and an elaborate beer pong setup. A female employee tweeted a photo of the scene (below). Anyone who's watched more than three minutes of a Silicon Valley episode knows that brogrammers are a scourge on the tech industry, who contribute to a hostile work environment that is already painfully devoid of women.

But hey, you know what else frat parties are evocative of? Um, rape. And contributing to rape culture in its victim-blaming aftermath. Not the best tone to strike when Twitter is already mired in a gender discrimination lawsuit involving a former employee who claims "the company’s promotion and hiring procedures fail to ensure adequate diversity in high-level coding positions."

For their part, Twitter execs have already apologized for the isolated incident, telling Fusion:

"This social event organized by one team was in poor taste at best, and not reflective of the culture we are building here at Twitter. We’ve had discussions internally with the organizing team, and they recognize that this theme was ill-chosen."

But the Twittersphere is sadly less concerned than the company itself. Here are some of the responses from Twitter users who just don't get it:

But here's one satisfyingly sassy tweet to help the rest go down: