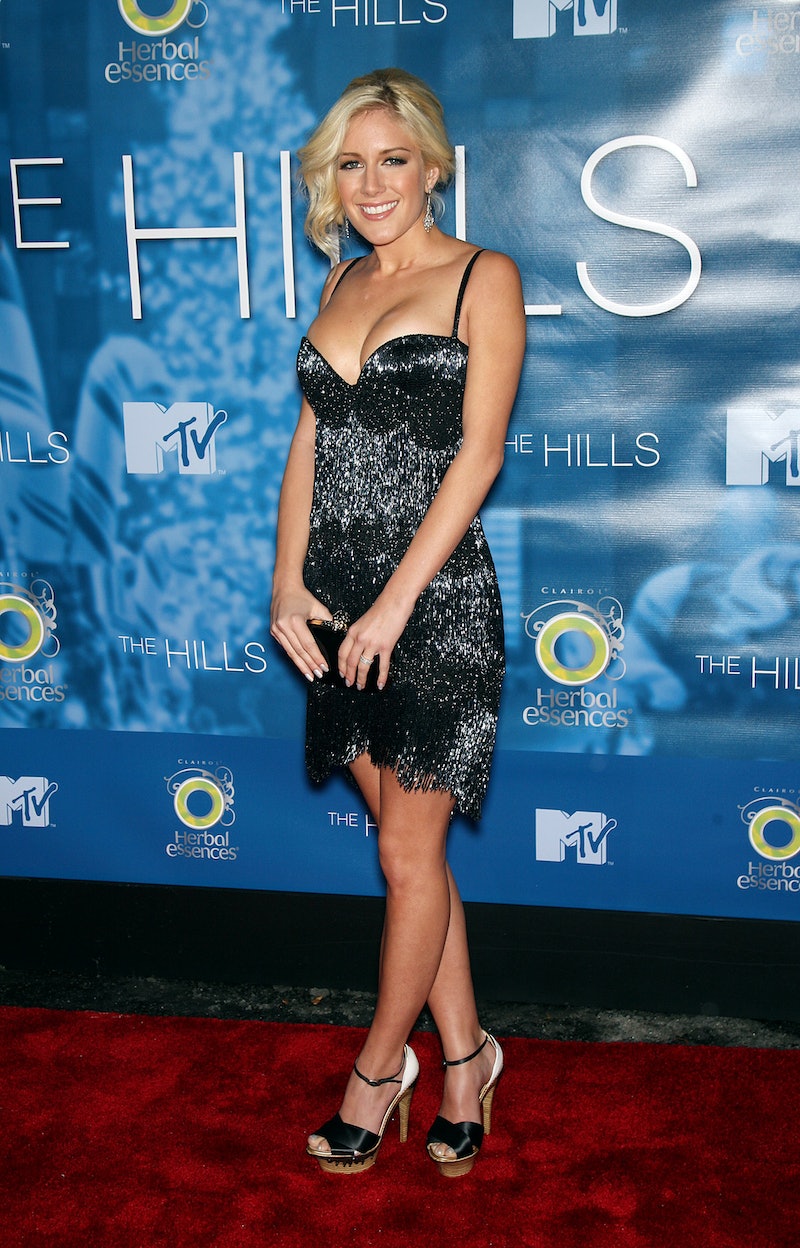 Hold up. It's been seven years since reality TV power couple Speidi gave us the "Higher" music video? Wow. Wow wow wow wow wow. I suppose it’s as the old saying goes: Time flies when you’re re-watching all 102 episodes of The Hills for a fourth time! Back in 2008, Heidi Montag released the vid for “Higher”, a song that might be about pre-sun incident Icarus (and by "might be" I mean "is not"). When the Spencer Pratt-directed clip crashed onto Earth like a Pepto Bismol pink bikini-shaped UFO, it was not greeted with open arms. The reviews did not glow. It seemed like just about every human on the planet was like, “HARD PASS.”

Heidi almost flies away with a flock of birds only to be like "GOTCHA! I'm no seagull."

#Squadgulls. (A standing ovation? For me? Wow! You're too kind.)

Heidi's hair gets tangled up in her swimsuit.

As far as relatable Heidi moments go, this is up there with that one time she painted over Spencer's "Hollywood" wall art mess.

Heidi has a tail.

Oh, what's that? It's not a tail? It's part of her coverup? Meh, whatever. The illusion is good enough for me.

Heidi stars opposite a bottle of sunscreen.

The music video is basically a pro-sunscreen PSA. What a great message!

She takes an iconic dance move and makes it her own. Quite a feat.

Heidi's arm dancing throughout the video is something to behold.

The power! The emotion! The energy! The pizazz!

Heidi almost swims off into the sunset only to be like "GOTCHA! I'm no mermaid."

Oh, that Heidi! Such a kidder.

Heidi rolls around on the beach one million times but never ends up covered in sand.

If I so much as lookat a beach, I'm immediately coated in sand. HOW DOES HEIDI DO IT? The world may never know!

The video pays homage to that one poem I saw hanging up in a bathroom that one time.

You know which one I'm talking about, right? It's something about footprints and sand. I'm sure the name of the poem will come to me eventually.

Heidi becomes one with nature.

Heidi commits to the dramatic sigh.

She really nails this moment.

This video truly has it all: gulls, SPF, and hand dancing. What more could you want?