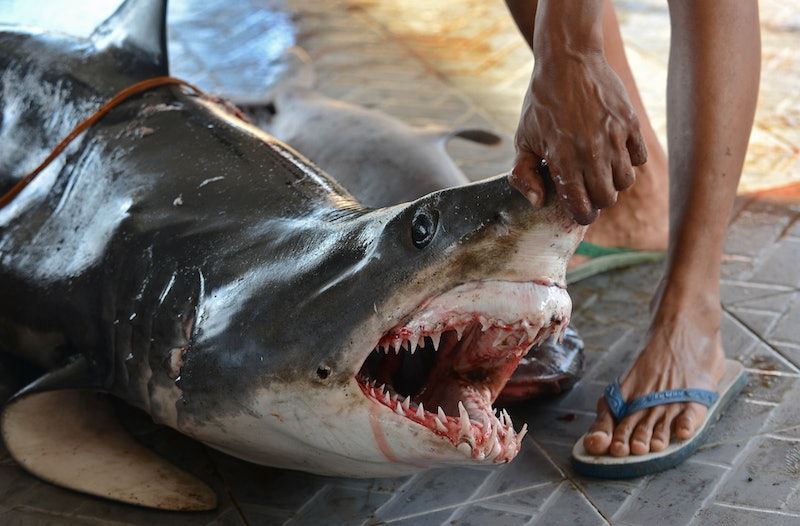 Can Sharknado get even crazier? The answer will probably not surprise you, because it's a resounding yes, of course it can — and it will, because that's what Syfy's original film franchise Sharknado is all about. Sharks, more sharks, sharks, overkill, and more of the sharkiest, cheesiest, and some of worst special effects of all time. (And did I mention sharks?)

The movie franchise that prides itself on being the craziest, campiest, most unabashedly bad series of movies most people have ever seen is truly the gift that keeps on giving. Just when you might have thought Sharknado 3: Oh Hell No was the final installment of this proud franchise and its insane movies, YOU WERE WRONG — because Sharknado never dies. Not long after Sharknado 3 aired on Syfy, the good people at Sharknado & Co. reportedly gave the green light to Sharknado 4 . That's right: it's not over 'til it's over, and apparently, it's not going to be over ever, at all, says director Anthony C. Ferrante. "As long as Syfy wants them, we’ll keep doing them," Ferrante told Variety. According to Ferrante, the Sharknado franchise is just giving people what they want — and what they want is more Sharknado.

If it does indeed happen, Sharknado 4 will likely succeed at fulfilling audience's expectations of a gloriously insane movie if it manages to outdo the ridiculousness that was the last three movies. And, let's be real, it probably will. Here are some of the crazy things that could and should happen in Sharknado 4, because there's no such thing as too much fake blood:

Mr. T Could Punch A Shark

Or someone very closely resembling Mr. T? I'm not picky.

There Could Me Interspecies Mingling Between Sharks And Cats

Escorted by the sharks from Katy Perry's Super Bowl performance, of course.

A Shark Could Eat An Olympian

A Special Appearance From Left Shark

I just want to see more of this.

A Superhero Vs. Shark Crossover

It'd be a plot twist no one would see coming.

He will be missed.