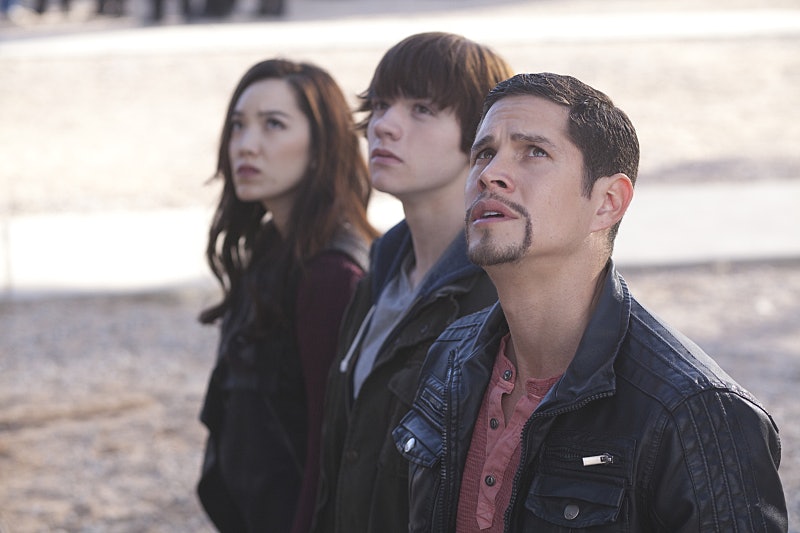 There isn't any lack of crazy TV series out there, but the CW's The Messengers really takes the case for pure insanity. The first season is coming to an end, and unfortunately there won't be a The Messengers Season 2, because The CW cancelled the series in May, as reported by TVLine. It's a tragedy for any fans of the series, but it was probably inevitable. A show that ends with the Four Horsemen of the Apocalypse descending is too strange for this world. But even though it's a disappointment that it will be limited to a single season, The Messengers did get to air all 13 of its episodes, which is more than many other underappreciated series, especially those in the sci-fi or fantasy genres.

There's actually a wealth of other similar shows out there, so no matter what part of The Messengers you liked the most, there are plenty of other ways to scratch that itch. In fact, there are probably more options than ever before — and as a bonus, most of them are available on streaming services and have multiple seasons either already around or on the way. You won't even miss The Messengers after marathoning a few of these shows.

It's one of the sneakiest surprises on the CW, but The 100 turned out to be an underrated science fiction series, and one that's started to blow up on places like Tumblr and Twitter.

It's not a perfect analogy, but Outlander, like The Messengers, blends science fiction (time travel!) with elements that usually belong to fantasy series, like bodice-ripping romance.

If what you really wanted from The Messengers was for it to have more teens, then perhaps you'll enjoy Between, Netflix's new sci-fi series.

No show is stranger or more surprising than Wayward Pines. Not saying that's always a good thing, but it's probably the only thing out there that's pound for pound as weird as The Messengers. Saying any more would be a huge spoiler — just start streaming this one on Hulu before you find out the big twist.

Please don't take this as a huge insult. I promise, it's not meant as one. It's just that if you can follow and enjoy The Messengers' complex mythology, maybe you'll be one of the people who will inevitably fall in love with this Heroes reboot. Though if you're hoping for a show that will get multiple seasons, this might not be for you.

If you like The Messengers, then you'll become obsessed with Sense8. It's the most nakedly ambitious show out there. (But beware, there's plenty of actual nakedness as well, so it might not be as all-audiences friendly as a CW show.) Like how The Messengers' four main characters have a mental connection? Try doubling that, and adding a pan-cultural approach that may not always make perfect logical sense, but the show doesn't run on logical sense, it runs on pure emotion — and in the absence of The Messengers Season 2, it makes a perfect alternative.

More like this
Everything To Know About The Possibility Of 'The Essex Serpent' Season 2
By Rachel Mantock
Marvel's 'She-Hulk' Trailer Is Finally Here & The Hulk Lends A Big Helping Hand
By Grace Wehniainen
Everything To Know About Marvel's 'Echo' Series On Disney+
By Grace Wehniainen
'Gentleman Jack’s Cast & Crew Are Keen On Season 3, Too
By Frances Stewart
Get Even More From Bustle — Sign Up For The Newsletter