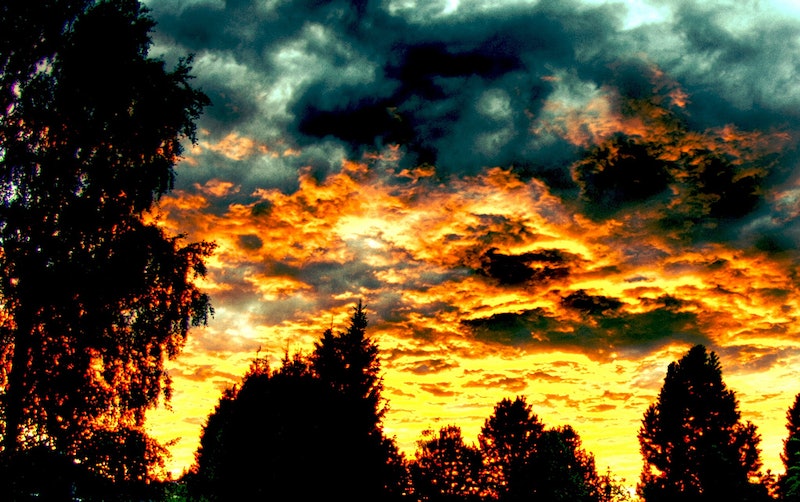 Although some may grow fatigued from the prevalence of bleak landscapes filled with horrific mutations, post-apocalyptic fiction as a genre is just as diverse as it is popular. As Sloane Crosley points out, post-apocalyptic novels written by women and men differ wildly in their treatment of characters' situations and environs. When men write tales of grim, abandoned landscapes and entire cities left dead, their focus centers largely on external violence: "murder, rape, and cannibalism." Women writers, on the other hand, lay their lenses squarely on the internal: relationships, emotions, and memories.

The post-apocalyptic genre began beneath a woman's hand, with Mary Wollstonecraft Shelley's The Last Man . Crosley notes that, even in 1826, Shelley was unconcerned with relating the more gruesome aspects of the plague-ravaged Europe she depicted. These were available in accounts of the very real plagues and wars that had rolled across the continent since the Renaissance. Shelley's story was about internal anguish, not sensational violence.

It isn't that violent fiction can't be feminist; Mad Max: Fury Road proved that it very much can. And it's not that women are shy of portraying horrific events in their work; Emily St. John Mandel's Station Eleven , which joins The Last Man on this list of post-apocalyptic novels, deals frequently with rape and other senseless acts of violence. The difference, Crosley asserts, is that women writers "don’t need to destroy the world in order to imagine what it might be like to feel unsafe in it."

For women, who stand a nearly 1 in 5 chance of being raped in the U.S.,, "[t]he threat of violence is not something ... new." It isn't edgy, and it isn't the sudden product of their new surroundings. There is always the threat of rape and murder, and there always was, even before the world went to shit. Women's post-apocalyptic fiction, then, doesn't use violence to drive its narratives, and that sets it apart from works written by men.

If you're like me, and you're tired of seeing sexual violence used to propel stories forward, check out these six post-apocalyptic novels written by women. Crosley discusses the first three in her New York Times op-ed, and those in the back half are my own additions. Even if you're tired of post-apocalypticism in general, I hope you'll give one of these novels a try.

The Last Man , written by Mary Wollstonecraft Shelley following the tragic death of her husband, tells the story Lionel Verney: living at the beginning of the 22nd century and fated to become the sole surviving member of the human race. Lionel and his small company flee plagues and natural disasters, struggling to survive in a disintegrating world.

Station Eleven has gotten loads of well-deserved praise since its release in September 2014. It's the story of The Travelling Symphony: a theater troupe playing the Great Lakes circuit in the wake of a pandemic. Station Eleven features Shakespearean drama, a homicidal prophet bent on domination, and a near-constant search for the mythic entity known as the Internet.

As an epidemic of deadly amnesia sweeps across the U.S., an immune grocery store employee named Joy signs on for an experimental stay at a research hospital in the hopes of making a better life for herself. But when the medical institution breaks down with the rest of society, Joy is thrown into a cross-country journey in search of a long-lost family.

The Forest of Hands and Teeth by Carrie Ryan

Mary has always lived in a walled village, protected from the vicious Unconsecrated by high fences and faith. When a breach of security allows the undead who inhabit the forest to overrun her home, Mary — joined by her closest friends and family — must journey into the woods to find the other villages they've only recently learned exist.

Parable of the Sower by Octavia E. Butler

In a Los Angeles ruled by anarchy, a young, hyperempathic woman named Lauren develops her own religion — Earthseed — and sets out to find a safe place where it can grow. Parable of the Sower is a brilliant look at human resilience and social evolution following collapse.

Disaster has completely divided the US along class lines. Loners Frida and Cal are living like most of the poor in California : as farmers. When Frida learns she is pregnant, the couple must decide whether to pursue entrance into the safety of a community, maintained by wealthier residents, or continue to exist on the fringes of society's remains.