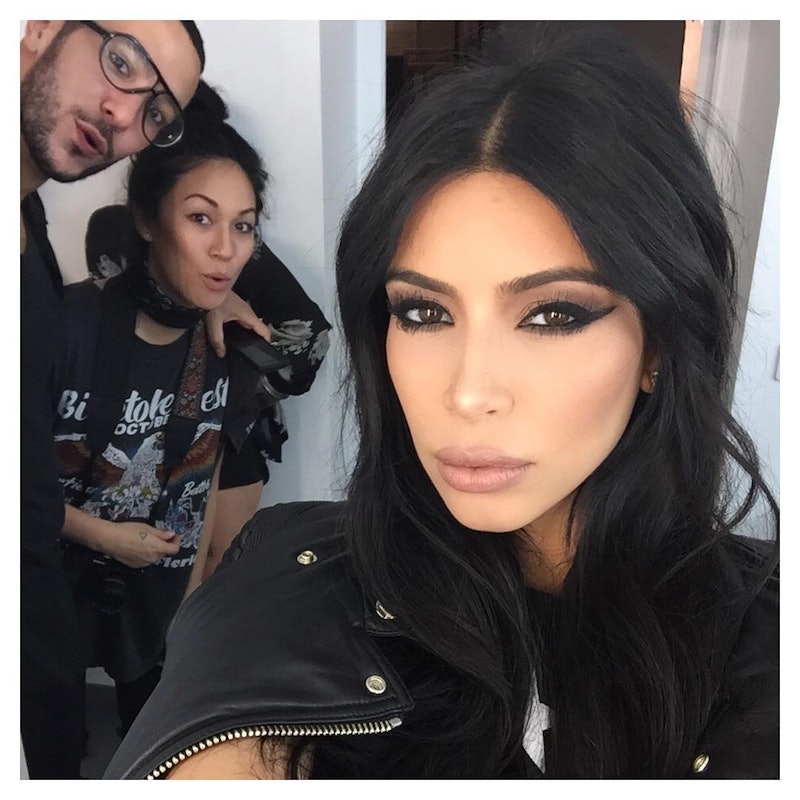 Although it’s not here yet, "vontouring" (vagina contouring) will soon be making its way to a plastic surgeon’s office near you. (The FDA has officially approved it for U.S. practice.) And the best part is that giving your vagina a facelift isn’t going to set you back $5,000, as is the case with labiaplasty. No, vontouring can be done for as little as $300 a session, and it’s far less invasive. So who’s signing up?

Done with a “thermal pen-like device,” cosmetic surgeon Dr. Sharon Giese tells Mashable that it’s no different from “putting in a tampon.” However, instead of sucking up blood and keeping your favorite pair of undies spotless, this little gadget stimulates collagen production, which makes for both firmer and plumper labia and a tighter vagina. It’s called Protégé Intima, but vontouring is far more fun to say. Vontouring.

While it might seem like a whole boatload of unnecessary vanity at first glance, it may be the solution for those looking give their vagina new look after childbirth. According to Dr. Giese, childbirth can mess with the plumpness of the vagina, as well as distorting its features a bit. And that’s not even including what it does to the actual opening. You push something the size of a watermelon out of your vagina, and things can be a little different afterward.

But vontouring isn't only for women who have had children. It's also for women who maybe aren’t so thrilled about the look of their vaginas in general. Since that’s a real possibility, and now you have a new option with this non-invasive procedure, here are six things to know about vontouring.

1. Demand For Vaginal Cosmetic Surgery Has Been On The Rise

According to a salon in the UK where you can get your vontouring in between your pedicure and getting your ears pierced (yes!), the demand for vaginal rejuvenation has jumped 109 percent, at least in England.

As the American Society for Aesthetic Plastic Surgery has found in their studies, the number of vaginoplasty and labiaplasty surgeries went up by 44 percent from 2013 to 2014. What this means is that you're far from alone if you decide you want to get some vontouring.

While tightening up the vagina and making it all pretty does seem like it would be the ticket to better sex, a 2013 study found that wasn’t always the case. Of the 10 women who underwent the treatment, only 40 percent could report back saying that their sexual satisfaction had increased because of the procedure.

While it might seem like taking any device (outside of a sex toy) to your vagina might make for at least some uncomfortable moments, the study found that participants didn’t really feel much during the procedure. Of those who participated, 90 percent reported the treatment “to be comfortable or very comfortable.” Not too bad, huh?

4. The Majority Of Women See An Improvement In Their Vagina’s Appearance

Similarly to the 40 percent who experienced greater sexual satisfaction after the procedure, 40 percent of the patients (although not the same 40 percent) reported “significant to excellent improvement of vulva appearance.” Another 40 percent reported a “significant to moderate improvement of vulva appearance.” Basically, 80 percent of the patients got a better-looking vagina, which is probably one of the big selling factors.

5. You Could Get Your Vagina Contoured On Your Lunch Break

Vontouring has no recovery time and takes only 12 minutes, so you can be in and out and still have time to get Chipotle. About six minutes is dedicated to each side of the vagina, and you just need to wait five to 10 days before your next visit to, you know, give your muscles a chance to get in line with their new shape and style. The one big requirement is that the patient needs to drink plenty of water both before and after the treatment to make sure their body, vagina especially, is adequately hydrated.

6. You Will Need More Than One Treatment

Even though the treatment is short, painless, and cheap compared to invasive vaginoplasty, most women will need four to six procedures. But within three to six months after the final procedure, you’ll be able to look in the mirror and say, “Damn, girl! You are looking good!” And your vagina will thank you in her own way ― maybe with some multiple orgasms later that day, because she doesn’t have the ability to bake you a cake. But she would if she could, and you know it.