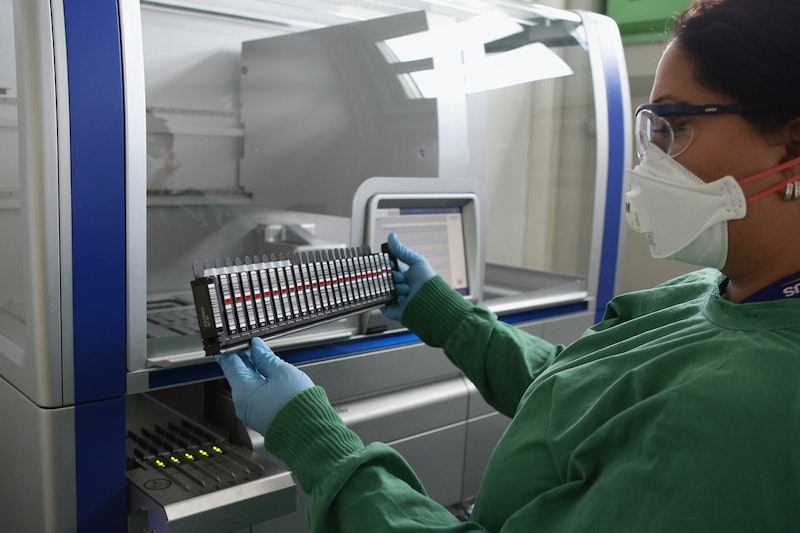 Remember that horrendous advice column Science Magazine ran a few months ago telling a post-doc whose adviser sexually harassed her to "put up with it"? Well, it's back in the news, along with a number of articles in the American Association for the Advancement of Science's (AAAS) publications accused of being sexist and otherwise offensive — because the 600 scientists and supporters who signed an open letter to the AAAS are no longer putting up with what they believe to be the promotion of stereotypes. Thankfully, Science has responded in a way that gives us hope, even though we still have a long way to go on the equality front.

Written Tuesday, July 21 and first released to BuzzFeed, the letter addresses columnist Alice Huang's advice in Science Careers, along with three other "AAAS publications and communications in the past 12 months that reinforce damaging stereotypes about underrepresented groups in STEM fields": An article in Science's Working Life section by a man who unquestioningly describes working 16 to 17 hours a day while his wife does the bulk of the domestic work, a Science cover featuring "headless transgender sex workers of color," and a tweet sent shortly after this issue came out by Science Careers editor Jim Austin under the Twitter handle @SciCareersEditor, which now appears to be deleted, reading, "Am I the only one who finds moral indignation really boring?” However, the three scientists who penned the original letter — UCLA's Aradhna K. Tripati, Georgia Institute of Technology's Jennifer B. Glass, and protocols.io's Lenny Teytelman — along with the 600 people who signed it, found this "moral indignation" not "boring" but justified.

For their part, Science isn't trying to deny the accusation that it hasn't always been the best ally to marginalized groups in STEM fields. "Science and Science Careers in particular have had a couple of missteps, which we regret; they have raised questions about our commitment to supporting women in science. We’ve been rethinking our strategy for Science Careers and are in the process of changing its oversight, but not fast enough," editor-in-chief Marcia McNutt said in a statement emailed to Bustle. Continued McNutt:

Much of our Science Careers content demonstrates our commitment to diversity in science. But we will continue to scrutinize our advice columns, and we will avoid highlighting dated role models in first-person accounts — or will provide alternative commentary or perspective. AAAS (the publisher of Science and Science Careers) as an organization has always been, and will continue to be, strongly focused on promoting the role of women in science — particularly with Dr. Geri Richmond as our president, Dr. Shirley Malcom heading our education and human resources directorate, and more than half of our senior management positions held by women.

The authors of the original letter also intended it not simply as a means of expressing their indignation, but also to use this conversation as a jumping-off point for change. The letter offers several ideas for how Science can do better:

We request that Science’s editorial staff and reviewers work more diligently to ensure that Science’s web and printed material does not reinforce harmful stereotypes that hinder the advancement of underrepresented groups in STEM fields... In particular, we suggest STEM diversity training for Science and Science Careers editorial staff and additional scrutiny of published materials, columns, and comments that are posted on Science’s online blogs and Twitter feeds.

While Science and Science Career's commitment to hiring women into leadership roles is heartening, it's worth noting that doing so doesn't always translate to inclusive policies. But it's encouraging that Science is taking the allegations against it seriously, and it'll certainly be interesting

More like this
5 Crystals To Manifest More Money
By Megan McCarty
Your Home Could Seem So Much More Expensive If You Tried Any Of These Cheap Tricks
By Dena Ogden and Sara Brown-Rigoli
10 Times Boris Johnson Got It Wrong On Trans Rights
By El Hunt and Sam Ramsden
Here's Your Daily Horoscope For May 25, 2022
By Mecca Woods
Get Even More From Bustle — Sign Up For The Newsletter