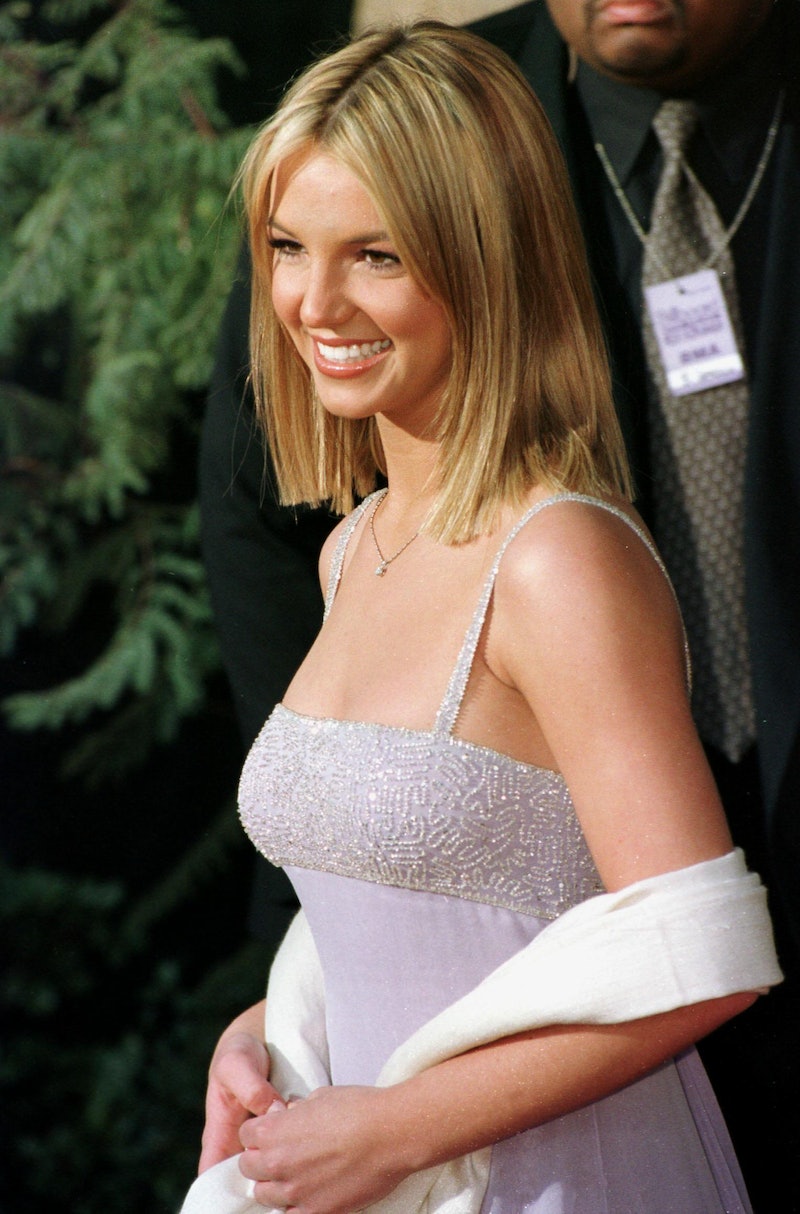 I’d like to take this moment to thank the diligent, hard-working souls who have devoted countless hours to uploading recordings of old TV interviews onto YouTube. I don’t know the first thing about that stuff, but I assume putting VHS content on the Internet requires an overwhelming amount of technology and effort. I'm picturing at least seven different converter cables and 13 floppy discs and three handheld camcorders and several external hard drives and one backup generator. (Is my luddite showing?) ANYWAY, all of this is to say today's technology makes it so I can revisit classic Britney Spears interviews and TV appearances whenever I want, and I'm so lucky (I'm a star).

When ...Baby One More Time dropped, Spears did the thing many pop artists do: she promoted the heck out of her debut album. Between 1998 and 1999, the "...Baby One More Time" singer stopped by TRL, The Rosie O'Donnell Show, and other popular programs to talk about the CD, her Mickey Mouse Club days, touring with 'N Sync, and many more excellent topics. Thanks to the Internet, these interviews and TV appearances have not been lost in the sands of time. Shall we get to it?

I am the face Britney makes when she's telling the Ricky Martin anecdote.

Whoa, I most certainly forgot Howie Mandel had his own talk show (I was more of a Bobby's World fan). Toward the end of the interview, Mandel breaks some major "...Baby One More Time" news to Brit Brit. For a Godney diehard like yours truly, the moment is as exciting now as it was 15+ years ago.

IMPORTANT: I had a pair of those blue and white platform Skechers. Cool story, huh?

My favorite part? When Regis says "Chicken spaghetti!" at the 3:07 mark.

THAT GIRL IS THE LUCKIEST DUCK.

"We've been soliciting faxes from our viewers..."

Real talk: this the best Britney interview ever. More talk show hosts should model their interview style after Live & Kicking's "Fishing for Compliments" interview segment. The BBC kids' show knew what was up.

OK, this is not an interview. This is not a TV appearance. This is a scene from a concert VHS. I fudged "the rules." Why? Because a surprise pizza party with Britney Spears always trumps "the rules."

Ah. Another video that might seem out of place on this list. BUT! This advertisement for the Japanese gummy candy appeared on TV, so it totally counts as a TV appearance. Also? This ad is a candy-coated treasure and I would never forgive myself if I didn't include it.

Thanks for everything, the Internet. Couldn't have embarked on this beautiful journey without you.