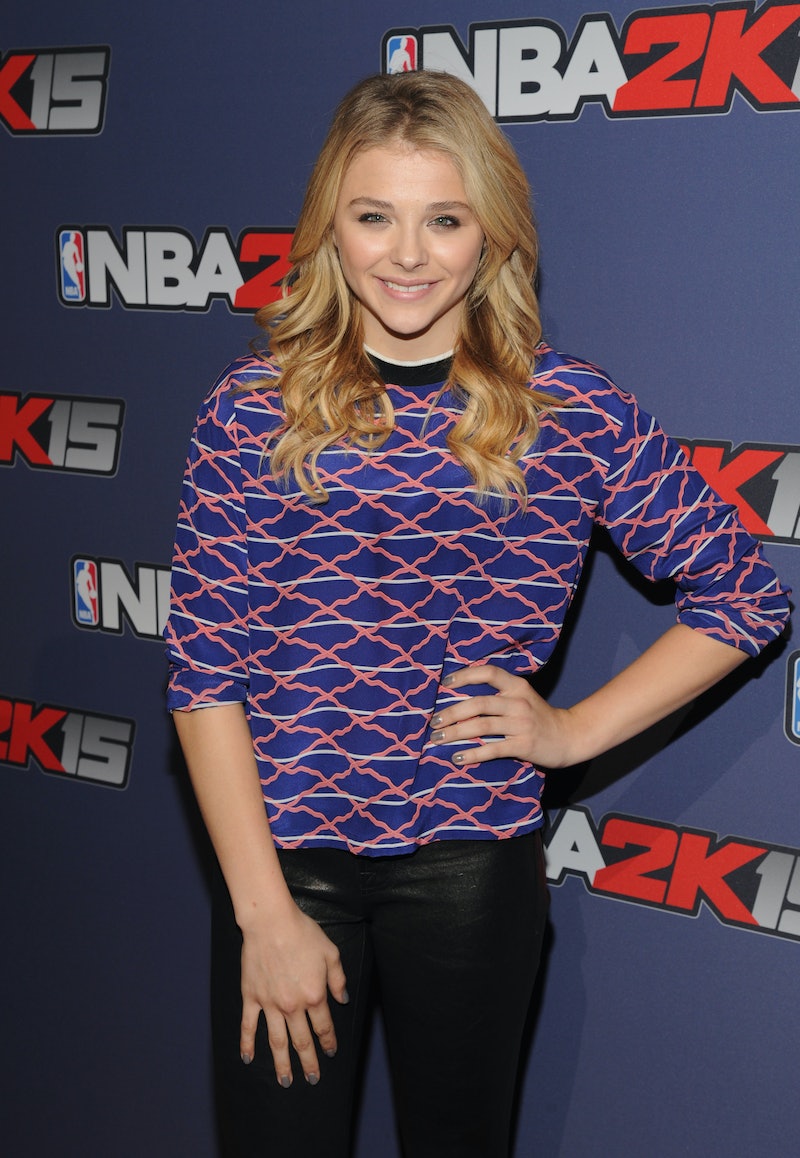 Chloë Grace Moretz is officially the girl next door! After much speculation, the Neighbors 2 sequel has been officially announced — and, even better, it looks like the cast is going to grow just a bit. According to Deadline, Moretz has signed on to appear in Neighbors 2 , and will star alongside Seth Rogen, Zac Efron and Rose Byrne. Neighbors director Nicholas Stoller will also return for the sequel.

Unfortunately, details are very scarce about the project, other than it's set for a May 13 release. (That's less than one year! Yay!) However, it's already cleae that the addition of Moretz will provide an extra dynamic to the already hilarious cast. As you may recall, the first movie centered around the conflict married couple Rogen and Byrne's characters faced when fraternity Delta Psi Beta movies into a house across the street.

Just because not much is known about her role, though, doesn't mean we can't do a little speculating. It stands to reason that Moretz might be heading up some sorority-centric antics in the neighborhood. (If her role on 30 Rock taught the world anything, it's that she's very good at causing mischief.) Considering Neighbors centered around pranks and parties at Delta Psi Beta, I could totally see a sorority moving in on the block to truly turn the street into Greek row. To add drama, perhaps Moretz and her theoretical sorority could bring the mayhem with rushing, hazing or other aspects of Greek life?

On the other hand, since Efron's returning for the sequel, Moretz could have some connection to him. A little sister, perhaps? A girlfriend? A rival in the Greek community? The possibilities are endless, which is exactly why this is so awesome.

Moretz, for her part, has been tight-lipped about the role. While she confirmed on Twitter that "it's the girls' time to take over," she didn't indicate what that meant — and none of the other stars commented themselves, which is only increasing the suspense.

Luckily, we only have about 10 months to wait until the movie hits theaters. In the meantime, I'm going to ponder the comedic super-power that will no doubt result from the Moretz/Byrne collaboration.