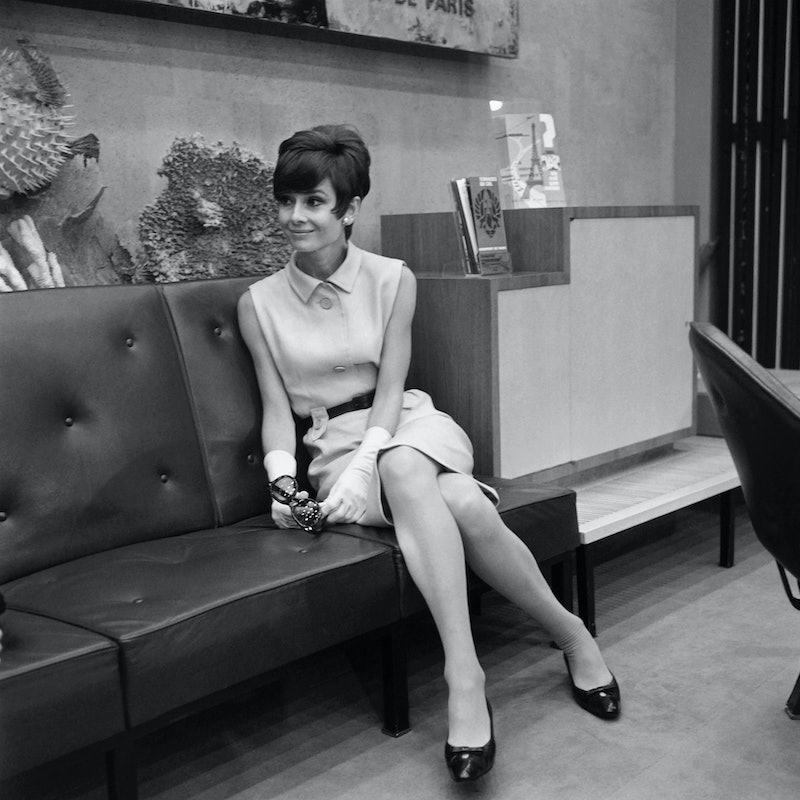 When you watch an Audrey Hepburn movie, you don't just fall in love with the story. You fall in love with Audrey Hepburn's outfits. If you're anything like me, chances are it's the clothes that make the movie. Don't get me wrong: Hepburn's acting was superb, and her co-stars were just as amazing. The plots for each film were also engaging and fun. Hepburn's films are all magnificent and iconic, and the love scenes are brilliantly unassuming and totally dreamy.

But the outfits, oh, the outfits! Hepburn is the epitome of class and style for many fashion-loving folks, and, as we know from her being Hubert Givenchy's muse and all, she herself inspired the looks that we have all come to know from her famous movies. An ultimate style icon, is she not?

So, do you have a favorite ensemble of hers that just seems to make the world better whenever you look at a picture of it or see it on your television screen? It could be that your affinity for that outfit says more about you than you ever realized. Let's take a look at seven of Hepburn's most brilliant and recognizable outfits and what they might say about your personality.

It's not hard to tell from the photo that Ms. Hepburn's character is having a blast on that ride through the city streets. Much like her character and this fun little outfit, you are all smiles most of the time. Having fun in life is one of your top priorities. Keep it up, you little charmer, we're all happier with you around.

2. The Yellow Coat In Charade

Bright but in a demure way, this mustard yellow coat dress is spot on for the autumn season. You're a bit spot on for the autumn season, too. You light up a room whenever you walk in, but you don't need the attention to stay on you. In fact, like Hepburn's character in Charade as she deals with her late husband's old friends killing each other off to get a load of money, you'd rather there not be so much attention on you. You've got a way about you, though, and often find yourself flirting with either disaster or love.

3. The Opening Scene Dress In Breakfast At Tiffany's

Arguably the most iconic of all of Audrey Hepburn's movie dresses, this look has been reproduced so many times through the decades that it's almost cliche. So you're a little predictable as a person, but who cares? You're dependable, stable, and you simply understand how to know what people love and adore in life, so they can count on you to always come through.

4. The All White Get Up In How To Steal A Million

Just like this ensemble is all matchy-matchy, you've got a big desire for everything in life to have its perfect place. You're organized and to the point, and there isn't any room for guess work in your life. You notice the little things, though, and you likely march to the beat of a different drum than most.

5. The Dress At The Horse Race In My Fair Lady

Some might call it over the top. Some might say it's elegance personified. Either way, this dress, like you, is a show-stopper! Your love of frills and fritz keeps you on top of the world. You probably do most things in life with a go-big-or-go-home mindset, and it clearly sets you apart from everyone else. You're simply fabulous, darling.

In one of Audrey Hepburn's famous photograph series, she's wearing this Edith Miller striped top, sipping a drink, and reading a book. That's pretty much your life philosophy. If you're not making time for the good things in life, what is life anyway? You've got a casually chic way about you, and you're not afraid of being tied to some of the traditional things in life. You're a total class act.

7. The All Black Outfit In Funny Face

Singing and dancing extraordinaire, Hepburn's character in this outfit is a major heart warmer. You've got that super artistic side to yourself, and your love for the creative comes out in every aspect of your life. Whether you're a musician or a poet, the all black ensemble basically solidifies your sense of style, and people can't help but notice you've got that creative genius about you. Keep making things happen, girl!

More like this
On The Enduring Allure & Power Of Princess Diana’s Uniform
By Eloise Moran
Bella Hadid Just Wore Y2K-Inspired Pacifier Earrings
By Natalia Perez-Gonzalez
Yes, You Can Buy Off-White’s New Beauty Range In The UK
By Tomi Otekunrin
10 Show-Stopping Manicures From The 2022 BET Awards
By Paris Giles
Get Even More From Bustle — Sign Up For The Newsletter