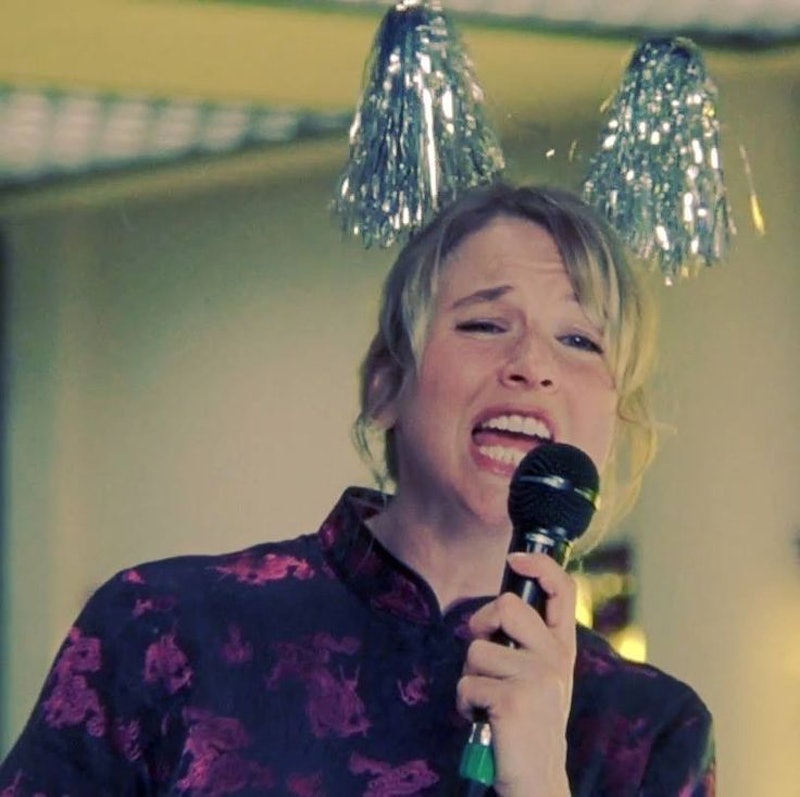 Once again we've made it to December, which means awkward stuff like bad gifts, mistletoe, dressing for transitional weather, and the office holiday party. These parties have become a big thing over the years as some companies spend hundreds of thousands of dollars in an attempt to keep their employees happy (I'd prefer a larger salary, personally). Television shows like The Office and Mad Men have also cemented the idea of the office holiday party as a time of extreme awkwardness with your coworkers and an excuse for absolute debauchery.

But this is not television — you have to work with these people the next day so you need to be very aware of your behavior during the festivities. We're not saying don't have a good time, but just remember where you are. This can be a prime chance to build relationships, but it can also be ripe with opportunities to mess things up. Here's a list of tips for gracefully surviving the office holiday party. We recommended you print it out, put it in your purse, and review it after each glass of champagne punch.

1. DO attend the festivities

Though the party may not be mandatory per se, you are absolutely expected to go. It shows company camaraderie and, even if you don't like your coworkers, it demonstrates that you're putting in an effort. And don't do the thing where you come an hour late and leave an hour early. Stay! Enjoy those sad appetizers!

2. Only bring a partner if you are told to

Jason Gay of The Wall Street Journal pointed out that there are two kinds of office holiday parties — those that encourage you to bring your significant other and those that are just for the employees. Make sure you know which one you are going to before you bring your boyfriend — there's enough awkwardness potential here already.

Gay writes, "Friends and family parties end promptly at 9 p.m. and everyone gets home safely. Employees-only company parties usually last 36 hours and result in at least six people being reported as missing." There will also be likely be some incriminating iPhone footage.

The holidays may be the perfect time to get those sparkle-adorned outfits out of your system for the year, but this is not a Saturday night at the bar. Do not let the girls out to play. You can embrace the holiday spirit, but with appropriate hemlines and tasteful décolletage. If you're new to the company, talk to co-workers who have attended previous office functions to get a sense of what you should wear.

4. Do not monopolize your boss

You absolutely need to schmooze it up with the boss, but do not stand next to him for the entire evening. This is also not the time to bring up anything major, like telling him how much you deserve a raise or asking questions about your annual review. Take this opportunity to network with other higher ups in the company, but don't follow them around like a puppy dog all night. You're a colleague, not a fangirl.

5. Keep the conversation light and merry

Do not bring up religion or politics, and don't reveal yourself as the office gossip. Tom Gimbel, CEO of Chicago staffing firm LaSalle Network, told The Wall Street Journal , "You want to be known for your work ethic, you want to be known for the work product that you put out, and at a holiday party, you don't want to be the one telling everybody who's making out with whom and who's fighting with whom." If you must, save discussing the office hookups for boozy brunch with (non-work) friends later in the week.

6. Don't hookup with your coworker

You may have found the Jim to your Pam that night but this is not the time for a coat closet makeout. If alcohol is involved or even if it isn't, you'll just find yourself having to deal with HR. This GIF makes it look pretty damn tempting though, doesn't it? Sigh.

Monitor your alcohol use! Yes, it may seem like the only thing that will make talking to Steve from accounting bearable is three glasses of whiskey, but you could find yourself in big, embarrassing trouble. What if Steve looks kinda cute after three classes of whiskey?? If you're feeling too drunk then start sipping water and eat something so that you don't get out of control. You do not want to end up in Bridget Jones territory.

With this crowd, I'd say mom dancing is your best bet — you know, snapping your fingers and shuffling side-to-side like Diane Keaton in The First Wive's Club. And absolutely no twerking. And don't be the first one to dance. Let someone else do that.

More like this
An Open Letter To The Person Who Bought Steve Jobs’ Birkenstocks For $218,000
By Ginny Hogan
8 Money Saving Experts To Follow For Accessible Advice
By Maxine Harrison
15 Ways To Deal With A Toxic Family During The Holidays
By Gabrielle Moss and Carolyn Steber
21 Absolutely Adorable Christmas Gifts For Dogs
By Carolyn Steber
Get Even More From Bustle — Sign Up For The Newsletter