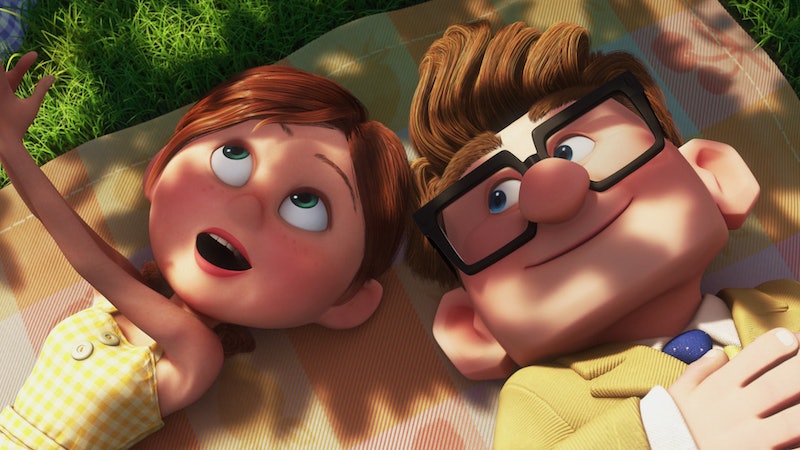 Disney films are often scrutinized in terms of how feminist they are and aren't, mostly out of our grown-up attempts to reconcile childhood princess dreams with the real world we live in today. Considering the many decades worth of Disney and Pixar films that children are exposed to, this isn't often easy. However, let's not talk about princesses for a moment — who are the most feminist male Disney characters of all time? Wanting gender equality and tolerance everywhere isn't reserved for 50% of the population, and patriarchal stereotypes are harmful for boys as well.

Of course, there are many subsets and differing approaches to feminism and its intersections, so it's difficult to make a definitive ruling either way. One might say the Beast is feminist because he gives Belle a bunch of books; another might say he's not because he threatens to starve her unless she puts on a pretty dress and joins him for dinner. However, there are certainly a few Disney boys and men who nearly all viewers could agree are feminist.

From a dad in Inside Out who plays hockey with his daughter to a rogue like Flynn Rider who gave up everything for Rapunzel, here are a few princes and heroes who would definitely take up the feminist cause.

On one hand, this guy is looking for the woman who saved his life because he's like "that girl's awesome and I want to thank her, not hide forever in my manly shame" or whatever. On the other hand, he doesn't seem all that concerned that on his first date with Ariel, she doesn't talk. But on the other other hand, in retrospect it would have been weird if he'd kissed her during said date. Good call, Prince Eric.

Arendelle itself is a pretty feminist place, with a teenage Queen and all. Plus, the trolls that raised Kristoff are super progressive. You know he's a big supporter of equality, even if it also includes reindeer.

Are these two lions ever not seen as equals? Mufasa was most assuredly a feminist too, so it's in Simba's blood.

If Carl and Ellie aren't your feminist #RelationshipGoals then I don't know what to tell you.

Hey, even ladies men can be feminists! Naveen also learns how to cook, which isn't necessarily gendered, but a big sign of growth for his character.

Dory and Marlin are one of Disney's best platonic relationships and Marlin was a big supporter of Coral before her.

When it comes to equal pay for superheroes, Bob Parr definitely campaigned alongside his wife.

I sometimes worry that the feminist irony in the catchy Mulan songs won't be apparent to little kids. However, Shang is a good example of a character who breaks out of his patriarchal system and ends up supporting the heroine.

Sure, the guy does make some mistakes early on. However, at the end, he's fully supportive of Jasmine being able to make her own choices. The Sulton gets an honorable mention here as well!

Feminism in Disney movies isn't limited just to the women, and generations of kids are better for seeing both male and female characters stand up for equal rights.