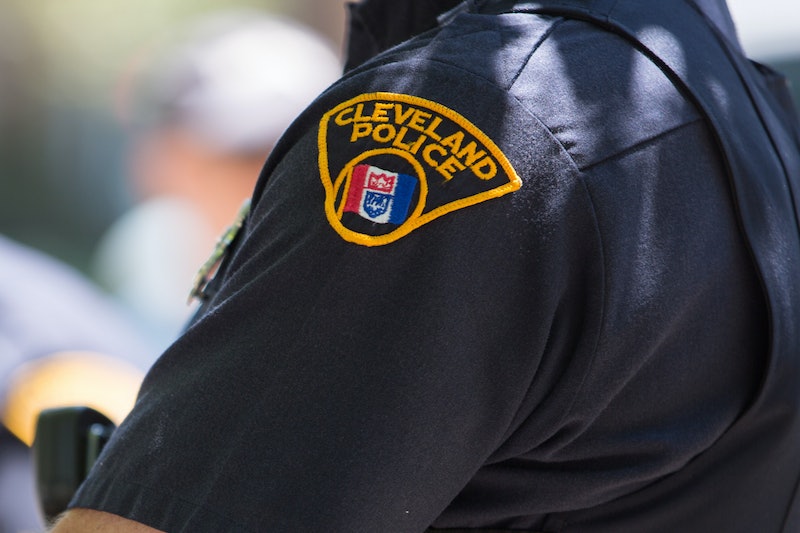 The event comes at a time when the nation's attention is on how police interact with black communities — specifically on the alarming number of reports of police using violent methods in minority communities and deaths of unarmed men and women while in police custody. According to the conference website, the event included film viewings, panel discussions, art and multimedia appreciation, and spiritual healing seminars in order to "strengthen a budding community that is diverse in voices, origin, perspective and strategy."

Relations between Cleveland police and the city's black community have been tense following last November's death of 12-year-old Tamir Rice. A two-year federal investigation into the department's practices uncovered "a pattern of unconstitutional policing and excessive force," according to The New York Times. The police department was subjected to independent monitoring following the Tamir Rice killing in order to reform its practices.

It's unclear what sparked the incident between Cleveland police and attendees of the Movement for Black Lives conference. However, several journalists and commentators there claimed the incident began when police attempted to detain a young man they believed was violating the city's open container laws. Using the conference hashtag #M4BL, several eyewitnesses offered a real-time account of the altercation with police.

The Cleveland Police Department has not yet issued a statement about the incident, and the department spokesperson did not return a message left by Bustle. We'll post more information as it becomes available.