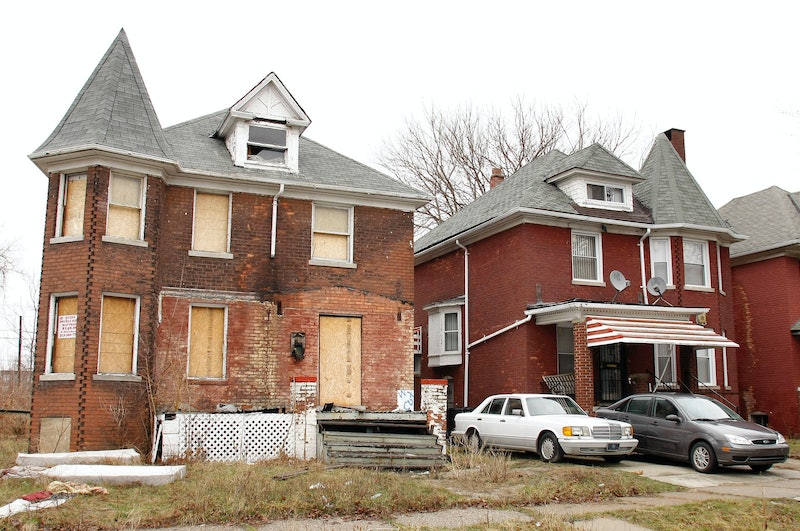 The Motor City is officially out of gas. In a landmark decision Tuesday, U.S. Judge Steven Rhodes officially declared Detroit bankrupt. The city's failure to secure more credit (and its legal inability to raise taxes) left the city no recourse to pay its $18.5 billion debt. The decision makes Detroit the largest city in U.S. history to ever go bankrupt.

The first three tests were all approved by Rhodes, but the last one gave the city some hangups, since it's been under debate since the trial began in October whether Detroit did indeed negotiate in good faith. In the end, Rhodes gave the Motor City a pass — the city was so in debt that negotiations wouldn't have likely gone well anyway, and the city is in such dire straits that it needs help ASAP.

The bankruptcy ruling had been supported from the beginning by the city's Michigan-appointed emergency manager, Kevyn Orr, who said it would be the best chance for the city to get back on its feet.

"It is indeed a momentous day," Rhodes said. "We have here a judicial finding that this once-proud and prosperous city cannot pay its debts. It's insolvent. It's eligible for bankruptcy. At the same time it has an opportunity for a fresh start." (It's certainly a better idea than this.)

Those most affected by the ruling are likely to be the same blue-collar workers who helped make the city what it was in its heyday: Labor unions and pension funds will take on most of the austerity measures. Furthermore, retiree pensions will likely be cut to 16 cents on the dollar, which contradicts the Michigan state constitution's clause against slashing pensions.

Creditors will also lose out on 90 percent of the money they've lent to the ailing city: Debts will be settled for as low as 10 cents on the dollar.